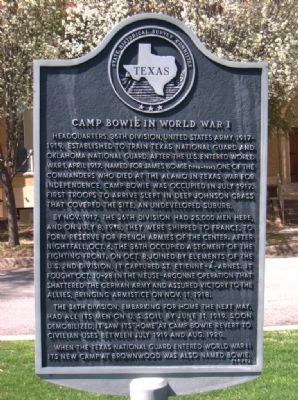 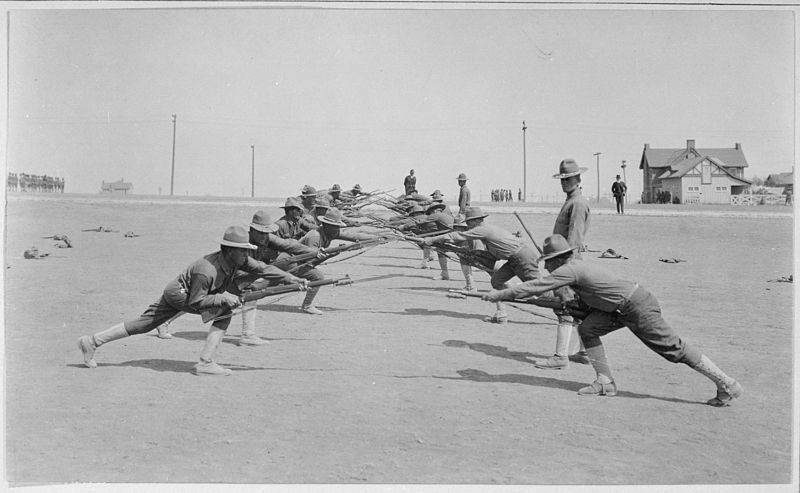 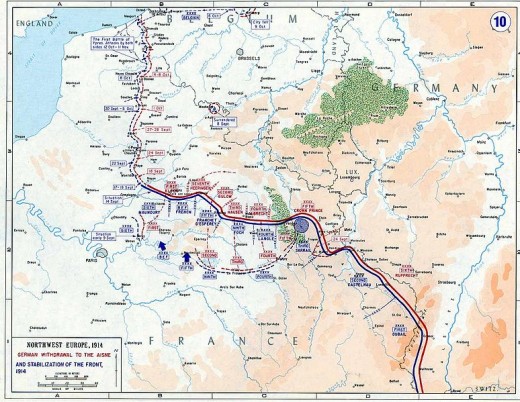 The 36th Division was stationed at Camp Bowie and by November of 1917 had 25,000 men at the camp. These men were sent to France on July 8, 1918. The 36th joined the fighting front on October 6 and on October 8 joined part of the US 2nd Division and captured St. Etienne-A-Arnes and also fought in the Meuse-Argonne Operation.

The Allied force’s final offensive, of which The Meus-Argonne Offensive was a part, stretched along the entirety of the Western Front and lasted 47 days, from September 26, 1918, until the end of the war, Armistice Day November 11. The Meuse-Argonne Offensive was the costliest maneuver of the American Expeditionary Force in terms of human life, 26, 277 were killed and 95, 786 wounded. The Grand Offensive, as the final offensive is sometimes known, is credited directly for having led to Armistice Day. The armistice was signed between the Allied Forces and Germany in France.

Although Armistice Day marks the end of the war on the Western Front, fighting still went on in other parts of the world, particularly in the then Russian Empire and in parts of the Ottoman Empire. Many historians consider the ability of the French and British forces to fight continuously over four years in what was eventually a costly stalemate as detrimental to the spirit of the German forces. The Meuse-Argonne Offensive is also known as the Battle of the Argonne Forest, as the American forces advanced through the Argonne Forest throughout the battle.