Thomas Bailey Saunders was born in N. Carolina in 1846 and moved to Texas in 1850. He started a cattle ranch near Gonzales. The Saunders family is actively involved in the Texas cattle industry to this day. 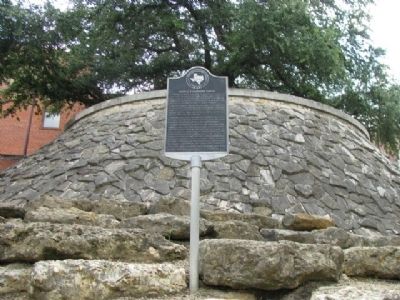 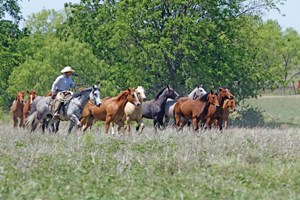 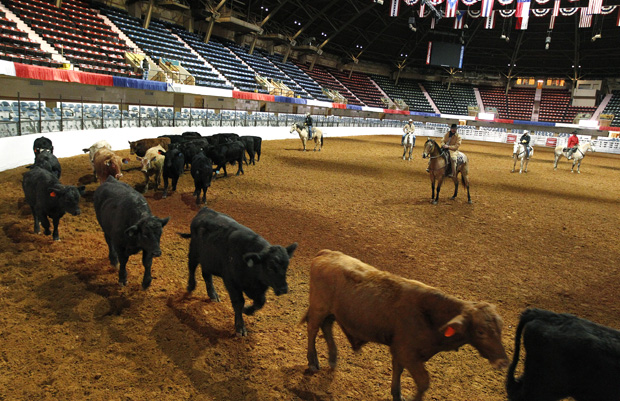 Two of Saunders’ sons became involved with the cattle industry as well. William David Harris Saunders supplied beef for the Confederate Army during the Civil War and later became a successful merchant and rancher. Another one of Saunders’ sons, George Washington Saunders, was a trail driver during the 1870s and opened a livestock commission in San Antonio.

Through the generations, the Saunders family has continued to be a major player in the cattle business of Texas. Thomas B. Saunders, II, William’s son, opened a livestock firm in Houston and later became the Fort Worth Stockyard’s first cattle dealer. His son, Thomas B. Saunders, III, was involved with the ranching business all throughout the Southwest.

The Saunders family is now on its sixth generation of doing cattle business in Texas. The family owns Sanders Ranch in Weatherford, TX. Today Thomas B. Saunders IV and his son, Thomas V, run the ranch and the ranch has been in the family since 1934. The ranch is still very much a family-run endeavor, with very little outside help hired. Most family members lend a hand in whatever way they can, with the women of the family being equally good and respected cowhands. The family handles about 600 head of cattle between Texas and Arkansas. The family heritage is much celebrated; a bunkhouse on the ranch has been converted into a museum containing family memorabilia, including photos that date back to the early nineteenth century. Today, Saunders horses have had a variety of film appearances, including a Bud Light commercial and films such as “The Alamo” and “Secondhand Lions.”