The new public school opened on September 20, 1893 and shared the space with the Normal School until their own building was opened in October 1896. 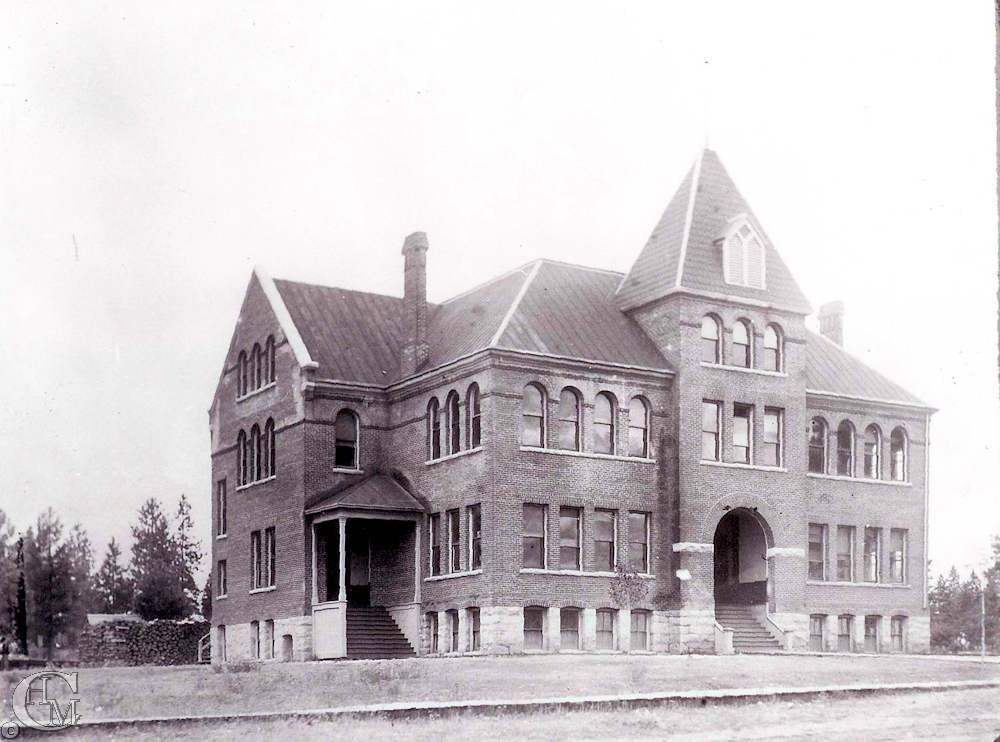 When the Governor vetoed funding to rebuild the Normal School in 1893, the people of Cheney voted to tax themselves bonds in amount of $19,000 for erection of new brick school building erected near the corner of 4th and D streets. Prior to this, public school classes had been held in the old wooden county courthouse building that had been moved to the corner of 4th and E [College].

The new public school opened on September 20, 1893 and shared the space with the Normal School until their own building was opened in October 1896.

At first the school housed the eight grades of what was called the common school, since high schools had no legal status in Washington until 1895. The following year the Cheney School District began to offer its own high school curriculum.

Each year the curriculum improved, and by 1909 Cheney High School was heralded among the best high schools in the state. In May of that year, the first high school graduation was held with five students receiving diplomas. Those first graduates were:  Leslie Crawford, James Cossalman, Claude Cartwright, Martin Holter, and Welba Monk.  L. L. Hay was the principal, and John F. Oppliger was the school board president. The senior class colors were purple and white, and the school colors were maroon and Black, as they are today.

In 1913 with the new high school in place, the old public school had more room for the elementary and junior high students. By 1921, remodeling damage and deterioration caused the district to condemn part of the old building. As a result, Superintendent J. W. Lindley and Principal J. W. Hodge arranged an agreement with the Normal School. They sent the first through sixth grade students to the Normal Training School, while the seventh, eighth, and ninth grades continued in the public school building.

The old building was demolished in 1929 in preparation for the construction of a new high school on the site. Bricks from the building were reused in the new school.