The Blackstone Hotel, now known as the Renaissance Blackstone Hotel, is a historic hotel located in the Loop district of Chicago, Illinois. Built in 1908 and named for business executive Timothy Blackstone, the hotel was known primarily for its luxurious accommodations, as well as its history of hosting United States Presidents, so much so that it gained the moniker “Hotel of Presidents.” During the second half of the 20th-century, the hotel became run down and not suitable for use by 2000. After a lengthy rehabilitation project, the hotel reopened in 2008 as the Renaissance Blackstone Hotel. On May 29, 1998 the hotel was designated as a Chicago Landmark, and on May 8th, 1986 it was added to the National Register of Historic Places.

A view of the hotel in 2008 ((TonyTheTiger at English Wikipedia [CC BY-SA 3.0 (http://creativecommons.org/licenses/by-sa/3.0) or GFDL (http://www.gnu.org/copyleft/fdl.html)], via Wikimedia Commons)) 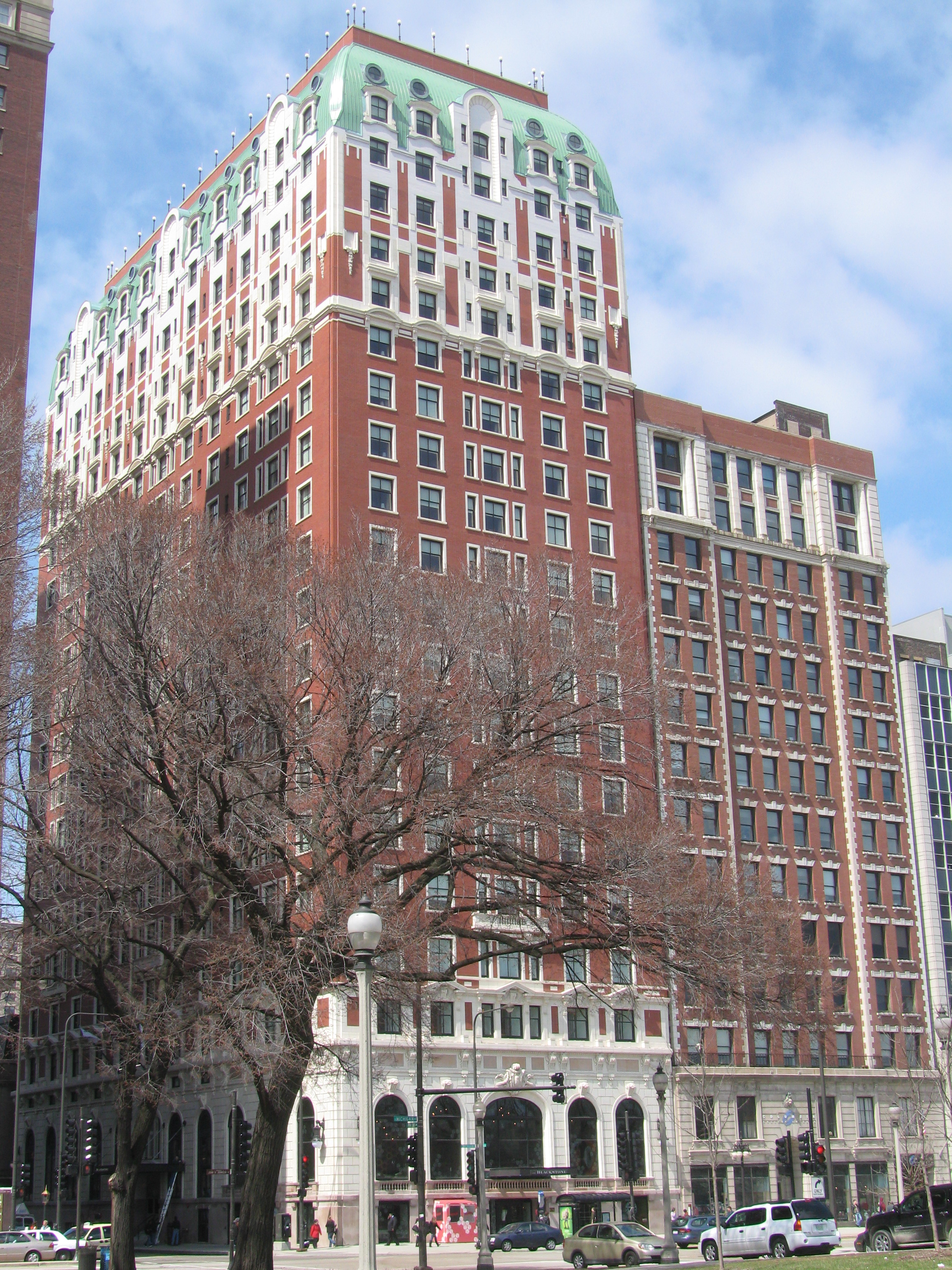 At the beginning of the 20th-century, brothers Tracy and John Drake founded the Drake Hotel Company. The brothers were born with a pedigree of sorts, as they were the sons of hotel tycoon John Drake. John Drake also happened to be business partners with Timothy Blackstone. The two brothers began construction on the Blackstone Hotel in 1908, and it was finally finished in 1910, and the brothers named the hotel after Timothy Blackstone. Numerous factors lead the hotel to be a massive success, such as the luxurious rooms, the rich décor shown in the rest of the hotel itself, and also its close proximity to a number of railroad stations for convenience. Despite the hotel’s success, the brothers wanted to create another hotel building, the Drake Hotel. In order to fund their construction venture, the brothers mortgaged the hotel, but the Great Depression hit, and the brothers lost the hotel, leading to the brothers filing for bankruptcy.

Following the Drakes’ loss of the Blackstone Hotel, it would go on to change hands through different companies through the following decades. Over the years, the hotel attracted a number of celebrity guests and United States Presidents. But around 2000, the hotel fell on hard times and closed, as it was in a great state of disrepair. The hotel re-opened in 2008 as the Renaissance Blackstone Hotel. On May 29, 1998 it was designated as a Chicago Landmark, and on May 8th, 1986, it was added to the National Register of Historic Places.