Chapman's Mill (also known as Beverley Mill) is a historic grist mill located between Prince William and Fauquier Counties, Virginia, near the community of Broad Run. Built circa 1759, the Beverley Mill continued to operate all the way through the Second World War. On November 1st, 1971, the site was placed on the Virginia Landmark Register; and on February 23rd, 1972, it was added to the National Register of Historic Places. Chapman's Mill is included in the Thoroughfare Gap Battlefield.

An old photograph of the mill. Date unknown. 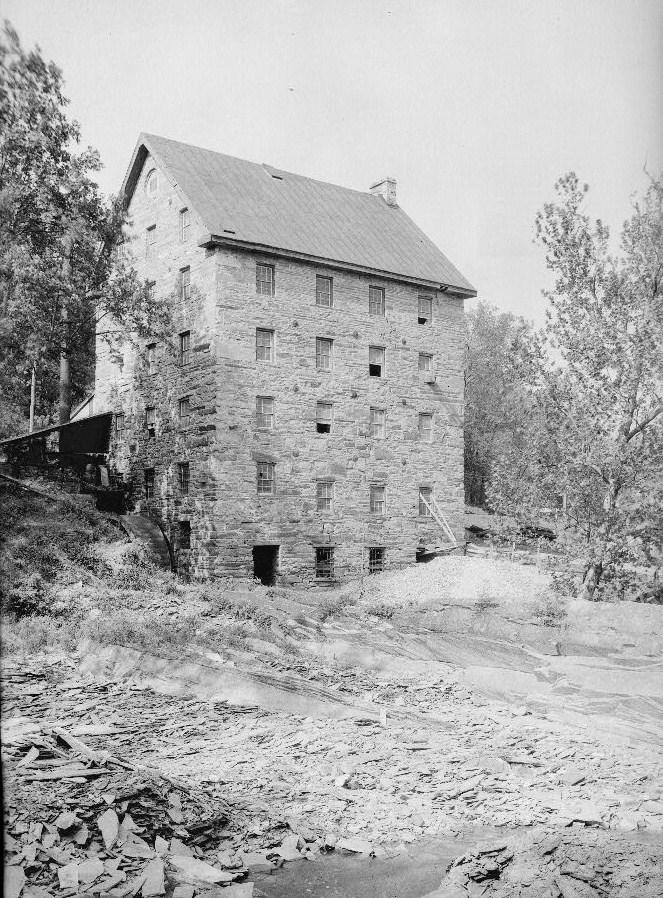 The Chapman/Beverly Mill as it appears today. The ruins of the mill are visible from Interstate 66. Image by Jholycross - Own work, CC BY-SA 3.0, https://commons.wikimedia.org/w/index.php?curid=35541662 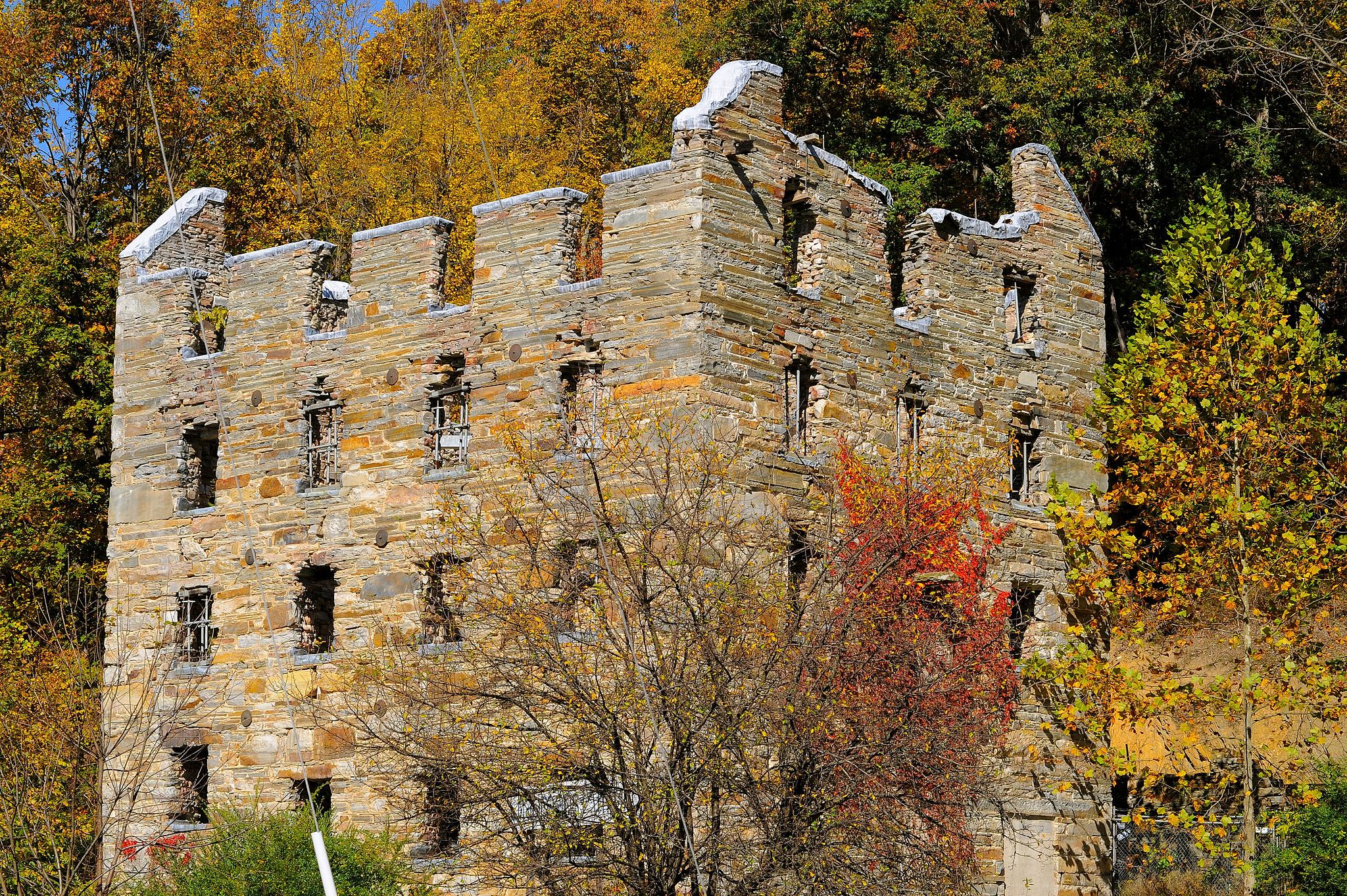 Chapman's Mill, also known as Beverley Mill, is a historic grist mill located in Thoroughfare Gap, a narrow passage between Bull Run and Pond Mountains. Through the Gap flows the Broad Run Creek which, over the course of its 1,300 passage, drops 87 feet. The Gap once provided an avenue of transportation for migrating buffalo herds and indigenous people. Following its discovery by colonists in 1697, the Gap served as a thoroughfare for the transport of goods between the Shenandoah Valley and the Atlantic, and later as a passageway for armies involved in conflicts ranging from the French and Indian War to the American Civil War.

In 1742, Jonathan and Nathaniel Chapman, who together formed a father and son entrepreneurial partnership, purchased property in Broad Run and built a grist mill. The grist mill served not only as a processing center, but records seem to indicate that the structure was also intended to serve as a marker denoting the edge of the bordering Prince William and Fauquier Counties.

The location of the mill made it ideal for the efficient processing and shipment of grains between Virginia and markets in Europe and South America. Chapman designed the mill almost solely for the milling of corn, but it was later modified to mill limestone as well, for use as fertilizer. The construction of the Manassas Gap Railroad added to the prosperity of the operation and, in the 1858, two additional stories were added.

During the Civil War, Chapman's Mill was utilized by Confederate Army as a meat curing warehouse and distribution center. Over two million pounds of meat were stored on site until it was burned by the Confederates after the First Battle of Manassas. By 1876, the mill was acquired by the Beverley family, who restored the mill to produce plaster, cornmeal, and feed. Ownership of the structure passed through a number of individuals, including Charles Furr, Jr. in 1903, and Walter Chrysler in 1946.

The mill–which was originally a five-story, four bay by three bay, rubble stone structure–was further modernized in the Twentieth Century, beginning with the addition of a metal waterwheel powered by Broad Run Creek. It was later equipped with flour grinding equipment and an auxiliary power diesel engine in the early 1900s. The Mill Store was added ca. 1934 by the Furr family. Under Chrysler, the mill was outfitted with electric equipment, but was never used owing to an inability to meet FDA regulations.

After the end of the milling business, the Mill Store functioned for some time as a convenience store, and then as a post office. After World War II, Chapman's Mill was no longer in use. The structure was slated for demolition, owing to plans to use the property for the construction of Interstate 66. Citizens advocated for the mill’s preservation, and the Interstate was re-mapped around the historic structure. In 1998, however, Chapman's Mill fell victim to arson. Subsequently, the Turn the Mill Around Organization obtained ownership of the mill and has since assumed responsibility for maintaining and interpreting the ruins.