Claude Moore Colonial Farm is a part of the National Park Service, operated with the support of the Friends of Claude Moore Colonial Farm at Turkey Run Inc., a privately funded foundation. Visitors are able to tour the site and witness reenactments of life on a small tenant farm in the years leading up to the American Revolution. The Colonial Farm staff dress in 18th-century clothing and conduct many activities of the time, such as field work, crop growing, livestock raising, crafts, and more. Visitors can go on self-guided tours and participate in educational programs, including the Farm Skills Program, Colonial Living Experience, and the Environmental Living Experience. 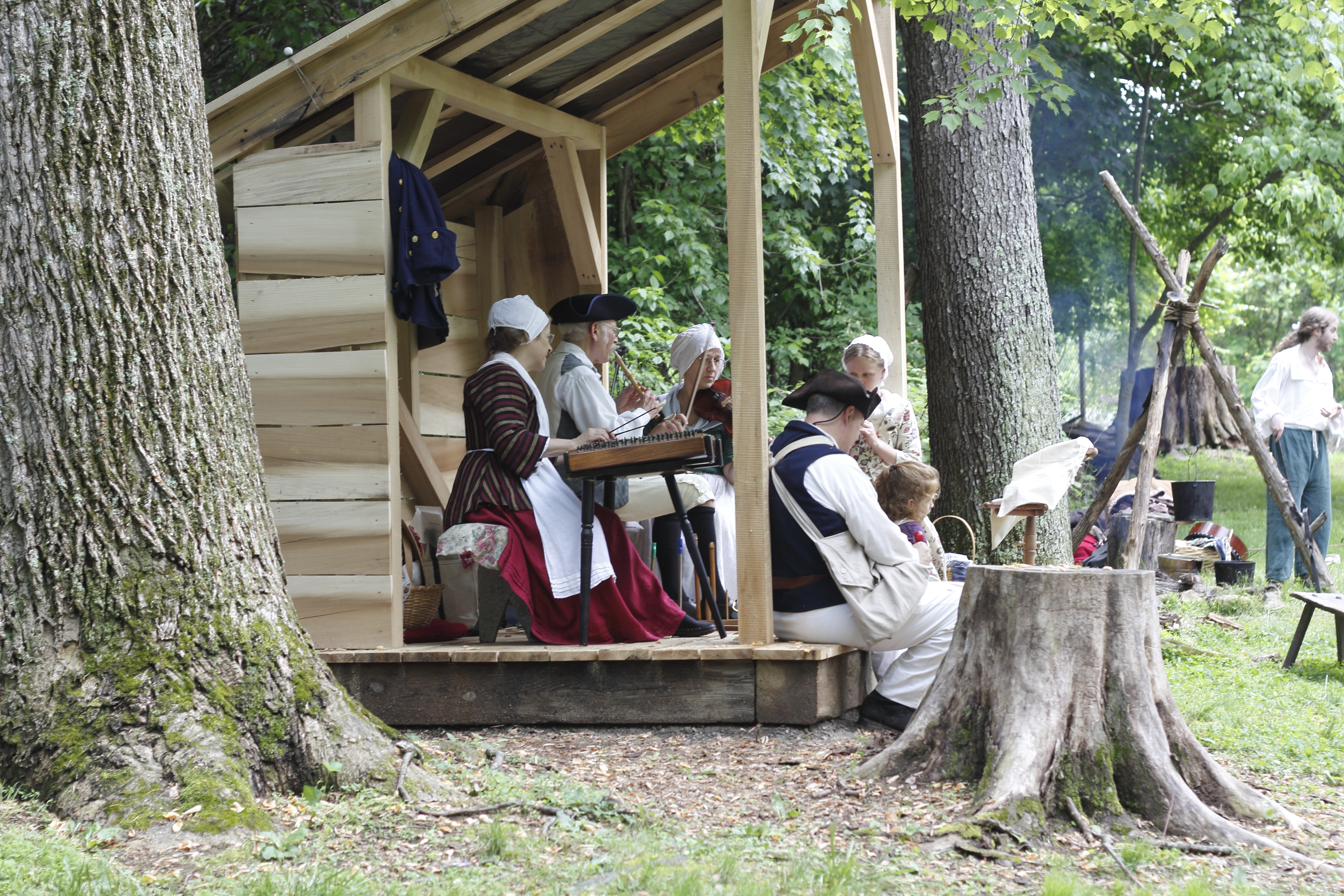 Male and female turkeys bred at the farm 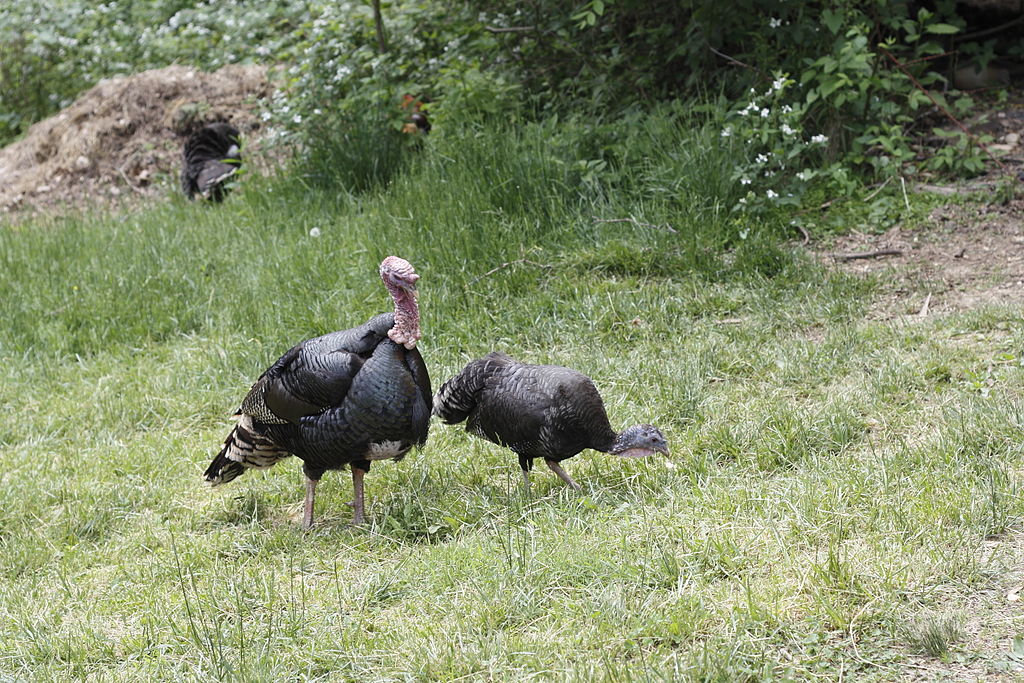 Some structures featured at the farm 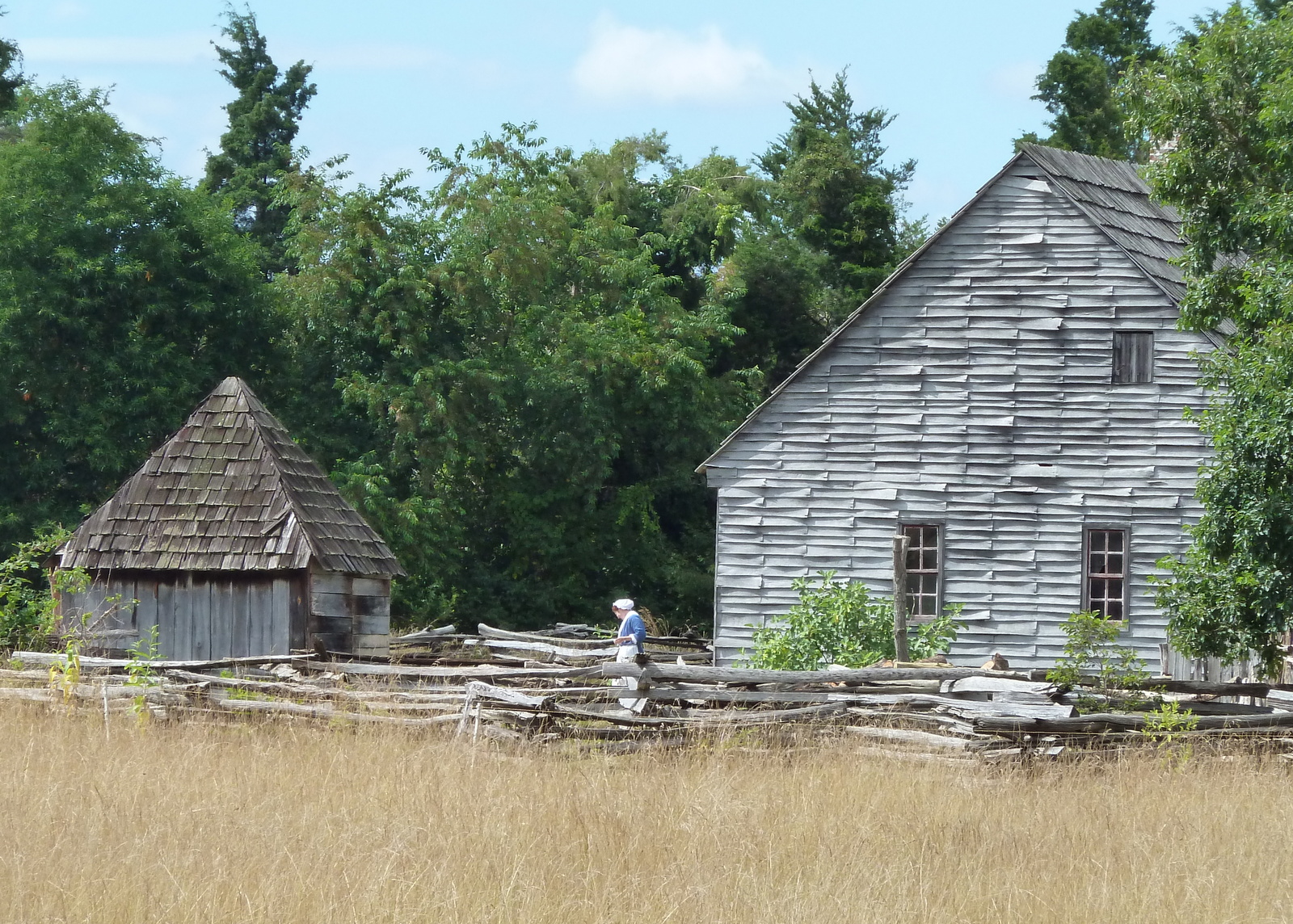 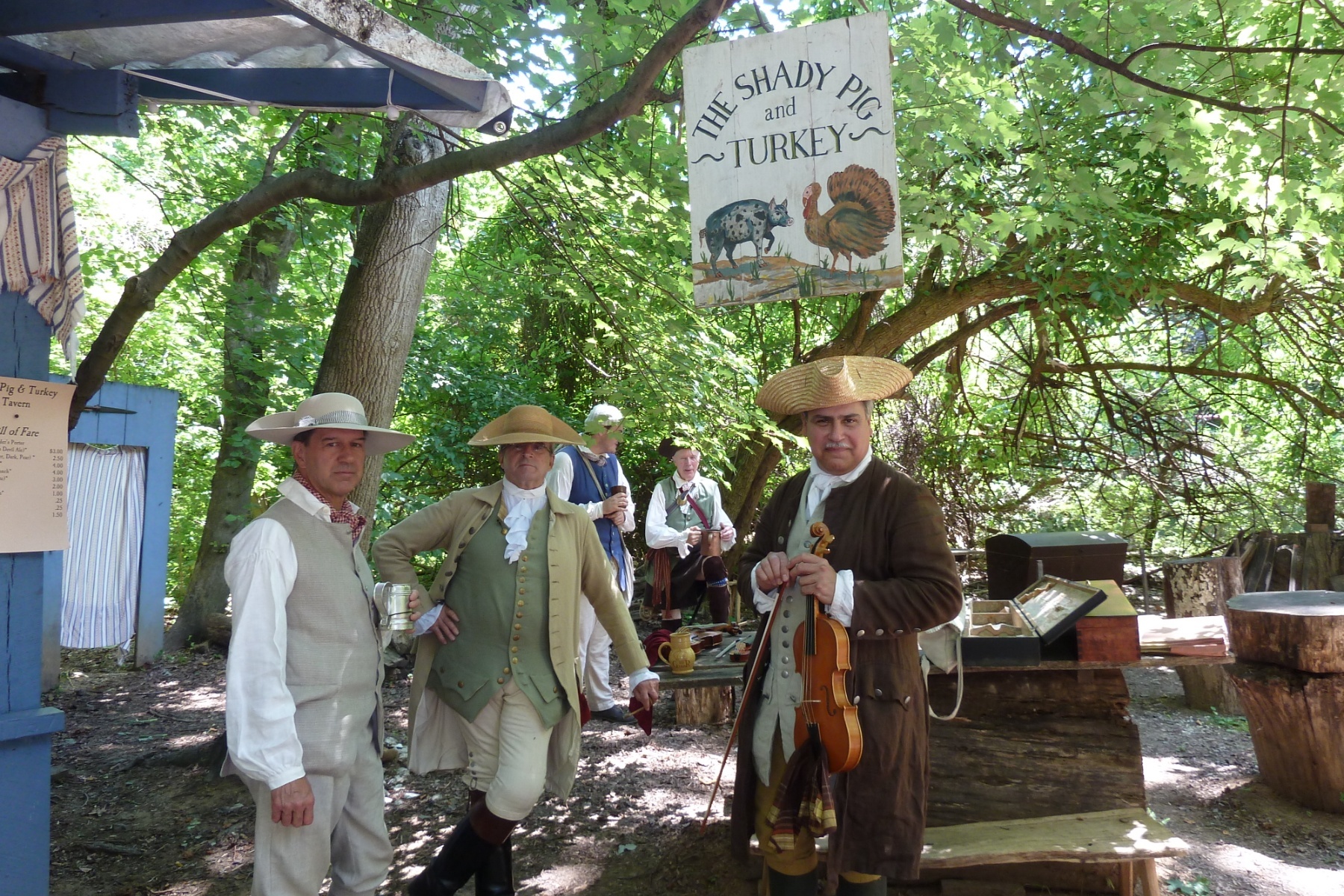 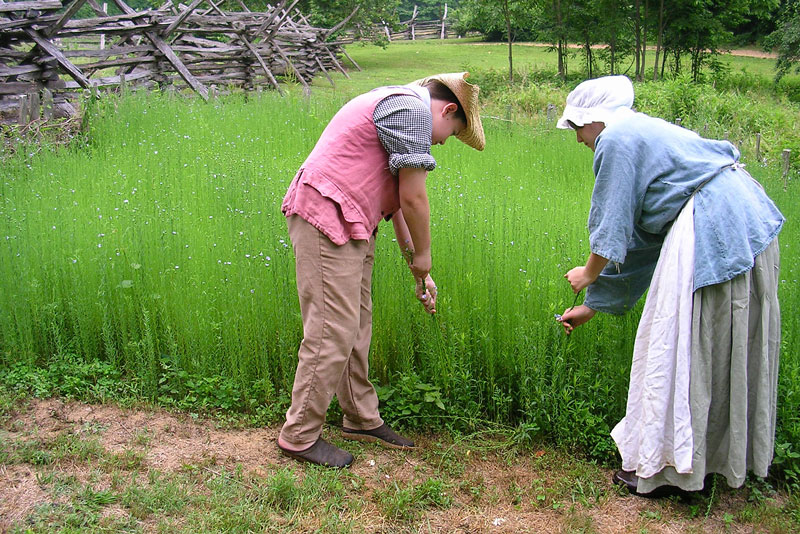 The Claude Moore Colonial Farm dates back to 1972, when former President Richard Nixon’s Legacy-in-the-Parks program and the National Parks Service established the Turkey Run Farm. However, by 1980, federal budget cuts threatened the closure of the farm. The local community rallied behind Virginia Congressman Frank Wolf and Senator John Warner in an attempt to save the educational resource. The citizen’s group became incorporated as The Friends of Turkey Run Farm and established a 30-year, no-fee lease for the park.1

Following an endowment gift from Dr. Claude Moore of Loudoun County, the park changed its name to the Claude Moore Colonial Farm. Through a large construction grant from Congress, the Farm was also able to restore and expand its facilities. As such, the Friends of The Claude Moore Colonial Farm, the non-profit behind the farm’s operations, have successfully managed the farm as the only privately funded and operated park in the National Park system. The park has served more than two million visitors owing to its reputation for outstanding educational programming, which provides an authentic representation of colonial agricultural history.2

The Colonial Farm’s central mission is to educate the public about American life on a Virginia tenant farm in colonial America. To accomplish this, the farm is a living history museum where the in-costume interpretive staff demonstrates the activities typical of 1771 tenant farmers, many of whom grew tobacco.3 The farm also produces heirloom crops (such as tobacco, wheat, rye, corn, and apples)4 and breeds livestock to accurately portray life in colonial times.5

The major events of the year at the farm include the Market Fair, which includes the essentials of an 18th-century market, such as a Blacksmith, cabinet maker, herb and flower seller, chicken roasting, puppet theater, and more. Visitors are also invited to experience the Dairy Day, Salting Fish, Herbal Remedies, Wheat Harvest, Tobacco Harvest, Pickling Produce, Spinning, and Dyeing Day events, as well as an 18th-century wedding. Educational programs at the farm include the Farm Skills Program, Colonial Living Experience, a popular Environmental Living Experience, and a myriad of educational resources.6