The objective of the Dallas Firefighters Museum is to create exhibits to preserve the antique, equipment, artifacts, and photos for future generations. From its inception in 1972, the facility has an average attendance of 5,000 guests or more each year. The museum preserves its history through professionally restoring and displaying vintage artifacts, and providing hands-on experiences for children from the second grade on. The educational focus is on building awareness of and a respect for safety and accident prevention. Programming focuses on students, teachers, parents, and the public as well.

The building as it appeared during its heyday. 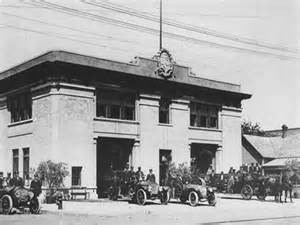 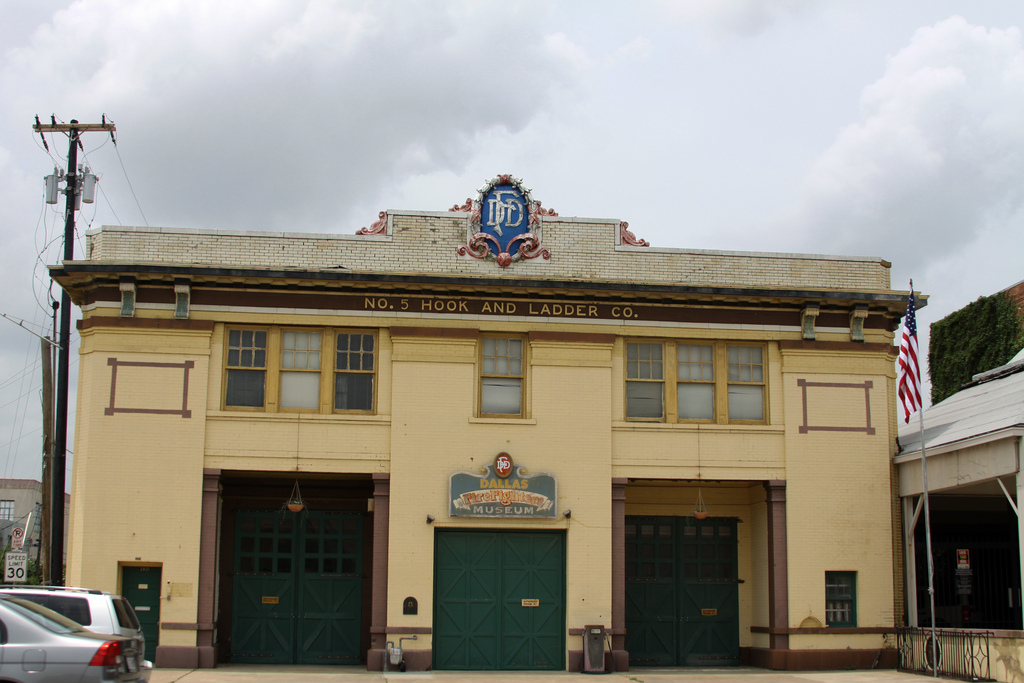 The mottled gray-brick faced fire station at Fair Park served the city with distinction for nearly one hundred years. Erected in 1907, and serve as an active firehouse until 1975. Since then, it has been the Dallas Firefighters Museum. Measuring 63’wide and 80’ long, the concrete foundation and the structure rises two stories. The facility was built to house a combination chemical- and- hose wagon and a hook-and-ladder truck.

The first floor housed accommodations for the equipment, a feed room (for the horses), a fuel room, a workroom. Five horse stalls were maintained, with a floor of sand. The second floor was accommodations for a full complement of firemen. It consisted of a living room, one large bathroom, and a locker room that allowed each man a three-compartmented space for their personal goods. AN office was also included for the chief.  The roof of the one-story portion behind the upper level was used to air-out the bedding, and as a summer garden ‘hang-out’ for the firemen to enjoy.

The Dallas Firefighters Museum was, in its day, the only ‘Horse Hospitals’ For the Dallas Fire Department. In the days of true ‘Horsepower’, if a firefighter team’s horse fell ill, it could be brought to this station, and they could borrow one from this location. This was one of only two such horse hospitals to ever work in Dallas.

One of the chief features of the Dallas Firefighters Museum is 'Old Tige', a 600 gallons per minute pumper wagon, horse-drawn, purchased by the city of Dallas in 1884. In 1911, she was reassigned to Station #6, and saw service until 1921. She is only one of three remaining horse-drawn pumpers in the US.

Another notable is an invention of the local fire department in Dallas that has gone on to become a tool in the arsenal of firefighting teams all over the world. The Dallas Pike, as it is called, was created to assist in tearing down tongue-in-groove roofs of buildings in older cities. Getting in to a burning building was critical to saving lives, so the tool became instantly popular.

Open Wednesday-Saturday, 9:00 AM to 4:00 PM Group Tour arrangements by phone or online submission