Calvert Manor is a historic apartment building in Arlington, Virginia. Built in 1948, it is particularly notable for being the work of famed Washington, DC, apartment architect Mihran Mesrobian, and is one of Mesrobian’s last works left fully intact. On September 17th, 1997, it was designated on the Virginia Landmarks Register, and On December 15th, 1997, it was added to the National Register of Historic Places. Today, Calvert Manor is known as Calvert Manor Apartments, and is still an active source of apartment housing in Arlington. 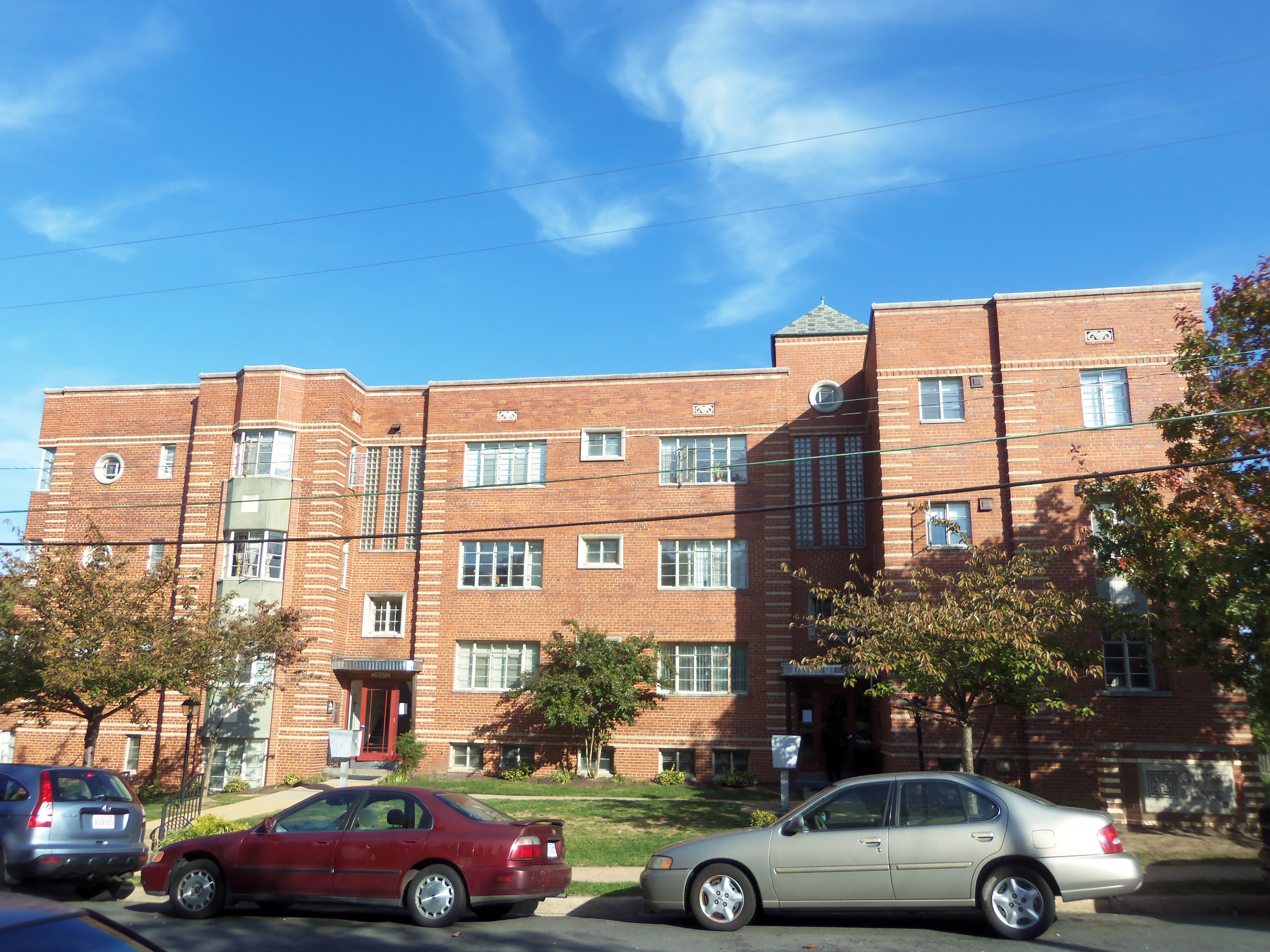 In and after the World War II era of the United States, Arlington, Virginia experienced an unprecedented move of government and military personnel into the city. As a result, there quickly came a shortage in affordable, quality housing available in the area, and what followed was a boom in the construction of apartment buildings. One such building was Calvert Manor, a “moderne” style apartment building designed by renowned architect Mihran Mesrobian. Mesrobian had created numerous high-rise apartment buildings in Washington, DC, during the 1920s and 1930s, and this housing shortage was the perfect opportunity for Mesrobian to put his skills to use. Mesrobian specifically used low-cost materials in the design of Calvert Manor, but designed them in such a way that though the building was cost-effective, it was also comfortable for the tenants who would come to live in the building.