One of the few historic places on the National Register in Dallas, this building was once the home of Alfred Belo, the founder of the Dallas Morning News and a man that President Grover Cleveland described as “chivalrous, high-minded...and an exceptionally able, fearless and conscientious journalist.” 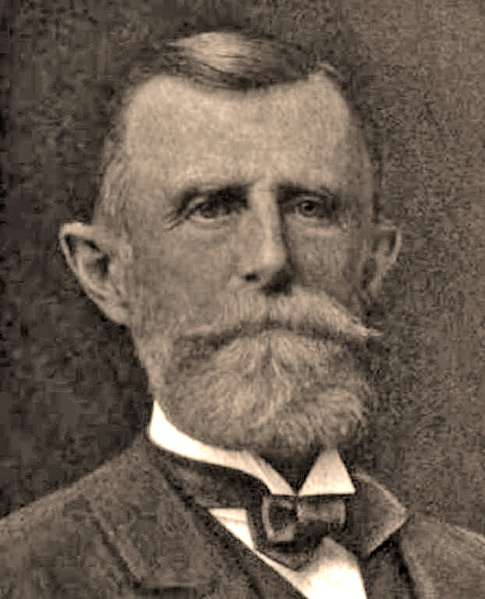 Front of the Belo House (www.significanthomes.com) 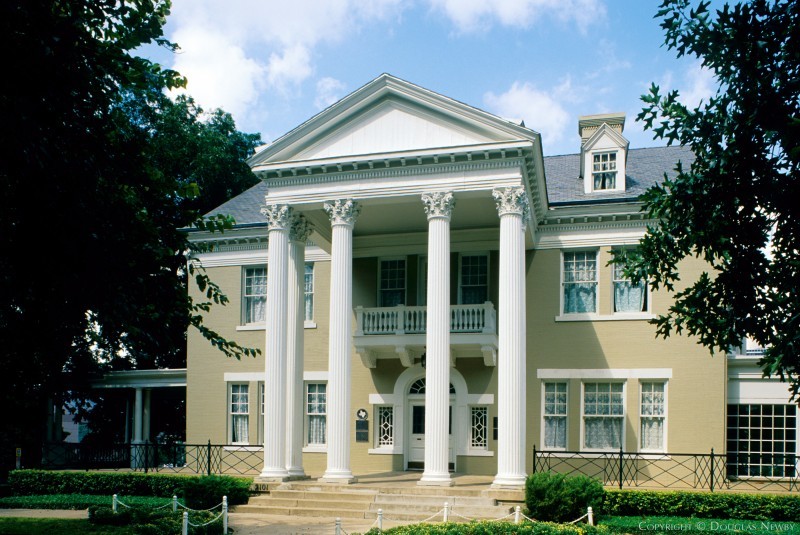 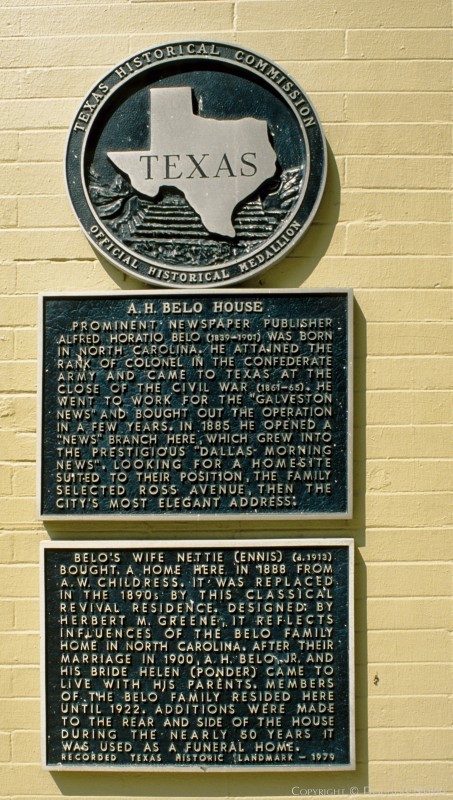 Alfred Horatio Belo was born in Salem, North Carolina, in 1839 to a merchant father. He was educated in Salem before attending the University of North Carolina. When the Civil War began Alfred raised the first company of riflemen from Forsyth County and served under General Robert E. Lee in Northern Virginia, eventually acquiring the rank of colonel. He fought at the Battle of Gettysburg and the Battle of Cold Harbor, and was wounded at each. After the war, he travelled to Texas and in 1865 began working for The Galveston Daily News paper. This was of the earliest and most widely-read newspapers in the region, and Colonel Belo became so proficient in managing it that he became a named partner of its parent company.

In 1868 he married Nettie Ennis, the daughter of the mayor of Houston. Two decades later, the colonel and his wife found themselves in Dallas, where they bought a plot of land upon which this house was built. Around this time, Alfred began publishing the Dallas Morning News, a paper that still exists to this day. Herbert Miller Greene, a Pennsylvanian architect who would later design the Dallas National Bank, was hired to construct a mansion that resembled those found in Alfred’s hometown of Salem.  Daniel Morgan, who had built the sandstone County Courthouse known as “Old Red” in the city, was also hired. The home was completed in 1900; however, one year later Alfred Belo died in Asheville, North Carolina. In 1922 Alfred’s daughter, Helen Ponder Belo, left the house, and ownership was transferred to the Loudermilk-Sparkman Funeral Home for a fifty-year period. This resulted in major transformations to the house’s interior, and the addition of a chapel and extension to the building.

The Dallas Bar Association (DBA) was founded in 1873, and between 1937 and 1977 they operated in a small office within the “Old Red” County Courthouse. In 1977 the fifty year lease to the funeral home expired. Alfred Belo’s granddaughter, Helen Belo Morrison, then sold the house to the DBA, and it has remained under their stewardship ever since. The mansion today has preserved its Classical Revival style, apart from some modifications by Burson, Hendricks & Walls in 1978 and an extension known as “the Pavilion” built by the DBA in 2003. The most impressive features are the two-story portico with Corinthian columnns, and front doorway with an intricate elliptical fanlight.