On November 22, 1963, President John F. Kennedy was assassinated from a window facing the Dealey Plaza on the sixth floor of this building, which was the Texas School Book Depository at the time. Lee Harvey Oswald, an employee at the depository, was charged with the crime. The Sixth Floor Museum commemorates this tragic and one of the most consequential events in American history. The museum features films, artifacts, and photographs related to Kennedy's life and legacy. In all, the museum houses 45,000 of these items. Topics covered include the history and culture of the 1960s and the local and global aftermath of his death. The building itself was constructed in 1898, but after a fire, it was reconstructed and erected in 1901.

Exterior of the Sixth Floor museum 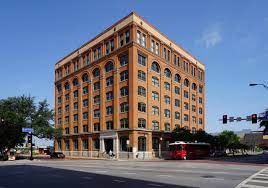 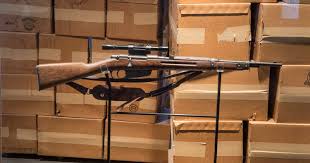 This is a model of the building showing the trajectory of the bullets fired from the sixth floor window. 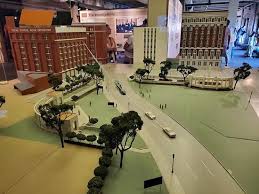 The sixth-floor museum is a museum dedicated to the assassination of the President John F. Kennedy. This museum also serves as a window in time to the year 1963, when the president was killed. The Sixth Floor Museums collections include original manuscripts and documents, newspapers, photographs, three dimensional artifacts, audio-visual recordings, and architectural elements. The audio-visual recordings include early 1960s radio and television broadcasts, home movies, and over nine hundred oral histories of the assassination of President John F. Kennedy. The building the museum is in has undergone a lot in its lifetime. Through the passing of hands before and after the tragedy, threats of demolition, to ultimately being preserved. The sixth-floor museums history ventures beyond that of any other museum, and has become the epicenter of both tragedy and Triumph.

In 1898 the southern rock plow company built a five-story building at the northwest corner of Houston and Elm street in Dallas. In 1901 the building burned down and a new seven-story building was erected at the original foundation. In 1937 the building was renamed the Perfection-Aire Building for the new air-conditioning business that leased it. From 1941-1961 The building had become the southwest distribution center for the Chicago-based grocery wholesale company, John Sexton & Co. In 1963 the Texas School Book Depository company, a school textbook distribution firm, leased the building with regional textbook publishing firms.

During this time, Dallas was considered “The city of hate” due the number of public assaults as well as right-wing, and anti-UN protests. To solidify this stigma, on November 22nd 1963, the Texas School Book Depository building became the primary crime scene of the Assassination of President John F. Kennedy. There was evidence that Lee Harvey Oswald, a New Orleans native and Texas School Book Depository employee, had shot and killed the President from the sixth-floor window. Oswald was arrested later that day for the murder of a Dallas police officer within 80 minutes of the assassination and was later charged with the murder of the president. Upon the assassination of the president, the depository became one of the most visited sites in the country. Millions of people visited to mourn the loss of the President. A shrine of notes, flowers, and items of sentimental value were placed at the base of the building to honor the President.

On Presidents day, February 20th 1989, the sixth-floor exhibit opened due to the visitors of the Dealey Plaza wanting to learn more about the assassination of president Kennedy. The sixth-floor exhibit highlights the historical significance of president Kennedy’s death to the world. Two key evidentiary areas have since been restored to its original 1963 appearance. Every year 350,000 people come to visit the historic Texas School Book Depository building to remember and reflect the events that happened in 1963.

The preservation of historical monuments not only serves to honor those who have perished, but also to change the narrative of the memory. The city of Dallas was known to be a dangerous, and hateful city before, during and after the time of the assassination. A major contributor to this stigma would be the need to forget the tragedy. After years of outcry to demolish the building the people wanted some sort of closure, and instead they were led to embrace it. Memory has played an immense role in the overall wellbeing of the city of Dallas, mainly in the implementation of monuments and now the museum. Before all of this, there was a city ashamed of their past, but now they’ve learned to embraced it. Now the city is no longer known to be dangerous in particular nor as a city of hate per se. This site proves that preserving the memory of the past is important not only to remember, but to heal.

"Assassination and commemoration: a conversation." Sixthfloormuseum