Established in 1894, the Shiloh National Military Park is where the Battle of Shiloh took place in April 1862. The park contains the Shiloh Meeting House, which originally was a small log church, where Generals Henry Halleck and Ulysses S. Grant met and made plans to wait on reinforcements by General Don C. Buell’s army. Within the battlefield is the United States National Cemetery, were 4,000 soldiers and family members are buried. In addition to these historical sites is the Shiloh Indian Mounds, which is one of the largest Woodland era sites in the nation.

A description of the Methodist Church 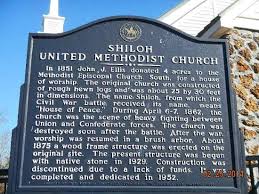 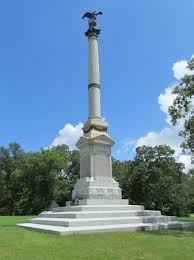 Steamboats that were brought in at Pittsburg Landing 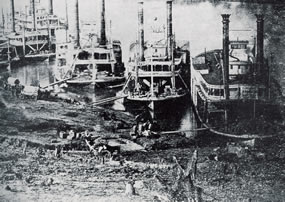 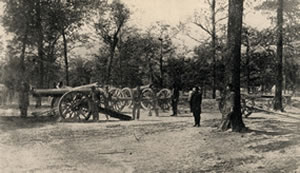 Shiloh National Cemetery where many soldiers that fought in the conflict are laid to rest. 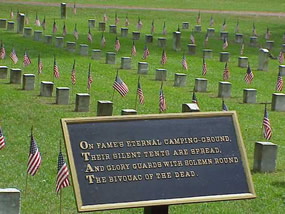 Shiloh Indian Mounds, one of the largest Woodland era sites in the entire United States 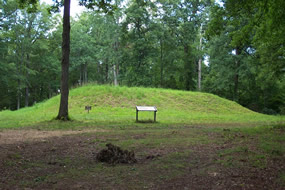 The Battle of Shiloh was a early battle in the American Civil War won by the Union Forces. This battle was used to stop the Union troops from sweeping down south to Corinth. Major General Ulysses S. Grant wanted control of the southern railroads and cut off the Confederate communications. Confederate General Edward Johnston was aware of this plan and constructed a counter attack. Realizing Grant was alone until Don Carlos Buell's army arrives, he chose to conduct a surprise attack on the Union forces. On April 3, 1862, Johnston planned on moving his troops northeast, but the weather slowed him down a bit. Heavy rain caused the roads to become muddy and posed a challenge for the wagons and large amount of men to move.

After the weather delay on April 5, 1862, Johnson arrived at his destination four miles southwest of Grant’s army in Pittsburg Landing. On the morning of April 6, 1862, Johnston began his attack on Grant with almost 44,000 Confederate troops. Grant’s 40,000 soldiers were shocked at the surprise attack and began losing ground to the Confederates. As the battle went on throughout the day, it seemed the Confederate troops had the Union soldiers beat, but Johnston's men became unorganized and lost the momentum. With units becoming confused, Johnston ordered an assault on Grant’s left. While with his troops on the assault, Johnston was hit by a bullet in the leg. This injury lead to him bleeding out and leaving Gen. P.G.T. Beauregard in command.

With Grant's soldiers being hit hard in a surprise attack, he decided to retreat his forces to a better position having the artillery protect them until nightfall. While the Union soldiers regrouped, Buell's army finally arrived and the number of Union troops on ground now reached 54,500. Unaware of the reinforcements arriving at night, Beauregard begins planning his own attack on Grant. When the day broke on April 7, 1862, the Union attacks before the Confederates were able to conduct their own attack. With the new men in the ranks, Grant and Buell's armies began to destroy the Confederates quickly. Beauregard's men now were at 34,000 and they could not successfully conduct a counter strike. This left him with very little options and the one he chose was to retreat. Beauregard

and his men successfully withdrew to Corinth and the Union did not pursue finally claiming victory in this conflict.

After the battle, 23,746 men were reported dead, missing, or injured from both sides. The Union found capturing the railroad more valuable than destroying a section of the Confederate Army. General Halleck reinforced Grant and Buell with Gen. John Pope's men and began advancing south toward Corinth in late May. Realizing the Union is coming, Beauregard gets reinforced by Maj. Gen. Earl Van Dorn's Trans-Mississippi Army.

After the battle and the Civil War, the park was created in 1894. The park is family friendly and is open to the public to come and browse as they wish and observe the surroundings. There is the Shiloh National Cemetery where many soldiers that fought in the Battle of Shiloh are buried along with some of their family members. There is also access to the Shiloh Indian Mounds. Admission to the park is free and is open year round.