A view of the arcade's front facade in 2008 ((By AgnosticPreachersKid (Own work) [CC BY-SA 3.0 (http://creativecommons.org/licenses/by-sa/3.0) or GFDL (http://www.gnu.org/copyleft/fdl.html)], via Wikimedia Commons)) 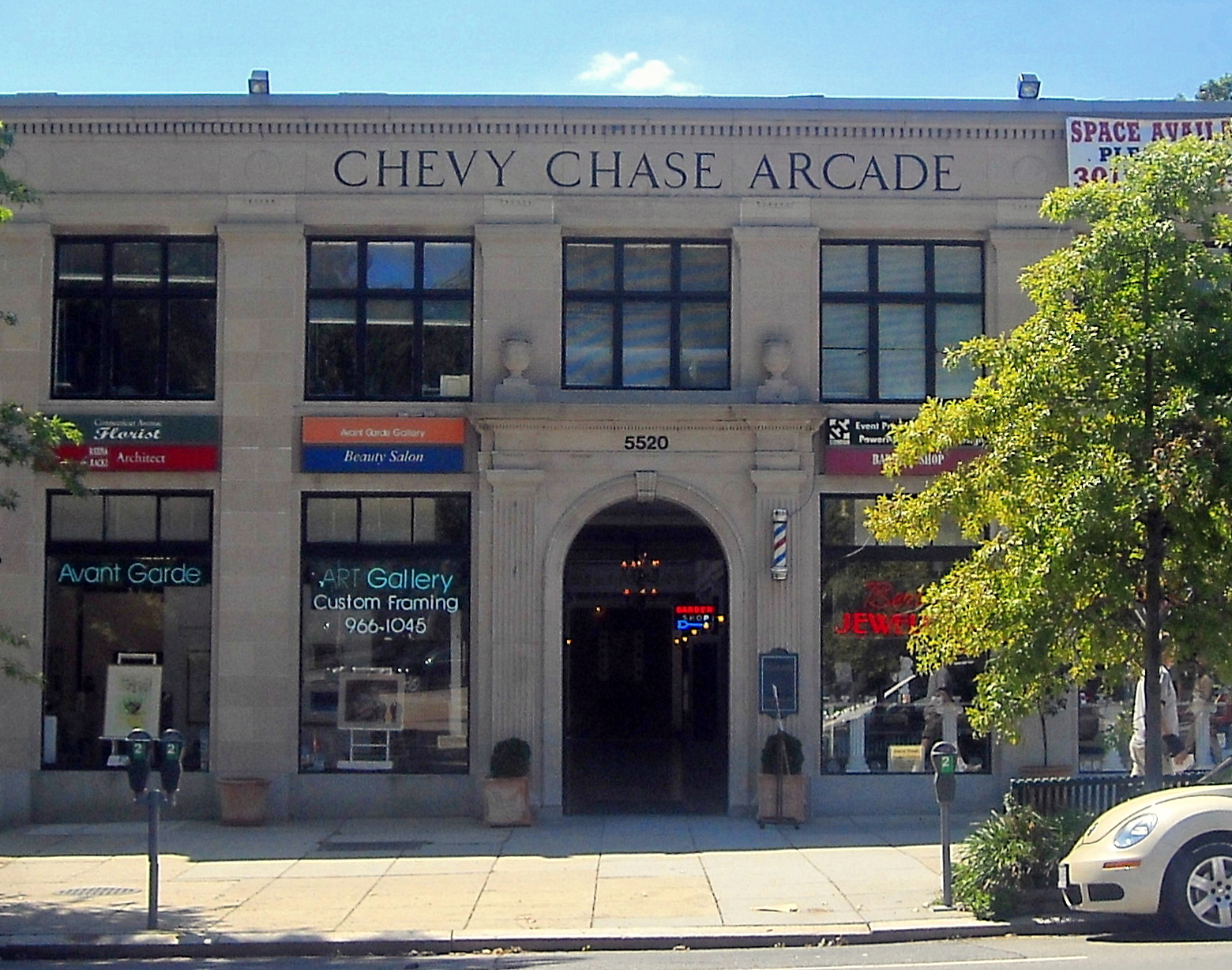 In the early 1920s, real estate developer Edward Jones and architect Louis Moss worked together to design the Chevy Chase Arcade. Though it was designed for office space and shopping centers, it was also designed as a test arcade to model future shopping arcades after in the future. Construction on the arcade began and was completed in 1925 after it opened, the Chevy Chase Arcade was hugely successful, bringing more needed commerce to the Chevy Chase Neighborhood and beautifying the neighborhood with variety in architectural style. Many of the businesses that rented out both store space and office space were small businesses local to the area and provided services that were mostly based out of the neighborhood.