A view of Alban Towers in 2008 ((By AgnosticPreachersKid (Own work) [CC BY-SA 3.0 (http://creativecommons.org/licenses/by-sa/3.0) or GFDL (http://www.gnu.org/copyleft/fdl.html)], via Wikimedia Commons)) 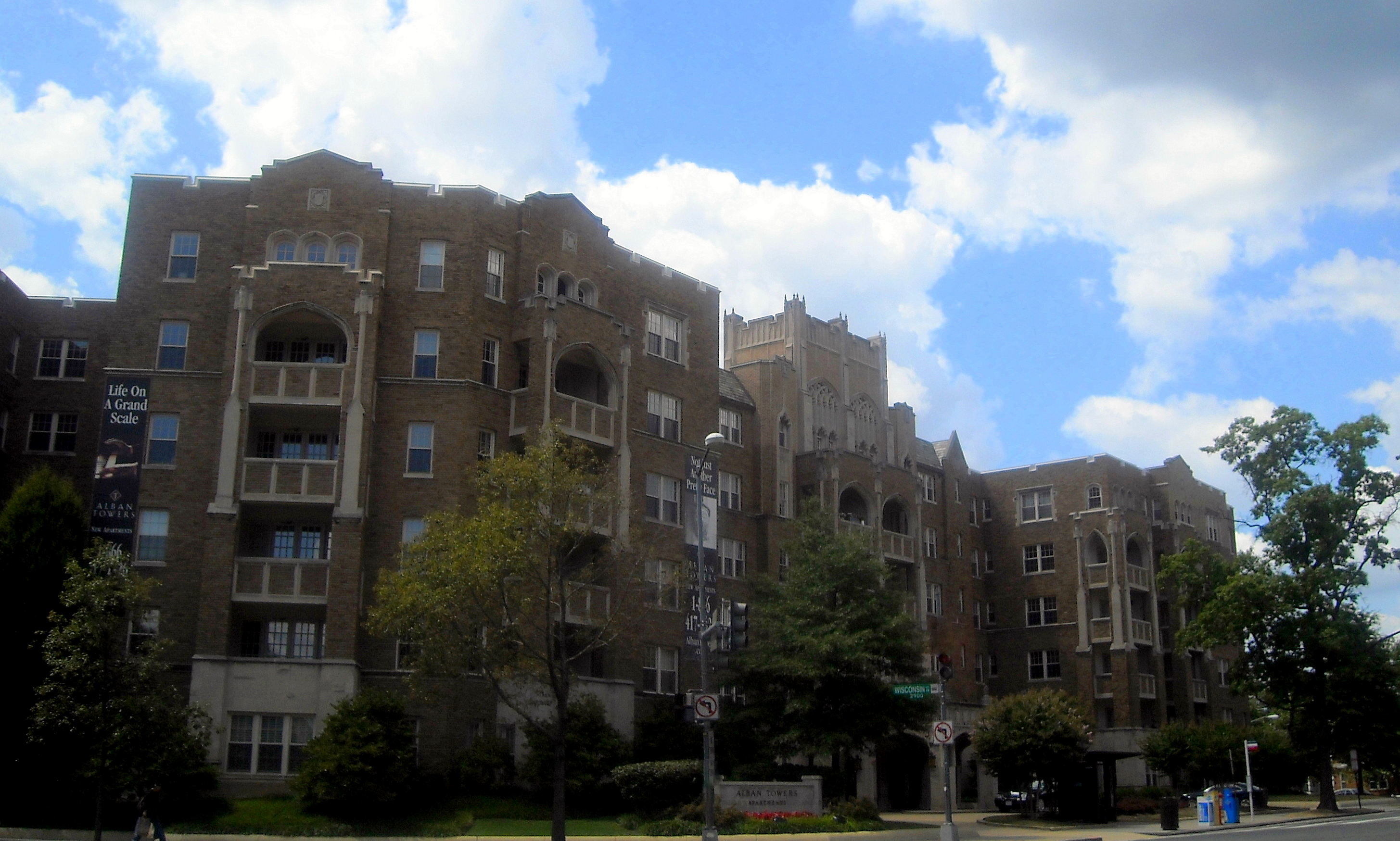 After World War I, Washington, DC, saw a large influx of federal workers moving to the nation’s capital. As a result, DC found itself in a housing boom in the 1920s, but because of the great demand for housing, the overall quality of new housing in Washington, DC saw a decrease. Considering all of the economic factors that lead to this decrease in overall housing quality, the two-man architect and developer team of Robert Scholz and David Baer decided to try to do create a new housing space as a reaction to the current state of new housing. The two began designing their apartment complex in the late 1920s, and in 1928, they began construction on the building. Part of their design philosophy for the apartment building was for it to be both comfortable as well as cost-efficient for themselves and for tenants. To fulfill this, Alban Towers not only included residential space, but the first floor included a grocery store, a dining hall, a beauty salon, and other amenities. In 1929, the Alban Towers was completed, and it was a great success for a time after it was completed.

Alban Towers began to come into a period of decline in the 1960s, as the building did not receive the upkeep that was necessary to keep it running at full efficiency. It was sold to Georgetown University in 1973 in order to try to use it as housing for students, but this did not last long, and by the 1980s, the building was further neglected and fell into a period of dilapidation and complete vacancy. Despite this, it was added to the National Register of Historic Places on September 9th of 1994. Soon after its registration, it was bought in 1999 and was put under a serious restoration project. The building re-opened in 2001, and it once again served as an apartment building.