The Holland Tunnel runs under the Hudson River, going from Manhattan to Jersey City. Originally known as the Hudson River Vehicular Tunnel or the Canal Street Tunnel, it was the very first car tunnel to be built under the Hudson River. It was designated as a National Historic Landmark and added to the National Register of Historic Places in November of 1993. Its two tubes carry eastbound and westbound Interstate 78. In New Jersey, it is also designated NJ 139. Today, the tunnel continues to provide transit between Manhattan and Jersey City.

A view of the Manhattan tunnel entrance (1985). 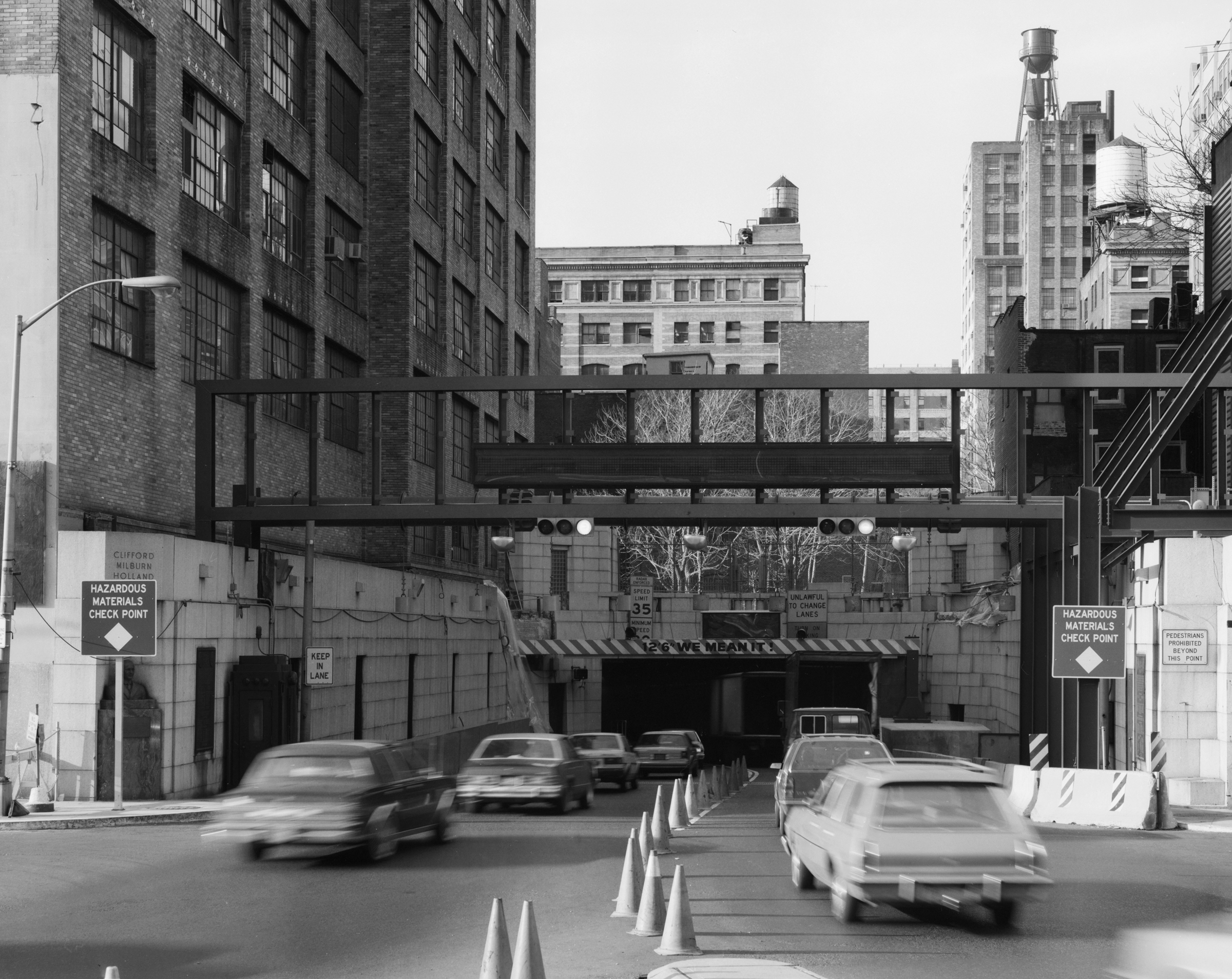 Until the early 1900s, the only transportation available to get from Manhattan to Jersey City was by water ferry. In order to change this, New York and New Jersey collaborated on a project to create a better form of transit between the two states.The states began planning in 1906, and at first, decided to create a large bridge connecting the two cities. As plans progressed for building the bridge, however, it was decided in 1913 that a tunnel would be a more cost-effective method of connecting Manhattan and Jersey City.  Over the next few years, design drafts for the tunnels were submitted, and the design that was ultimately accepted was designed by engineer Clifford Milburn Holland, who designed a two-tube tunnel system.

Beginning in 1920, funds were gathered for the project, and the actual construction of the tunnels began on March 31, 1922. Two years into the construction of the tunnels, Clifford Holland died of a heart attack on October 27, 1924, presumably from the stress of overseeing the project. To recognize his huge contribution to the project, the tunnel was named Holland Tunnel.  It was ultimately completed and open for operation on November 13, 1927. The tunnel performed exactly as Holland had planned, and on November 4, 1993, it was designated as a National Historic Landmark and then added to the National Register of Historic Places. The Holland Tunnel still stands today, a testament to the design of Clifford Holland.