A view of what is now Gouverneur Court. 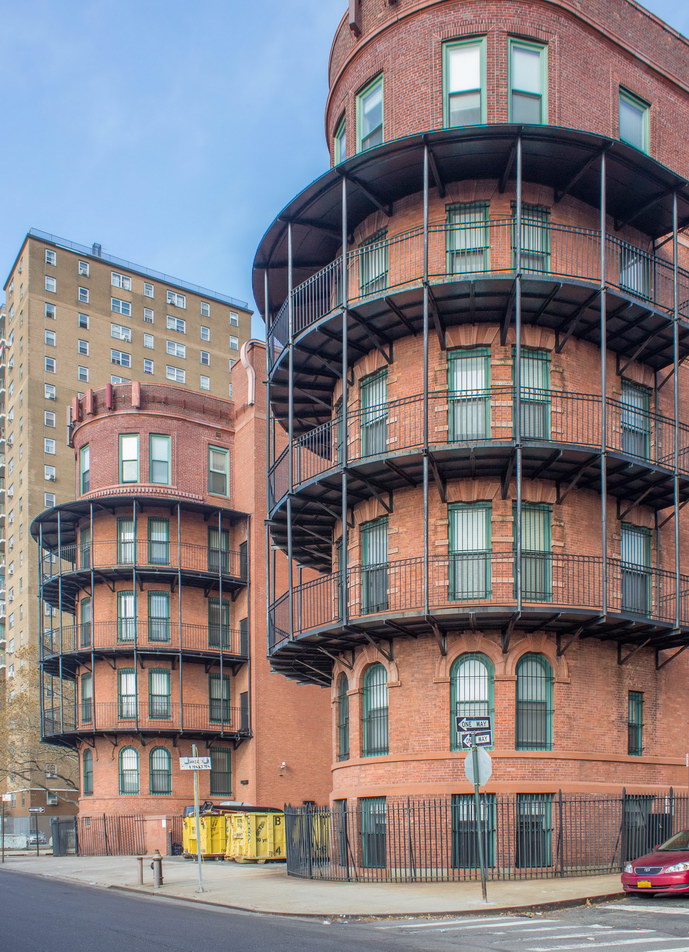 In 1885, the Gouverneur Hospital was founded in Manhattan’s Financial District mainly to serve Lower East Side Manhattanite residents during a time of rapid European immigration. Initially, the hospital was founded mainly to treat the patients of accidents that did not require overnight care. However, by 1887, the services that the hospital needed to provide were quickly seen to be bolstered, and they changed to taking patients beyond that of just accidents. Despite the hospital’s efforts, the needs of the community were quickly outgrowing the hospital’s ability to adequately care for the community it served. To counteract this, the hospital constructed a new facility in May of 1897, and once construction was done, the hospital quickly moved its operations to the new facility.

With the move came the ability to better serve the people of the Lower East Side, and for a time, the hospital did well. However, through the mid-1900s, the Gouverneur Hospital dwindled in quality, and in 1959, it lost its accreditation. Because of this, the hospital continued to try to provide quality care for its patients, but it closed down around 1970. Soon after, it was replaced by another Gouverneur Hospital, which would help to serve the people of the Lower East Side, as well as those of Manhattan’s Little Italy and Chinatown. On October 29th, 1982, the Gouverneur Hospital building which was shut down was placed on the National Register of Historic Places, and in 1994, it was converted into Gouverneur Court, a building providing assisted living care.