The synagogue's front facade after renovations, 2012 ((By Alexisrael (Own work) [CC BY-SA 3.0 (http://creativecommons.org/licenses/by-sa/3.0)], via Wikimedia Commons)) 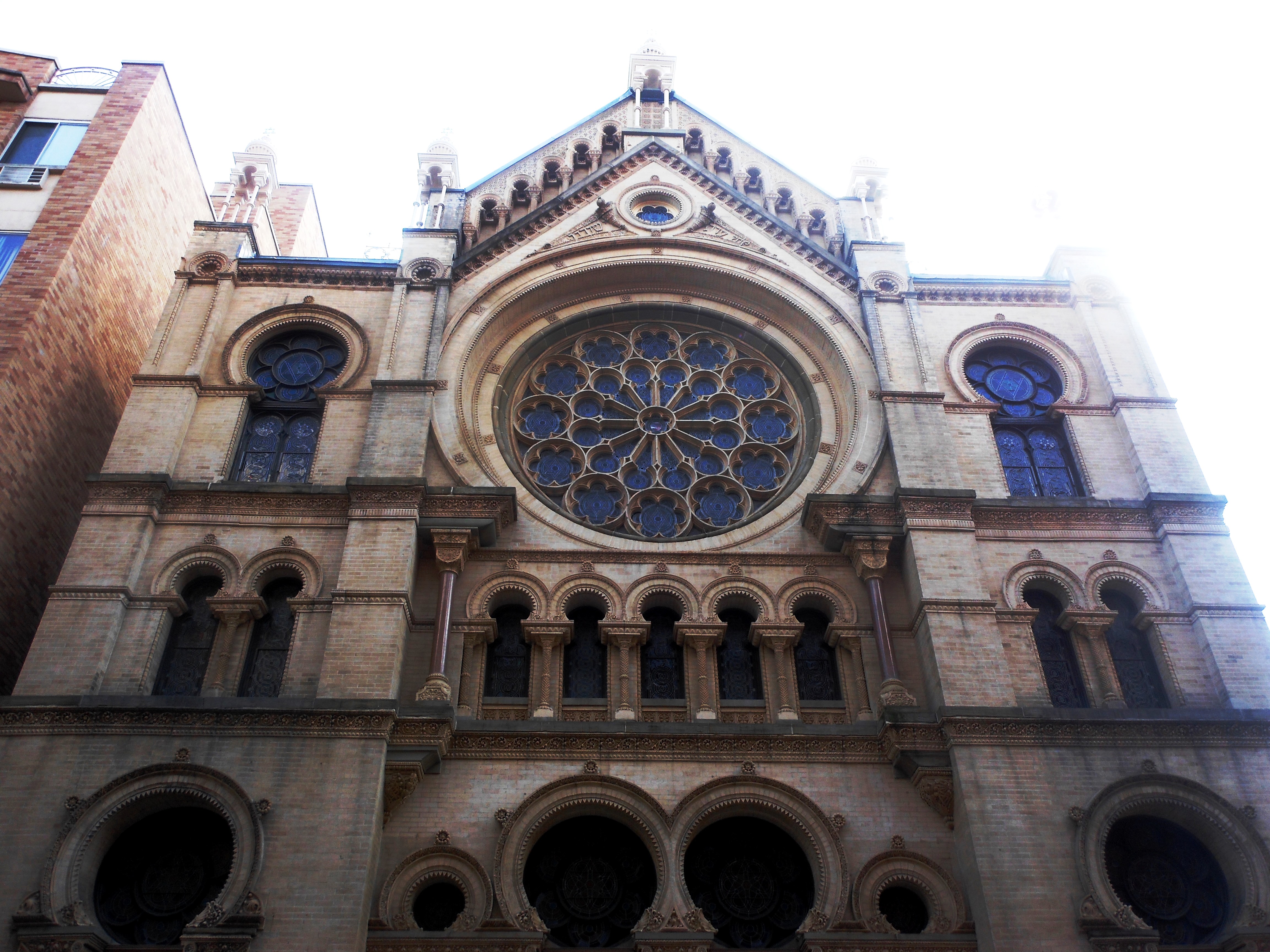 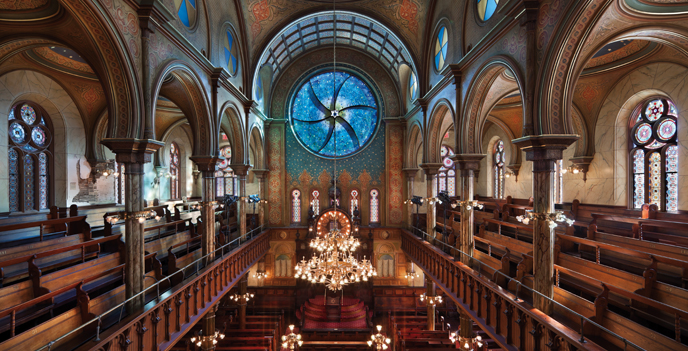 In the 1880s, the Congregation Kahal Adath Jeshurun commissioned German architects Peter and Francis Herter to design and construct a synagogue for them. After purchasing the land needed for the synagogue, the building’s construction began on September 24, 1886, and on September 30th of 1887, it was completed and open for worship. The Herter brothers held nothing back when constructing the building, and this was apparent when the synagogue received a great deal of praise from its neighbors. The Eldridge Street Synagogue flourished in the following decades, and the congregation continued to grow steadily until the mid-1900s. In the 1950s, the synagogue began to structurally deteriorate, especially in the main sanctuary, and once it began to suffer from serious water damage, the main sanctuary was excised from use. Despite this, services continued elsewhere in the synagogue.

In 1971, New York University Professor Gerald Wolfe visited the main sanctuary of the synagogue and decided to form the Friends of the Eldridge Street Synagogue foundation, which would serve to restore the Sanctuary to its former glory. After the founding of the organization, the synagogue was added to the National Register of Historic Places on March 28, 1980, and was designated as a New York City Landmark on July 8, 1980. Restoration efforts would begin fifteen years after the founding of the Friends of the Eldridge Street Synagogue in 1971, and would continue until 2007 when the renovations were finally completed. During the time of the renovations, the synagogue was designated as a National Historic Landmark on June 19, 1996. The renovations culminated in the opening of the Museum at Eldridge Street in 2007, which displays exhibits about the history of American Jews.