The Corbin Building, located in Manhattan’s Financial District, is a historic office building. Built in 1888, the Corbin Building was constructed to serve as either residential spaces or an office building. It was added to the National Register of Historic Places in December of 2003, and it was designated as a New York City Landmark in June of 2015. Today, after being restored by the effort of the Metropolitan Transportation Authority, the Corbin Building is part of the Fulton Center and is used as a subway entrance. 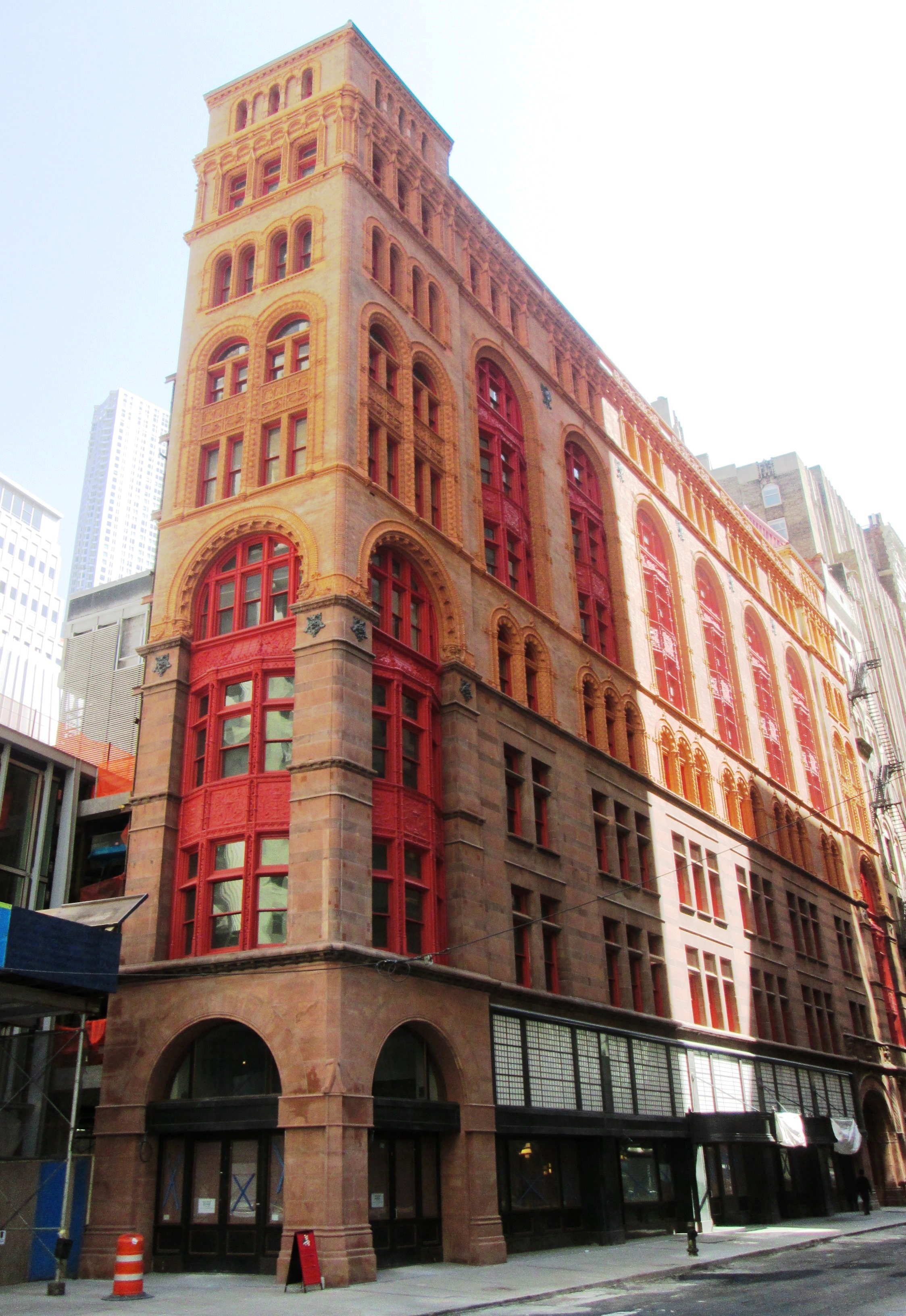 By the second half of the 20th Century, modernization had obliterated Kimball's design at street level -- photo Library of Congress. 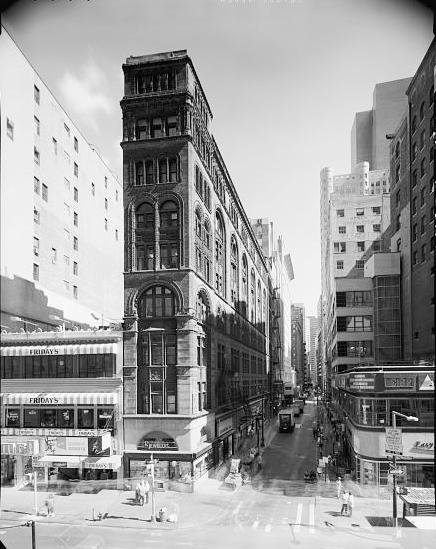 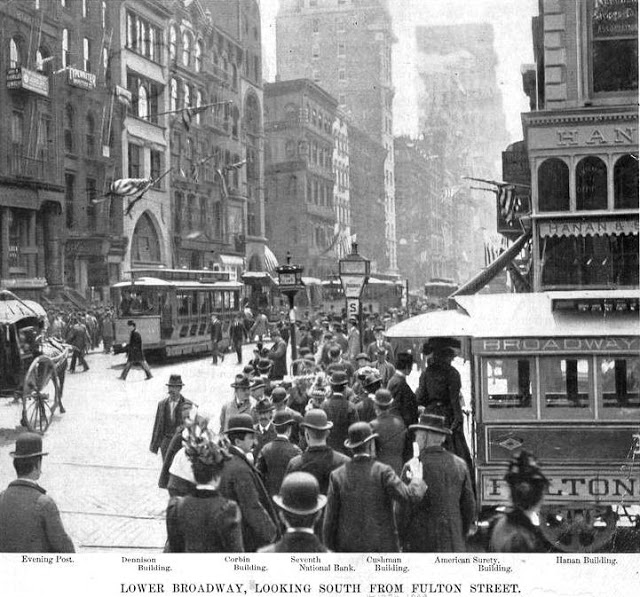 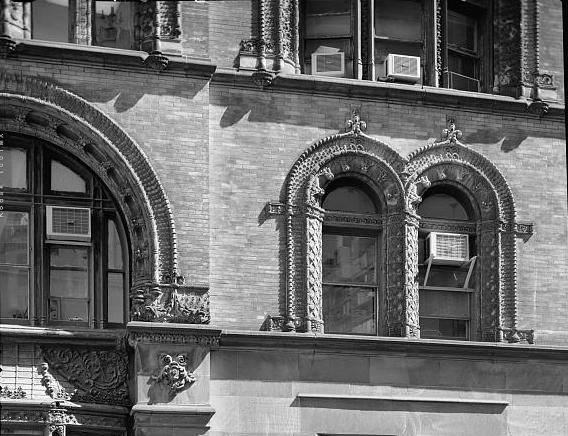 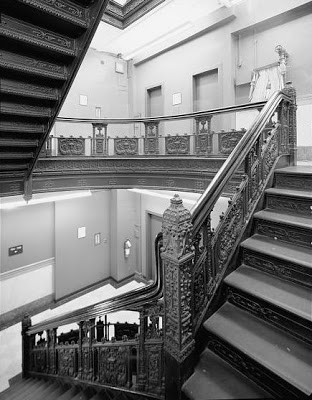 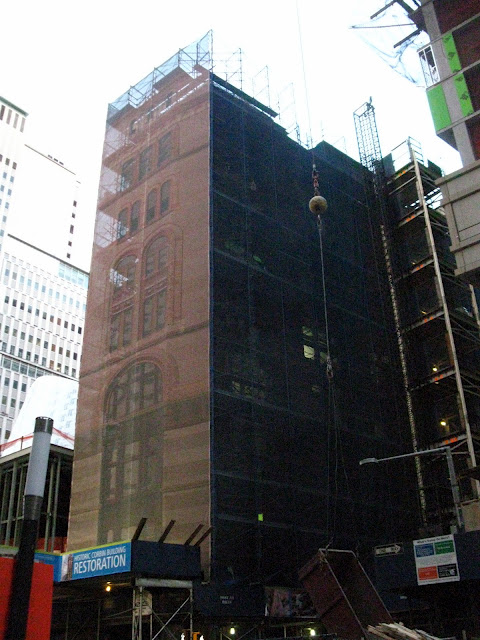 In 1869, a large patch of land in Manhattan was purchased by the ministers, elders and deacons of the Reformed Protestant Dutch Church of the City of New York. This land was leased to Austin Corbin, a businessman, in 1881. Mr. Corbin intended to develop the land and construct office space for his pre-existing banking firm. However, Corbin also wanted to make the building large enough to enable him to rent out a great deal of office space. Corbin contracted architect Francis Hatch Kimball to design the building.

Kimball was not afraid to experiment with his architectural developments. In the 1880s, developments in architecture had advanced to the point that skyscrapers could reach up to nine or ten stories.  This was made possible by the newly-developed “cage construction” method, and Kimball decided to use this in the construction of the Corbin Building. Construction began in 1888, and it was completed and open for business in 1889.

Once  completed, the building received a significant amount of praise with people remarking that it was significantly taller than most buildings around it, and that its architectural composition was very appealing. On December 18th, 2003, the Corbin Building was added to the National Register of Historic Places, and on June 23rd, 2015, it was designated as a New York City Landmark. More recently, the building has been possessed by the Metropolitan Transportation Authority, who conducted a restoration effort in the late 2000s. In 2014, it re-opened as an incorporated portion of the MTA’s Fulton Center.