Ponce de Leon Ballpark, originally named Spiller Park, in Atlanta, Georgia was the home of the minor league Atlanta Crackers from 1907 to 1965. It was also home to the Negro Southern League Atlanta Black Crackers. Unfortunately, the original wooden ballpark burned down in 1923. Ponce de Leon Ballpark was rebuilt using concrete-and-steel. The new ballpark was able to seat 20,000 fans and was considered to be the best baseball field in the minor leagues. In 1965, the Atlanta Crackers played their final season in a newly constructed Atlanta Stadium. The ballpark was torn down shortly after in 1966 after the mayor at the time announced the city was gaining a major league team, the Braves. 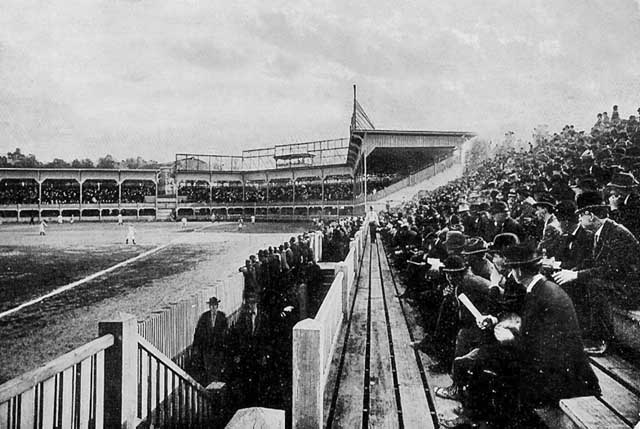 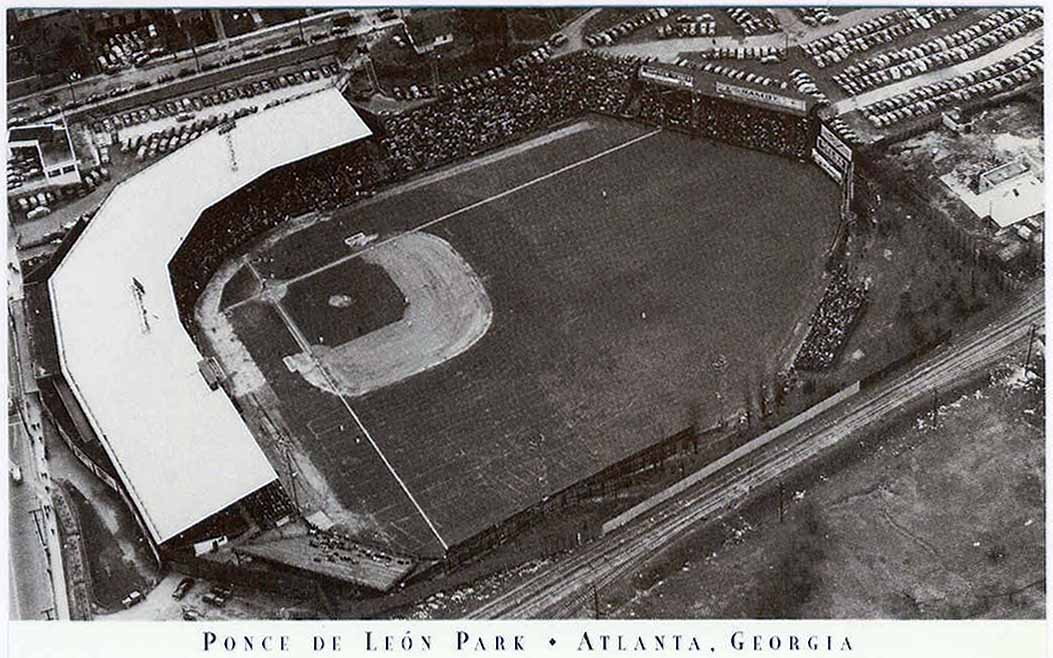 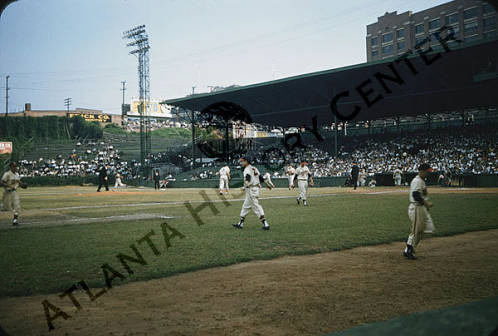 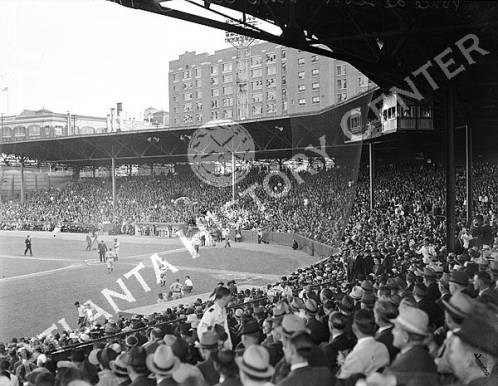 Artificial lake with the magnolia tree behind it 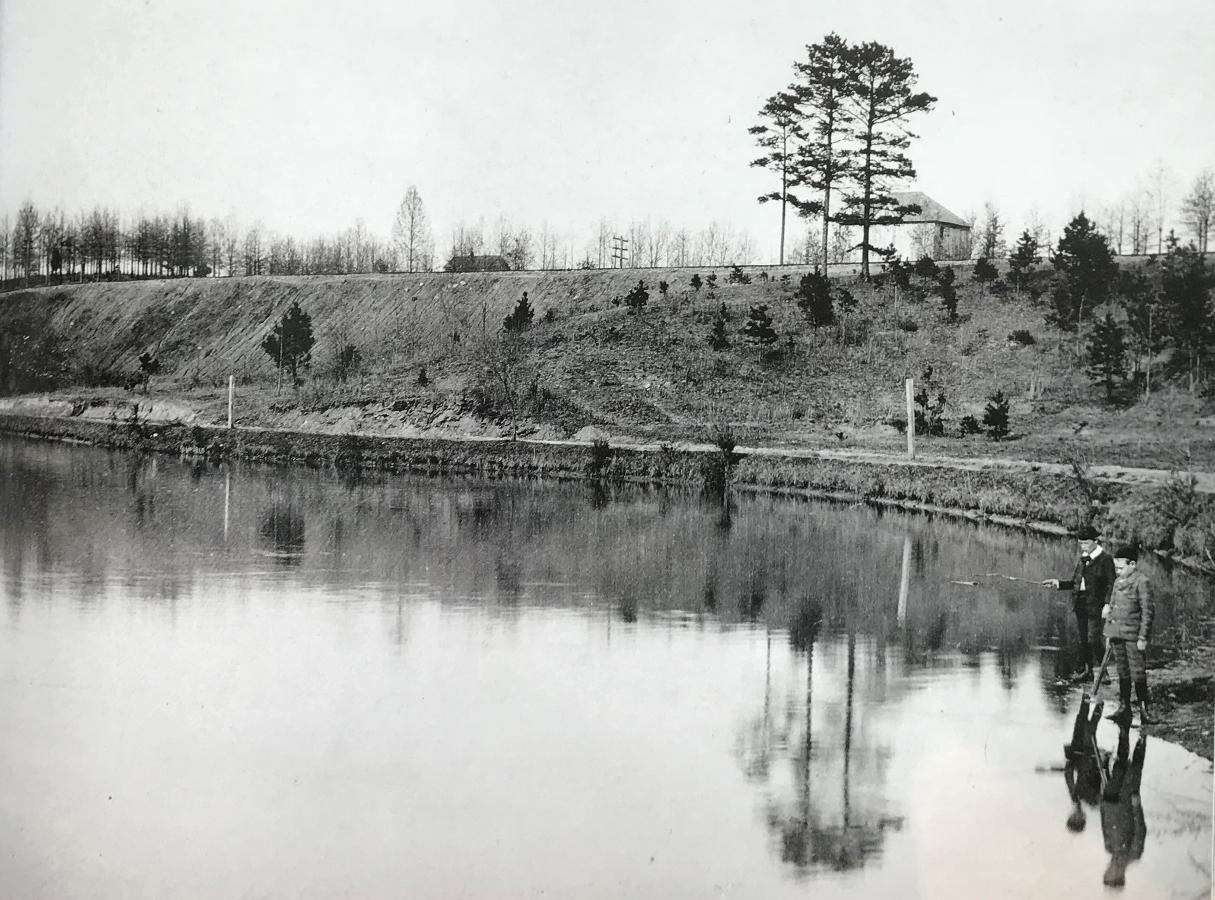 Ernie Harwell in the radio booth at Ponce de Leon 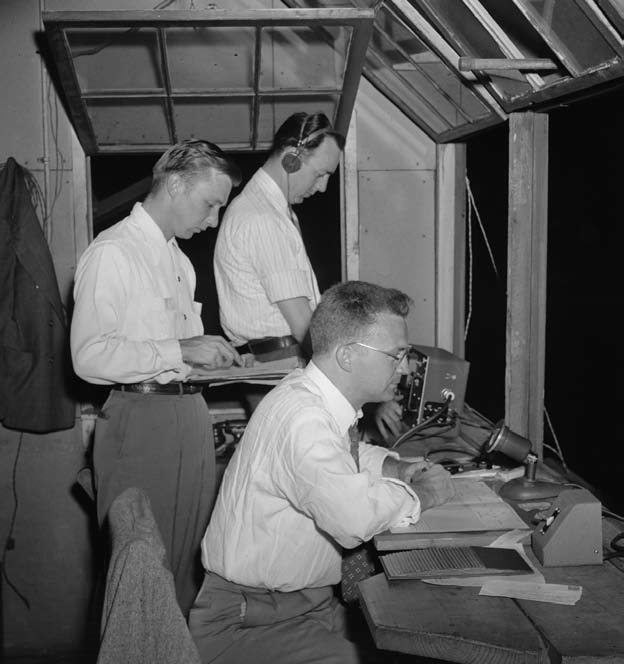 In addition to housing the Atlanta Crackers for over 50 years, Ponce de Leon Ballpark was also home to the Atlanta Black Crackers. From 1920 to 1937 and 1940 to 1952, the Atlanta Black Crackers used the field as they played in the Negro Southern League. The Negro Southern League was made up of the Birmingham (Alabama) Black Barons, Jacksonville (Florida) Red Caps, Montgomery (Alabama) Grey Sox, Memphis (Tennessee) Red Sox, Nashville (Tennessee) Elite Giants, and New Orleans (Louisiana) Crescent Stars.

Despite all the grandeur of the ballpark, what made Ponce de Leon Ballpark standout was the fact that it had a magnolia tree standing in the outfield. Of all the baseball fields in history, Ponce de Leon Ballpark is the only one that had ground rules allowing a tree to be present in the outfield. In all its years, the only two people to ever hit a home run into the tree were Babe Ruth and Eddie Matthews of the New York Yankees who were visiting on a barnstorm tour during the preseason.

The history behind the tree is that the ballpark was built near a patch of natural springs. The magnolia tree was planted in the 1860s and about 30 years later, an artificial lake was built. The lake wasn't there for long before the owners of the land bought the Crackers and decided to drain the lake and build the park on the site.

Around Ponce de Leon Ballpark, a great deal of entertainment was available for the fans. Examples of this entertainment included a next door swimming pool, horse stables across the street. A restaurant that’s premier attraction was alligator wrestling, and gambling, which was legal so long as it was not under a roof. During games, gamblers would bet on a variety of things as they watched the game with local bookies. Once gambling during games became prohibited, gamblers began using finger signals to communicate as police actively searched for violators during games.

One of the most well known broadcasters to date, Ernie Harwell, actually got his start at this ballpark. Harwell is a Georgia native being born in Washington, GA. At 16 he started writing about the Crackers in The Sporting News, but in 1943 Harwell became a broadcaster for the team at just 25 years old. He was actually enlisted in the Marines at this time (enlisted in 1942), but the Crackers owner asked him to broadcast games. Listeners didn't like the fact a serviceman was calling the games so he was no longer allowed to be a broadcaster, at least while he was serving. He was discharged in 1946 and the owner gave him his job back. He was with the Crackers until he was traded to the Dodgers in 1948.

After the Crackers moved in 1965, Ponce de Leon Ballpark was torn down in 1966. However, the magnolia tree that made the ballpark unique was left standing and remains standing. Today, the area is now home to a shopping center.