“Cleydael” is the home of Dr. Richard Stuart who was visited by John Wilkes Booth during his flight after murdering Abraham Lincoln at Ford’s Theatre. Stuart refused to give medical aid or room and board. He did however give them food and then forced them to leave. Cleydael was one of the last homes Booth would ever see. 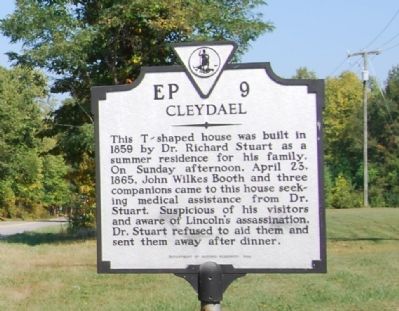 The Cleydael home as it looks today. The site has been under renovation for years by its current and previous owners. 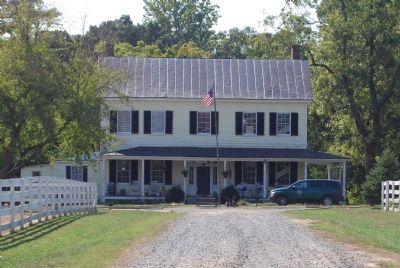 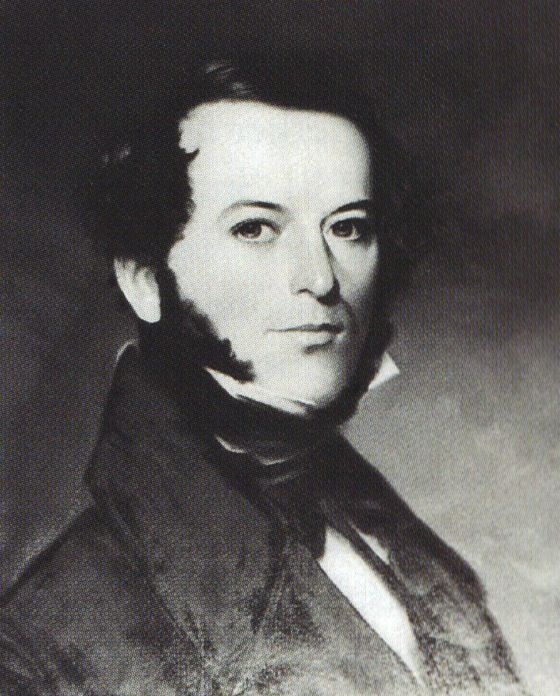 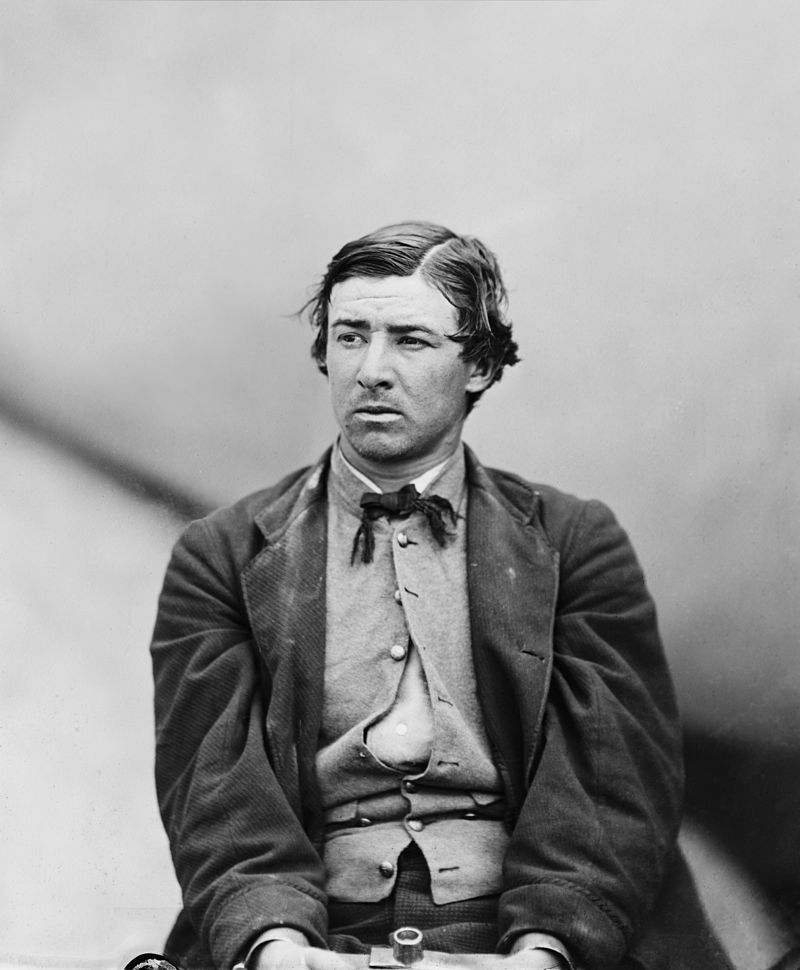 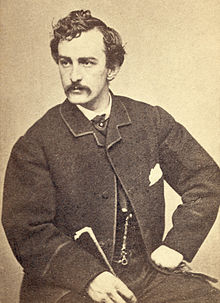 King George County’s richest resident, Dr. Richard H. Stuart, built the “Cleydael” house as a summer home in 1859.  The location was originally called “Neck Quarter,” but his wife renamed the site after a Belgian castle that had belonged to her grandfather.  Prior to gaining notoriety as one of fugitive John Wilkes Booth’s many unexpected hosts, “Cleydael” had hosted the daughters of General Robert E. Lee (who were cousins of Mrs. Stuart), after being forced away from their Arlington home during the Civil War.

The home had fallen into disrepair but has undergone renovation in recent decades.  The historical marker to this sight is missing. It was originally at the intersection of Dahlgren Road (Virginia Route 206) and Cleydael Boulevard.

Fugitives John Wilkes Booth and David Herold finally landed in Virginia and worked their way south.  They stopped by the home of Confederate ally Elizabeth Quesenberry near the Potomac River but got sent off with farmer William Bryant towards the home of Dr. Richard Stuart.  On Sunday, Apr 23, 1985, the conspirators stopped there looking for medical aid for Booth’s broken left leg.  Dr. Stuart knew of Lincoln’s assassination and was suspicious of the men.  He refused to help in any way other than food and sent them away after dinner.  Despite his desperation to avoid capture by Union soldiers not far behind, Booth was so offended by the doctor’s lack of hospitality he took time to write a bitter letter to send him.  Stuart was arrested for aiding Booth, but it was Booth’s letter that provided proof that he innocent of complicity in the crime.

After dinner, Stuart sent the fugitives away in the direction of a nearby home of a free black man, William Lucas.  After a night in the Lucas cabin, Booth made his way across the Rappahannock River to the Peyton House, then to Garrett’s farm where he was killed during the attempt to arrest him by Union troops.