Constructed in 1830 by soldiers of the Spanish colonial leaders, this location served as an outpost for the San Gabriel Mission. The land was later owned by the Lugo family in the 1840s until they sold the property to Mormon settlers. The historic site was restored in 1937 by the Works Progress Administration and remains a California Historical Landmark. 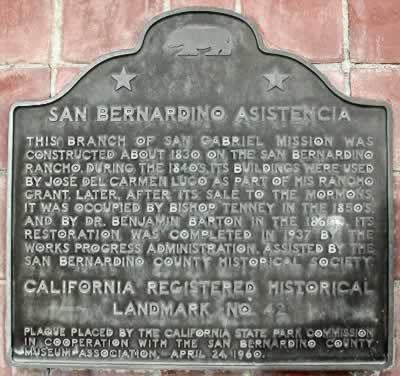 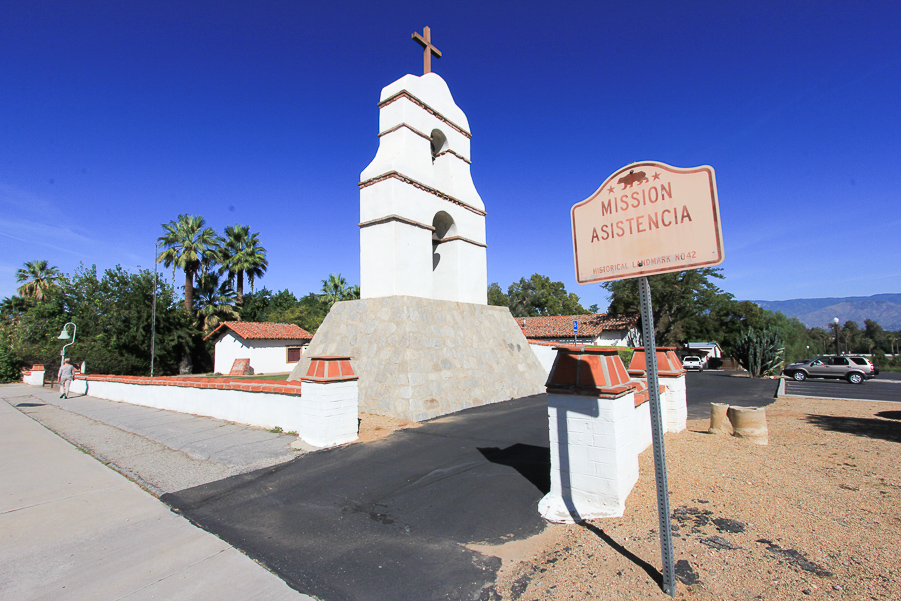 The Asistencia was originally an outpost for the Mission San Gabriel's Rancho San Bernardino in 1819. The present Asistencia/Estancia is a 1930s reproduction of the original, and it is located approximately 1 mile east of the original site (where it was moved in the 1830s).

In the 1820s, Native Americans began digging irrigation ditches to service the area. The Spanish majordomo also oversaw the construction of the administration adobe, personal residence, storerooms, and site of worship. It was moved from its original location to its present location in 1830 under Majordomo Juan Alvarado. This outpost was abandoned when the Mexican government secularized its Missions beginning in 1834.

In 1842, the Mexican governor of California granted the San Bernardino Rancho to the Lugo family--which included the Asistencia. The family resided there until 1851 when the Lugo family sold the Rancho to Mormons.

The first Mormons had reached California in the 1840s escaping religious persecution and hoping to establish their own religious community on America's frontier. The discovery of gold in California also fueled more migration to California. In the late 1840s and early 1850s, the Mormon community had essentially established the Mormon Corridor--their sphere of influence in the American Southwest--connecting California to Salt Lake City, Utah.

The Mormons sold the Asistencia to Dr. Benjamin Barton in 1859 where he practiced medicine. Gradually, the Asistencia fell into disrepair. By 1925, it had fallen to ruin, and the County of San Bernardino, as well as the Sa Bernardino Historica Society, acquired the historical property from the Barton family. During the Depression, the site was restored as part of a joint State and Federal Relief Project.

The Asistencia was dedicated as a California Historical Landmark in 1960.