Missionary Ridge is a steep ridge that stretches from Chattanooga all the way to Chickamauga. From a distance this area looks like merely a small hill around Chattanooga. However once one actually makes it to the top the strategic value of the ridge is clearly evident. It was here Confederate troops laid siege to the trapped Union soldiers in Chattanooga for two months.

View of the historical marker at its location on the western crest of Missionary Ridge in the Bragg Reservation. (Photo by Dan Benington) 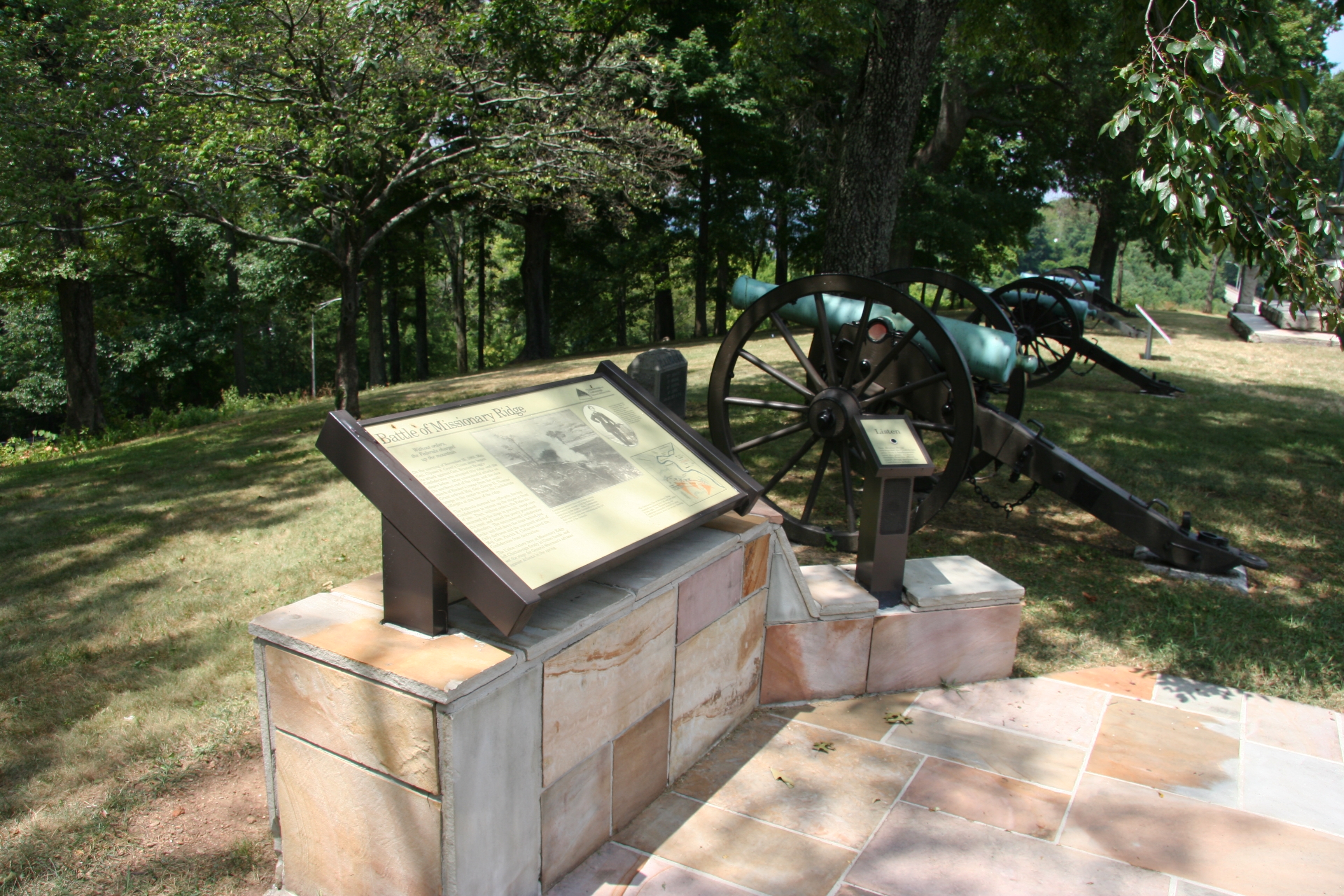 Close up of the site's marker showing a detailed map of the troop movements in the bottom right. (Photo by Dan Benington) 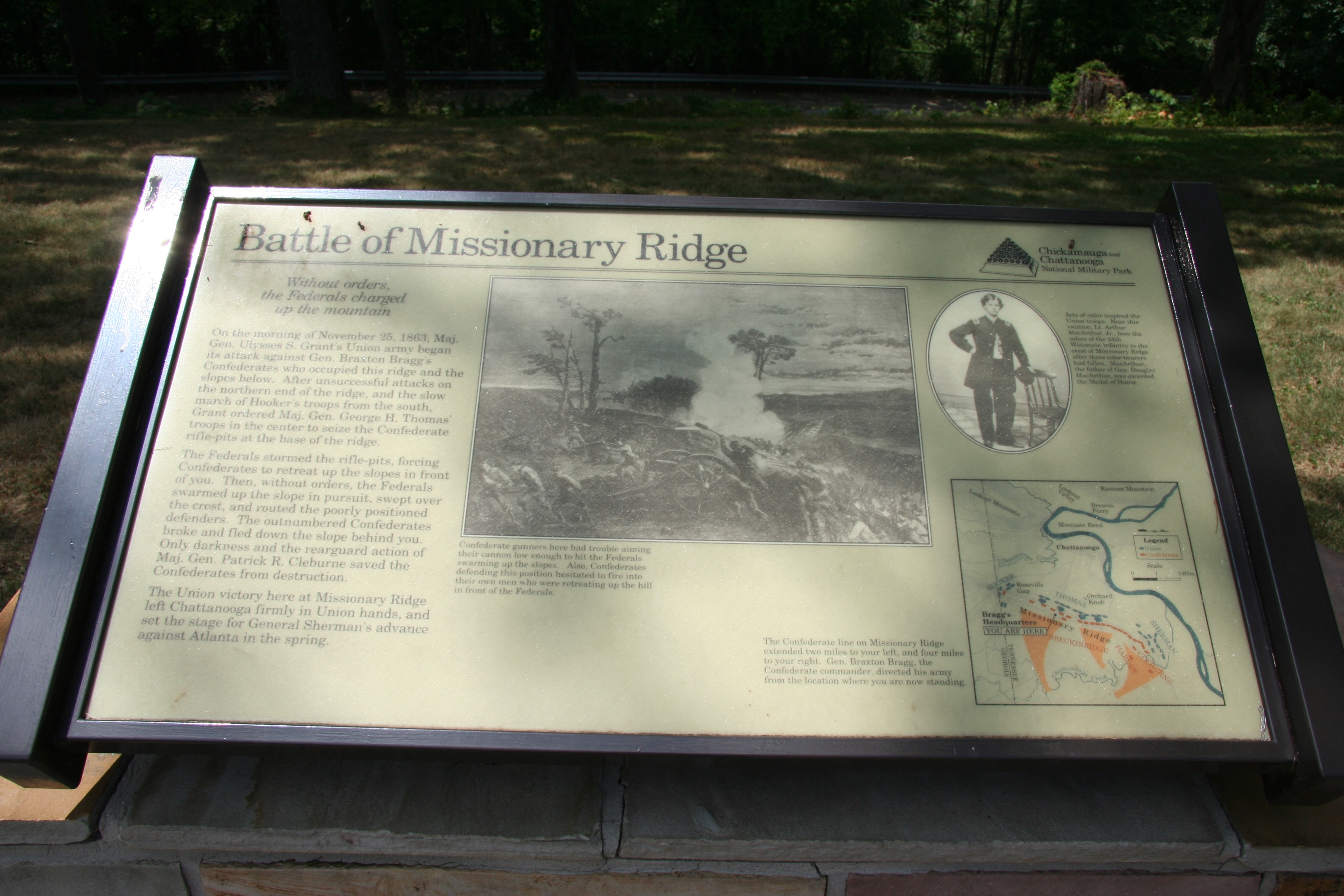 Missionary Ridge is the site of one of the most exciting and important battles of the Civil War in Tennessee. It was here that General Ulysses S. Grant would prove his merit as a military strategist and set himself up to take on the job of commanding the entirety of the Union forces. This was also one of the first nails in the coffin of the Confederacy.

Following his retreat after losing Tullahoma, it was here that Confederate General Braxton Bragg made his final stand against Union advancement in Tennessee. It was also at this battlefield that General Bragg finally lost Eastern Tennessee to the Union.

Following the Battle of Chattanooga, Confederate troops had kept the Union army bottled up around Chattanooga for two months. They were able to achieve this by controlling the high ground around the city and using the area's natural landscape to create a semicircle blockade around the town. Union troops were hard-pressed and running low on supplies when General Ulysses S. Grant assumed direct command of the Union troops in Chattanooga.

Upon General Grant's arrival the Union troops quickly began to reverse their situation. By late October troops had managed to seize back control of the Tennessee River from the Confederates and establish a supply line. This line would come to be called the "Cracker Line" and holds it importance by having it own historical marker located within the park. After supplies became coming in Union soldiers wasted no time in maneuvering out of their besieged city.

In late November Union forces managed to make an offensive push back against the Confederates. After a couple days of trying to hold back the advancing North, Southern troops were forced to retreat and set up defenses at the top of Missionary Ridge. From here one of the greatest Union victories of the war took place. Under the commanding orders of General Grant, Maj. Gen. George H. Thomas stormed the Confederate rifle pits and managed to overtake and secure them. Then, without orders, Thomas' men continued their advancement up the ridge and broke the enemy's defenses. This caused a full on retreat of the Confederates and effectively surrendered Tennessee back to the Union.