The Cairo is an apartment building located in the Dupont Circle neighborhood of Washington, DC, and it is the largest residential building in the city. Constructed in the 1890s, the building is particularly notable for being the largest building in Washington, DC at the time of its construction, and for stirring public outcry because of its sheer size. As a result, the Cairo was a catalyst for the passing of legislation limiting the height of buildings within the capital. Today, the Cairo is home to luxury condominiums. It was placed on the National Register of Historic Places in September of 1994.

A view of the Cairo from 2008, by AgnosticPreachersKid on Wikipedia Commons (CC BY-SA 3.0) 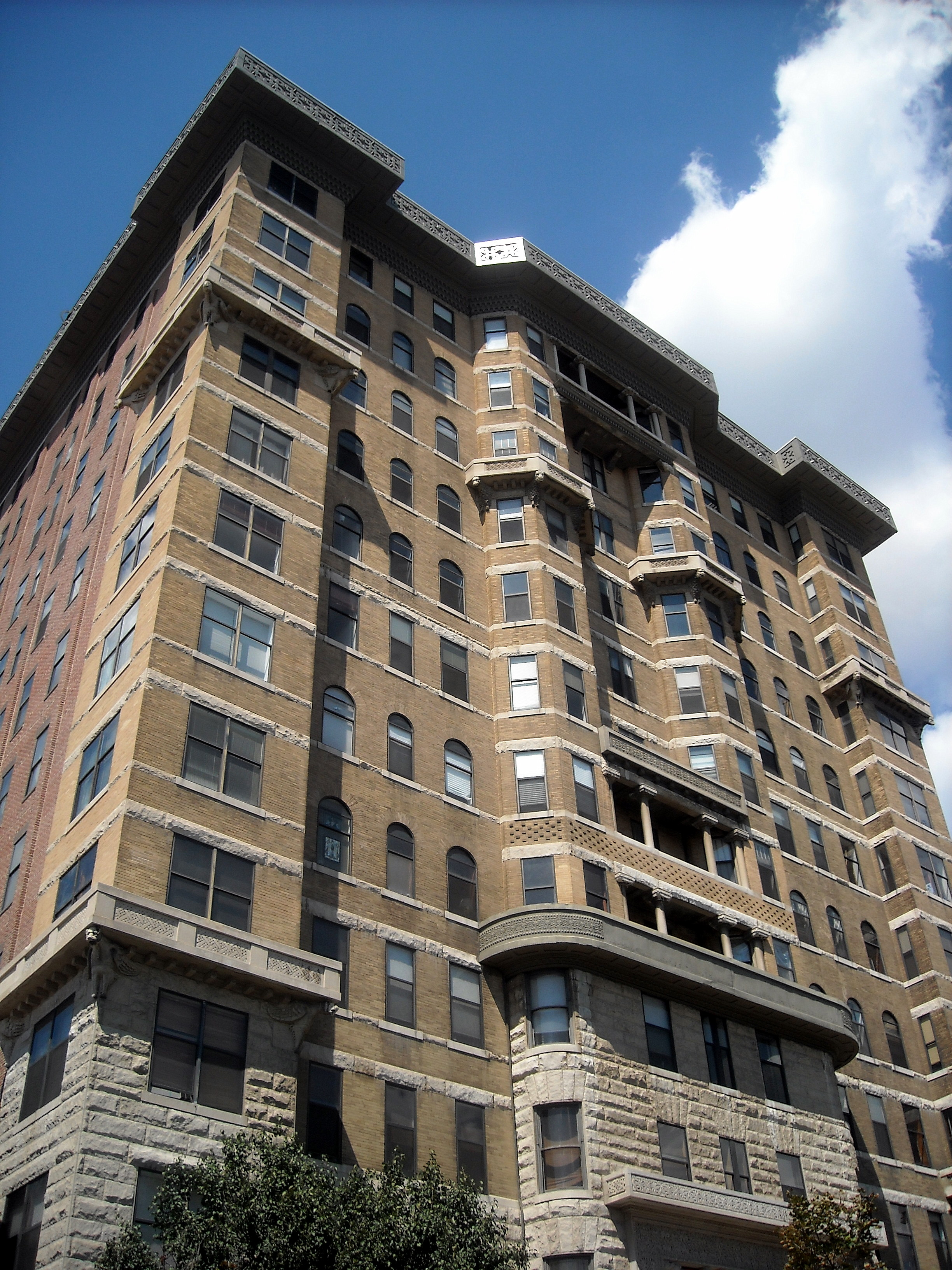 The Cairo, ca. 1920-1950, by Theodor Horydczak, courtesy of the Library of Congress (reproduced under Fair Use) 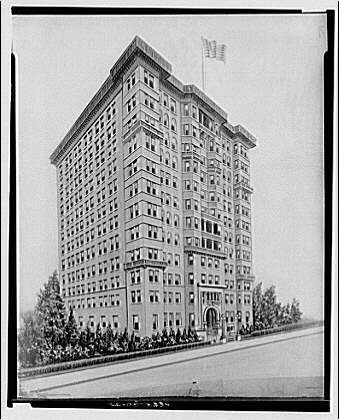 The Cairo lobby in the 1960s, courtesy of Library of Congress (reproduced under Fair Use) 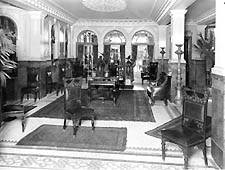 One of the rooms in the early 20th century, courtesy of Metro Weekly (reproduced under Fair Use) 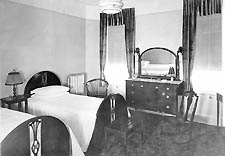 1915 advertisement for The Cairo, courtesy of Ghosts of DC (public domain) 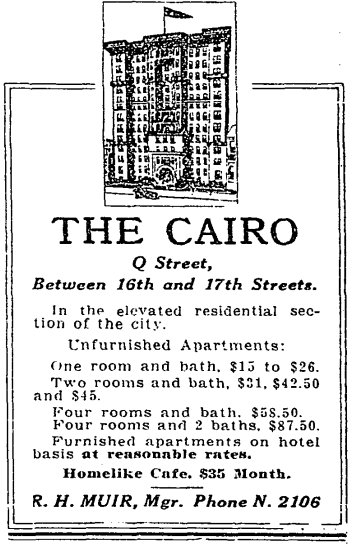 Close up of the hotel's logo by J. Will Pierce on Wikimedia Commons (CC BY-SA 3.0)

On February 19th of 1894, Architect T. Franklin Schneider was given a permit to construct his project of a massive apartment building. Planned to reach twelve stories, the building was to be the largest size that Washington, DC would permit a private building to be at the time. Construction on the building began that year, and even before the building was completed, it was subject to criticism due to the sheer size of the building. Those in the neighborhood complained of things from it being so tall that it blocked out light, to it being a safety hazard, to it being such a size that it out-scaled every other building in the neighborhood. Despite the outcry from the public, all apartments in the building were leased out by the time construction was completed, and it was very much a strong architectural advancement, due to its steel frame construction.

In the century following its opening, the Cairo changed hands numerous times, carrying with it varying degrees of financial success with each iteration. It also was host to numerous famous personalities of the time, including F. Scott Fitzgerald and Thomas Edison. On September 9th, 1994, almost fifty years after its opening, the Cairo building was placed on the National Register of Historic Places, recognizing its significance in the history of the Dupont Circle neighborhood. A great fire struck the Cairo in 2007, bringing with it the need for a large-scale renovation of the building. In 2009, renovations were completed, and the Cairo reopened once again as luxury condominiums.