Located in Rock Creek Cemetery and dedicated in 1891, this bronze statue by sculptor Augustus Saint-Gaudens was commissioned by historian Henry Adams (1838-1918) in memory of his wife Marian Hooper Adams (1843-1885). During her life, Marian was known as "Clover," and was a well-known socialite and photographer. The statue resembles a person who is neither male nor female draped in a cloak. It is not a likeness of Marian but represents the Buddhist concept of nirvana, a state of being beyond joy or grief. Henry had traveled to Asia after his wife's death and was inspired by the ideas he encountered there. The statue was placed on the National Register of Historic Places in 1972. 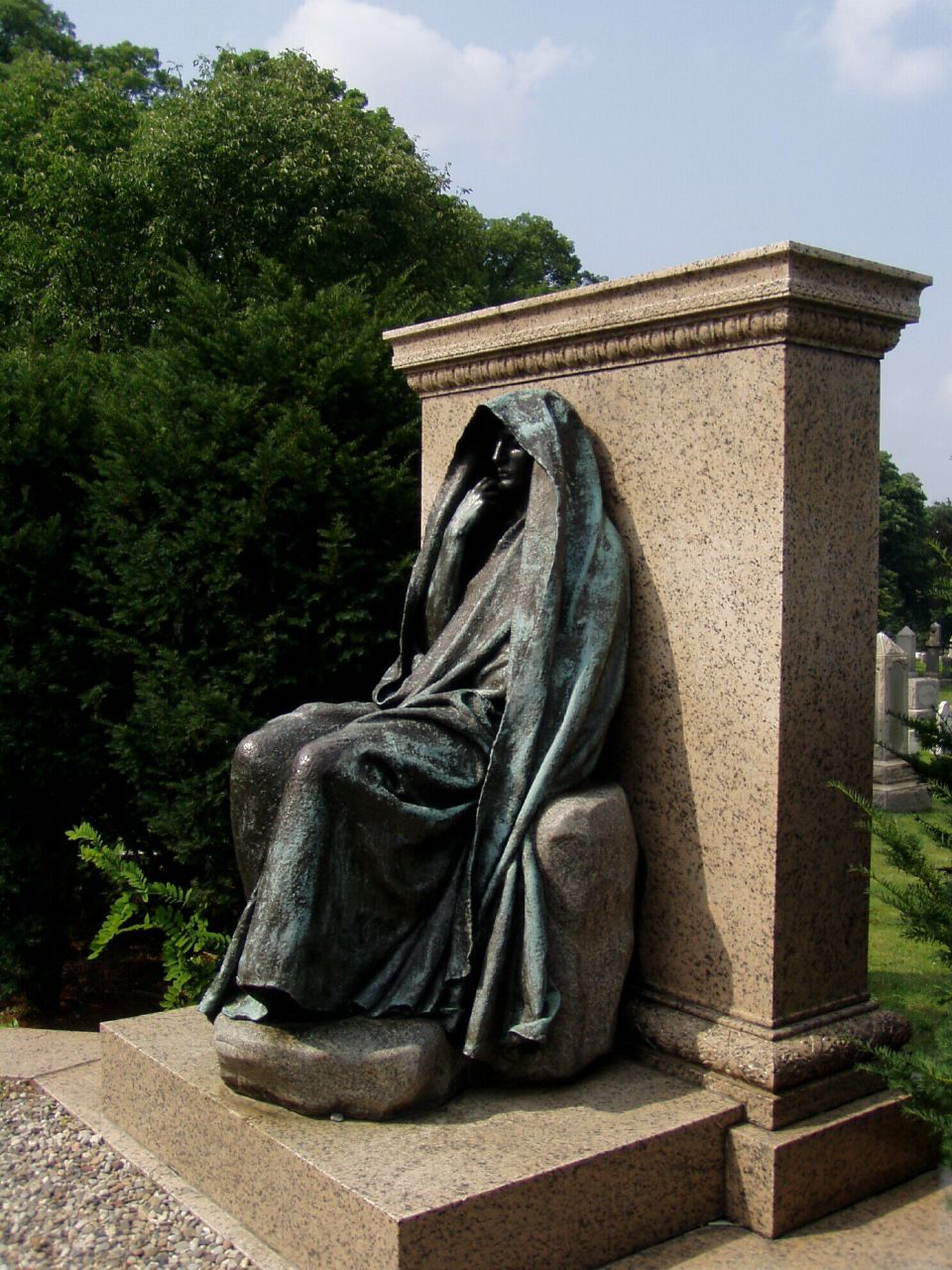 In 1885, Henry Adams, a descendant of president John Quincy Adams, found that his wife, photographer Marian "Clover" Hooper Adams, had committed suicide by way of potassium cyanide, a photography-developing chemical. Born in Boston, Clover had married Henry in 1872 and they had moved to Washington, DC in 1877. Clover was known for her skill as a hostess, and when she took up photography in 1883 she also gained recognition for her portrait and landscape photographs. After the death of her father in April 1885, she fell into a depression and committed suicide in December of the same year. Henry burned most of his wife's papers, so a deeper understanding of her mental state may never be known.

Henry was stricken with grief at the death of his wife, and as a result, he left for a trip to Asia in the company of his friend and renowned artist, John LaFarge. His trip lasted a considerable amount of time, and he spent several years abroad, specifically studying the land’s philosophy and religion. During his time there, Adams studied Buddhism, and it had a profound effect on his outlook on life and death. After his trip and his studies, he returned to Washington, DC with an idea to construct a memorial for his wife. He commissioned sculptor Augustus Saint-Gaudens to create the bronze memorial. After studying Buddhism and Asian philosophies, Adams wanted the statue to reflect on ideas of the acceptance of inevitability, as a way to find peace with the death of his wife.

In 1891, the statue was completed and erected in Rock Creek Cemetery, where it garnered attention from mourners and tourists alike. The memorial is unmarked and surrounded by bushes. It was placed on the National Register of Historic Places on March 16th, 1972.