Just one year after the Civil War, Congress passed an act which created two "experimental" cavalry regiments for service on the western frontiers. African Americans, most of whom had only recently been slaves, put on blue uniforms and filled the ranks of the 9th and 10th U.S. Cavalry. This Marker tells more about their actions and missions. It should also be noted that what follows is directly from the marker itself and can be found inscribed on it at the location. 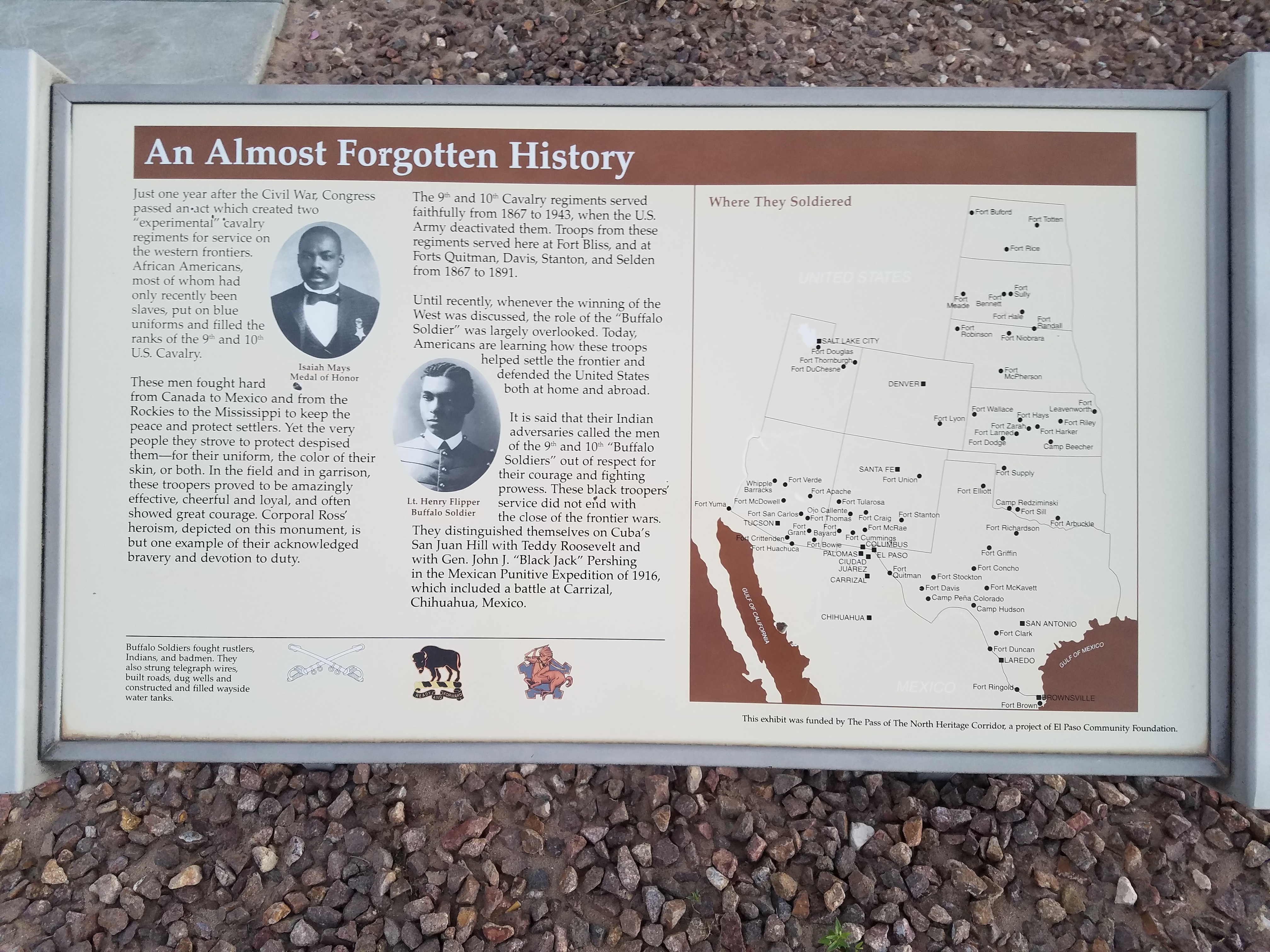 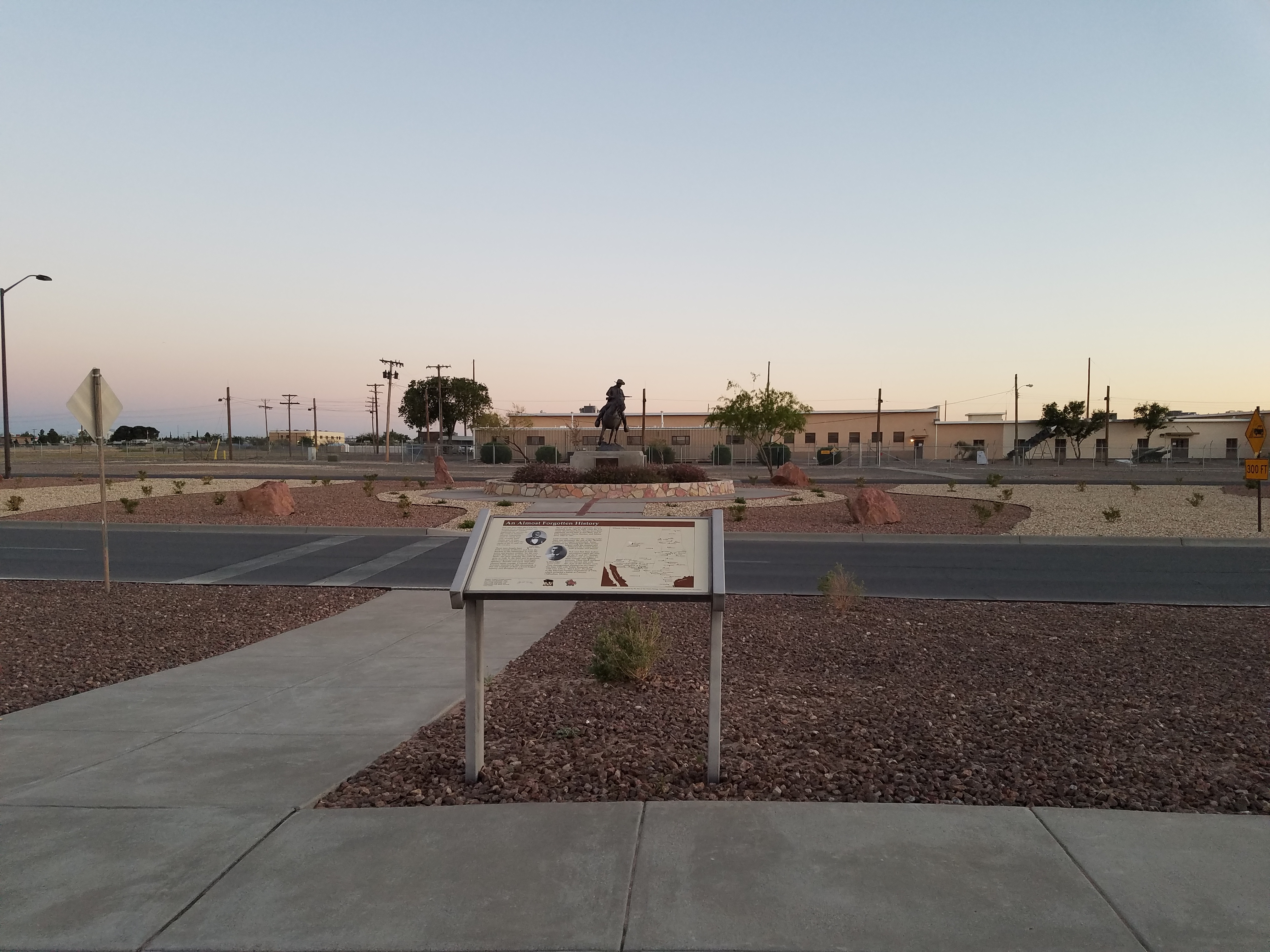 These men fought hard from Canada to Mexico and from the Rockies to the Mississippi to keep the peace and protect settlers. Yet the very people they strove to protect despised them - for their uniform, the color of their skin, or both. In the field and in garrison, these troopers proved to be amazingly effective, cheerful and loyal, and often showed great courage. Corporal Ross's heroism, depicted on this monument, is but one example of their acknowledged bravery and devotion to duty.

Until recently, whenever the winning of the West was discussed, the role of the "Buffalo Soldier" was largely overlooked. Today, Americans are learning how these troops helped settle the frontier and defended the United States both at home and abroad.

It is said that their Indian adversaries called the men of the 9th and 10th "Buffalo Soldiers" out of respect for their courage and fighting prowess. These Black troopers service did not end with the close of the frontier wars. They distinguished themselves on Cuba's San Juan Hill with Teddy Roosevelt and with Gen. John J. "Black Jack" Pershing in the Mexican Punitive Expedition of 1916, which included a battle at Carrizal, Chihuahua, Mexico.