Constructed in 1926 at a cost of $10 million by the Bowman-Biltmore Hotels Corporation, the Coral Gables Biltmore Hotel was the center of Miami's social scene. Developer George Merrick and his financial supporters believed that the hotel would further their vision of Coral Gables as an elegant Miami suburb. During its first two decades, the hotel was host to Presidents, athletes such as Babe Ruth, celebrities like Judy Garland, and was even a favorite of Al Capone and the site of at least one gang-related killing. The Biltmore was the tallest building in Florida at the time of its construction and its 600,000-gallon pool still holds the record for the largest hotel pool in the nation. 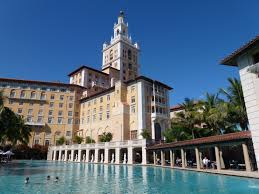 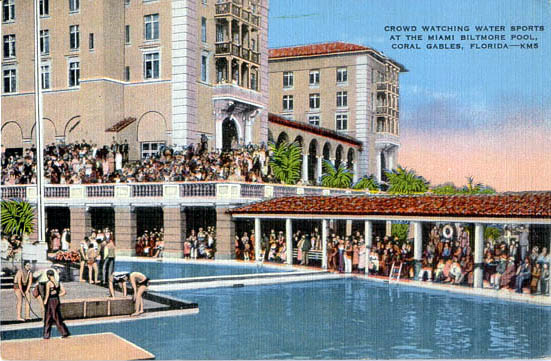 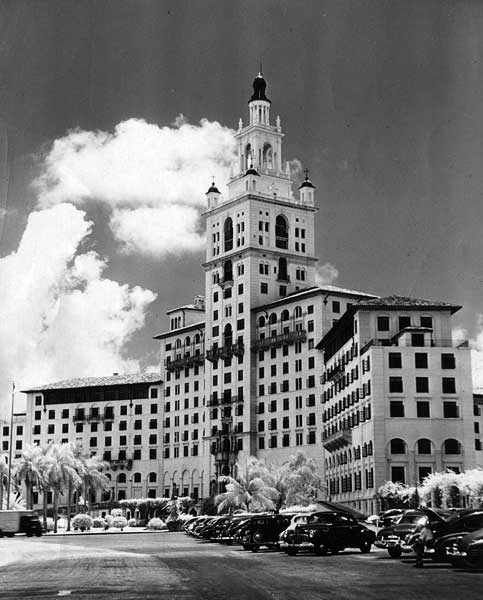 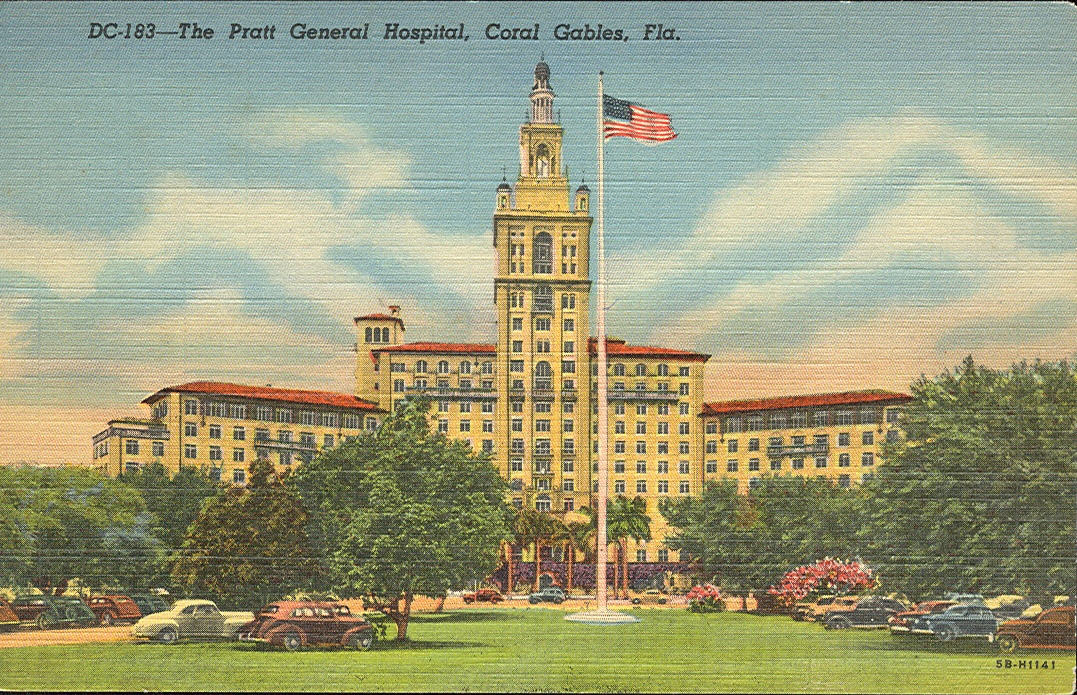 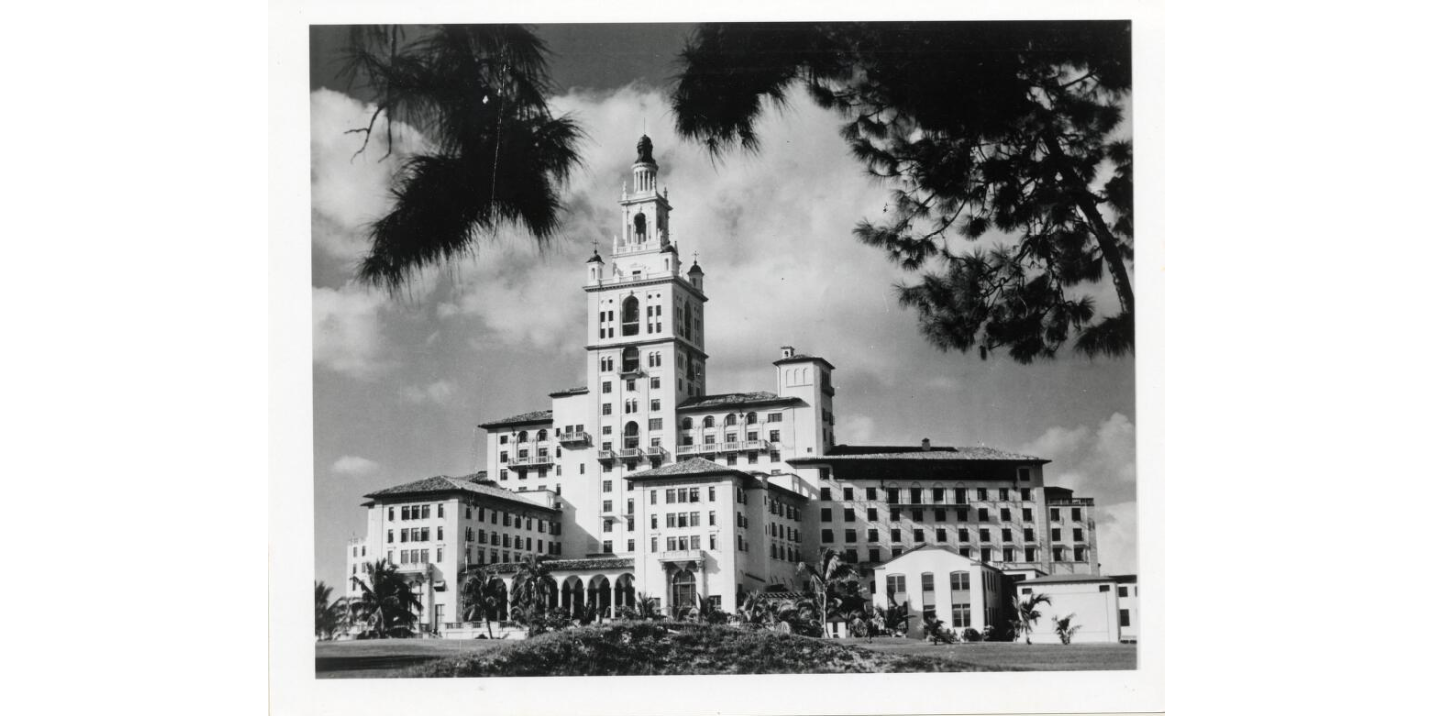 The Miami-Biltmore Hotel and Country Club in Coral Gables, Florida opened in January 1926, and was one of the most luxurious and modern hotels of its time; host to movie stars, presidents, and gangsters. Designed by the prominent New York architectural firm of Schultze and Weaver, the Miami-Biltmore is Coral Gables' most notable reminder of the Florida land boom and is one of the most important monuments of this era in South Florida. In its heyday, the hotel was a winter resort for the socially prominent and the building has served in several capacities since then. Eight months after the Hotel opened, a devastating hurricane struck Miami with 130-mile-an-hour winds. The Biltmore escaped with only slight damage and housed about 2,000 refugees made homeless by the storm. During the Great Depression the Miami-Biltmore remained a noted social destination, offering dinner dances, golf tournaments, and aquatic events. In November 1942 the War Department took over the Miami-Biltmore Hotel, converting it into a convalescent hospital with 1,200 beds. In 1946 the building housed the Pratt Army General Hospital, which was operated by the Veterans Administration from 1947 until 1968.

Upon termination of hospital activities, the 138-acre Biltmore Golf Course was the first parcel of the historic Biltmore Hotel complex to be conveyed to the City of Coral Gables through the Department of the Interior’s Federal Lands to Parks program for public park and recreation purposes. In 1973, the General Services Administration transferred the final two parcels of the complex at no cost to the City: a 5.49-acre parcel, including the hotel tower and several supporting buildings, was conveyed for historic monument use under the auspices of the Historic Surplus Property Program; the other 14.35 acres were conveyed with public park restrictions, although a portion of this was changed to historic monument purposes in 1984. The hotel suffered decades of abandonment until extensive rehabilitation and renovation occurred in the late 1980s.  Designated a National Historic Landmark in 1996, the Biltmore once again serves as an elegant and luxurious hotel.