Preceded by another fort, Fort Bowyer during the War of 1812, Fort Morgan is a Third System masonry fort built between 1819 and 1833. Standing guard where the bay meets the Gulf of Mexico, the fort played a significant role in the Battle of Mobile Bay in August 1864. Used intermittently through the Spanish American War, World War I and World War II, the site showcases the evolution of seacoast fortifications and adaptations made by the U.S. Army for the defense of the country. On June 28, 1946, the majority of Fort Morgan was re-conveyed to the State of Alabama and in 1957, the hotshot furnace was conveyed to the State of Alabama under the Historic Surplus Property Program. Designated a National Historic Landmark in 1960, the property continues to operate as historic site under the administration of the Alabama Historical Commission.

This photo shows more detail and trenches of the fort. 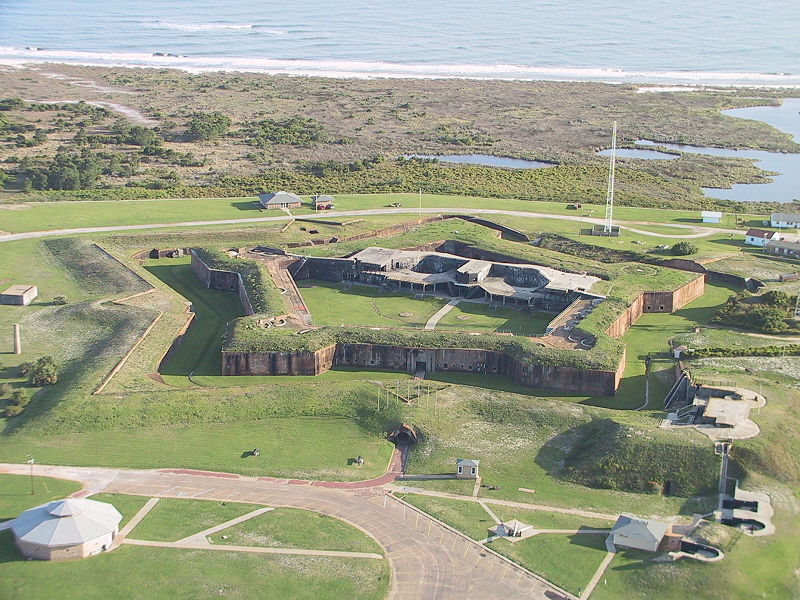 This is an aerial view of the fort. 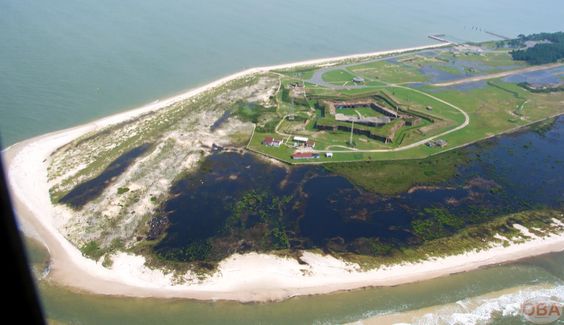 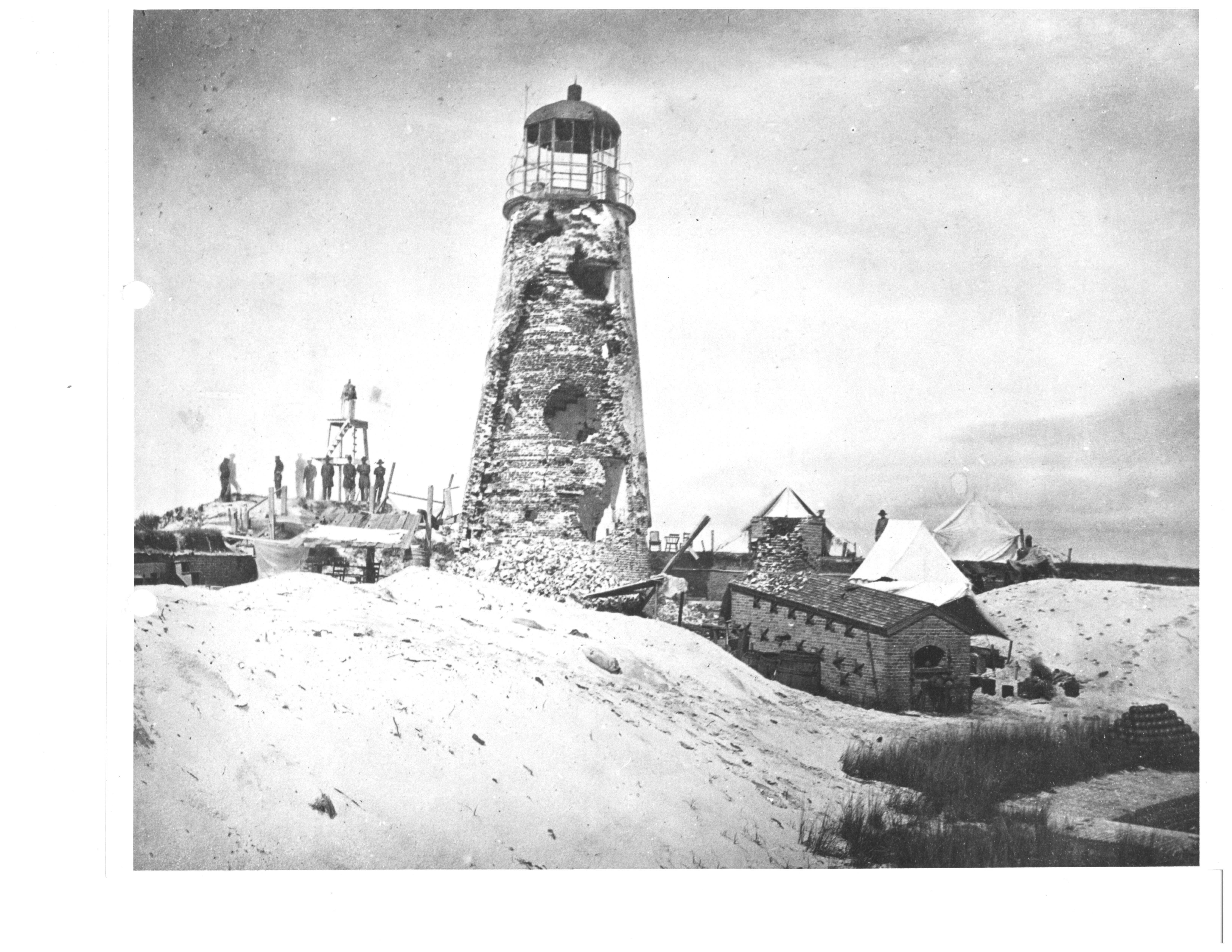 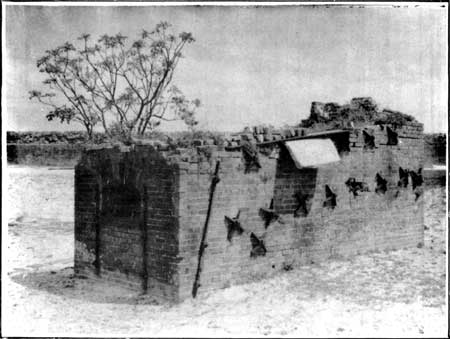 The site of Fort Morgan originally called Fort Bowyer has protected many men whom dwelled in the different structures for protection. This site was part of the Louisiana Purchase by the Americans in 1803 from France. Colonial John Bowyer finished the fort, made of earth insulation and wooden walls to protect Mobile Bay from British in the early years of 1800’s. The layout was first in a D shape with the curve facing the water. The last battle that was fought here when it was called Fort Bowyer was on Feb 8, 1815.

Andrew Jackson had garrisoned the fort and left command of the fort to Major William Lawrence in September 1814. The British arrived in the bay with several small boats and the large flagship HMS Hermes. The flagships rigging was injured by a cannonball from the fort. The boat floating into the shallows of the coast. Thus giving the victory to Andrew Jackson and his army that day.

While Andrew Jackson was fighting for New Orleans, the British attacked Fort Bowyer and this time leveling the fort. The War of 1812 had ended with a peace treaty signed in December of 1814. In 1819, Andrew Jackson had ordered the fort to be rebuilt and was renamed Fort Morgan after General Daniel Morgan whom was famous at the Battle of Cowpens in the Revolutionary War. The land under the fort was an important piece, that whomever possessed it would control the Mobile Bay and possibly New Orleans.

African American slaves were brought in to help build the new Fort Morgan, and was completed in 1833 the fort was finished. The external walls was now brick and could hold more cannons. The fort is now in a star shape. Later it became a resting point for the Indians on the Trail of Tears. The fort was utilized in the Battle of Mobile Bay during the Civil War occupied by the Confederates who surrendered to the Union Navy.

In Fort Morgan’s Lighthouse Battery, stands a hotshot furnace. Replacing an earlier War of 1812 furnace, between November of 1843 and February of 1844, the new furnace was constructed of local firebrick and New York ironwork.

By the beginning of the Civil War "hotshot" had been supplanted by exploding artillery shells which proved just as effective. Thus, during the battle of Mobile Bay on August 5, 1864, Fort Morgan's hotshot furnace sat unused. During the siege of the fort between the 9th and 23rd of August, the hotshot furnace was badly damaged by Union artillery fire. After the Civil War the furnace was repaired by the U.S. Army Corps of Engineers, but years of neglect eventually led to the collapse of much of the structure.

Fort Morgan was reactivated and served as a coast defense post during both the Spanish American War and World War I, during which time it was the largest permanent military base in Alabama. Closed in 1924, the post was deeded to the State of Alabama on May 24, 1927 for use as a state park. Interest in the old furnace was renewed when a photograph of the dilapidated structure appeared in the February 1939 National Parks Service’s Regional Review and it was restored.

Purchased by the U.S. Government in November 1941, Fort Morgan was reactivated as a coast defense base during World War II. On June 28, 1946, the majority of Fort Morgan was re-conveyed to the State of Alabama and in 1957, the hotshot furnace was conveyed to the State of Alabama under the Historic Surplus Property Program. Designated a National Historic Landmark in 1960, the property continues to operate as historic site under the administration of the Alabama Historical Commission.

During June and July guided tours are given daily from 10 to 11 am otherwise open to public from 8am-5pm except New Years Day, Thanksgiving Day and day after, Christmas Eve and Christmas Day