The Museo Alameda was the official Texas State Latino Museum and the first-ever Smithsonian Museum affiliate outside of Washington D.C. The museum in Market Square opened to enthusiastic fanfare in 2007 with hopes of attracting hundreds of thousands of visitors per year but closed in 2012 due to a lack of attendance and a failure to attract enough donations. Texas A&M University-San Antonio acquired the building and endeavors to preserve the intent of the museum by operating an educational and cultural arts center. The university named the center Casa Rosa until a local artist with a studio by that same name filed a complaint. 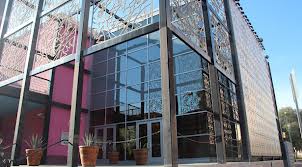