Built in an era when designing lavish motion picture theaters was the rule, the ornate Majestic Theatre more than outdid the rule. Today the beautifully restored Majestic Theatre has transitioned to a different sort of show: the live theater and arts. Located in the heart of downtown San Antonio, Texas, the Majestic Theatre was built in 1929 and was designed in a Spanish Mediterranean style by John Eberson for Karl Hoblitzelle's Interstate Theatres. The 2,264 seat Majestic Theatre is a National Historic Landmark, and is currently home to the San Antonio Symphony and the Broadway in San Antonio series, along with a wide variety of concerts and performing arts attractions.

The interior of the theatre 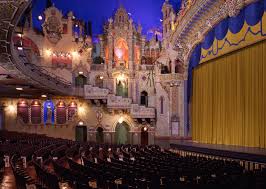 An old photograph of the theatre 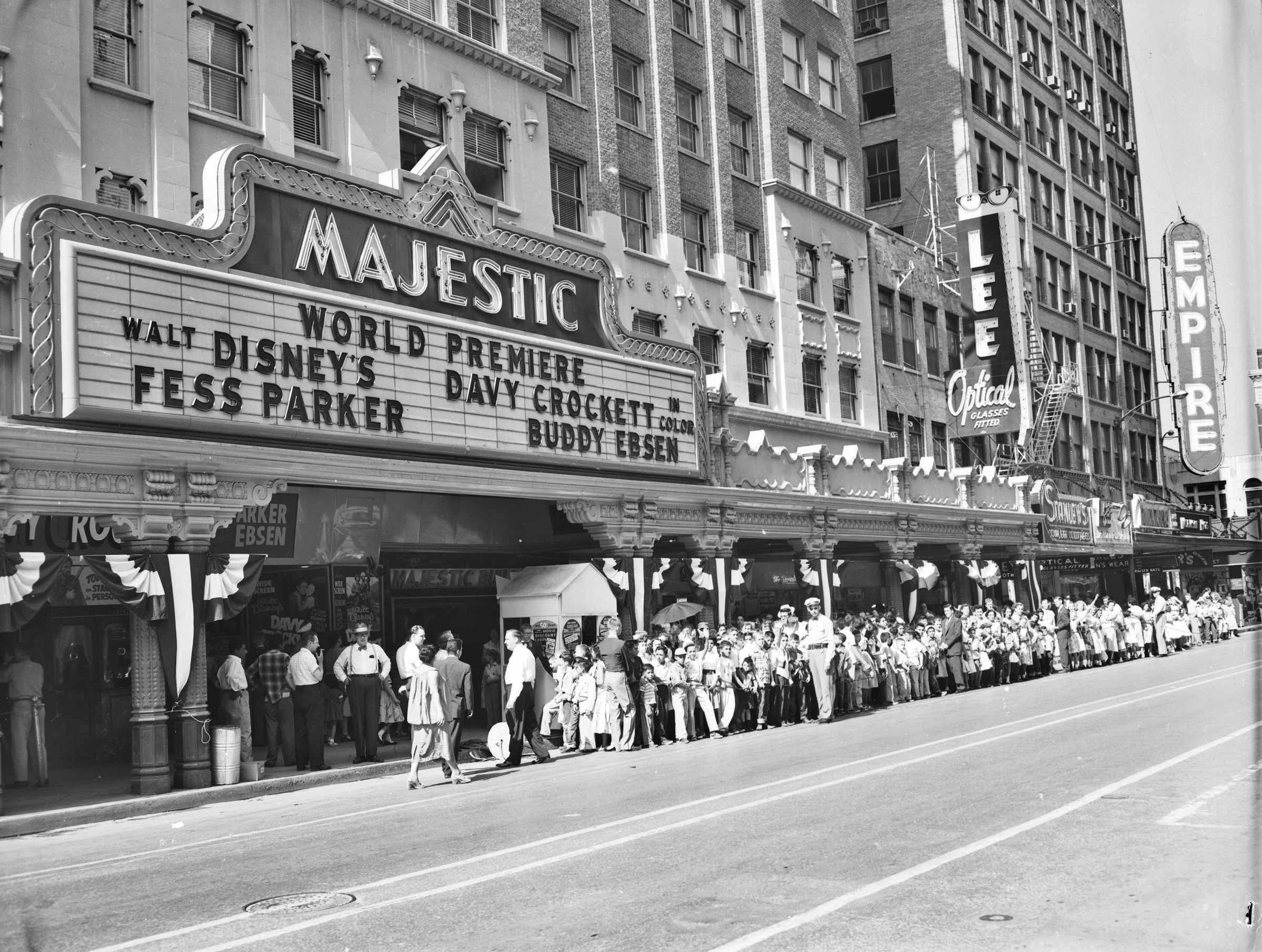 Built in 1929 by John Eberson for Karl Hoblitzelle's Interstate Theatres, for many years, the Majestic Theatre was the largest theater in Texas and the second largest motion picture theater in America. It was also the first movie theater in Texas to be completely air-conditioned, a luxury not lost on its patrons.

However, the Majestic's luxury went beyond simply comfort and soared into extravagant beauty. Through unique architectural design and the vibrant colors of the wall's murals, patrons of the theater might get as lost in the interior decoration as in the actual show. "Walls become towers with windows of colorful glass. A rare white peacock perches on a balcony railing as doves are caught in mid-flight. Grape vines creep along the walls and luscious foliage flourishes. The vaulted "sky" comes to life as stars twinkle while drifting clouds pass by overhead. Balconies, tile roofs, arches, and columnns, railings, elaborate ornamentation, statues, and a bell tower all aid in the transformation of the theatre into a mystical village."1

However, as the movie industry changed, there became less of a demand for luxury among its customers, and December 31, 1974, the Majestic Theatre permanently closed its doors (at least, as a movie theater). The next year, it was listed on that National Register of Historic Places, and in 1976 Hoblitzelle Interests donated the building to the newly formed Majestic Foundation.

After an extensive restoration effort, the Majestic Theatre reopened its doors as the home of the San Antonio Symphony in 1989, as well as holding several Broadway shows and other performing arts events. The Majestic Theatre was handed the additional honor of "National Historic Landmark" in 1993.

Including its original history with its modern restored existence, the Majestic Theatre has seen many historic shows. Names like Ann Miller, Bob Hope, and Jerry Seinfield all share in common that they too have performed at the Majestic Theatre. Broadway Musicals, such as Wicked, The Lion King, and Les Miserables have all held shows on Majestic Theatre's stage. Today it is one of the finest places to watch a live performance.