Once a frontier outpost and then a World War II range and training ground, Fort Irwin became a permanent installation in 1961. The site is unique in its location within the Mojave Desert. It is also unique due to its capacity to offer various training exercises in over a thousand square miles of uninhabited space. 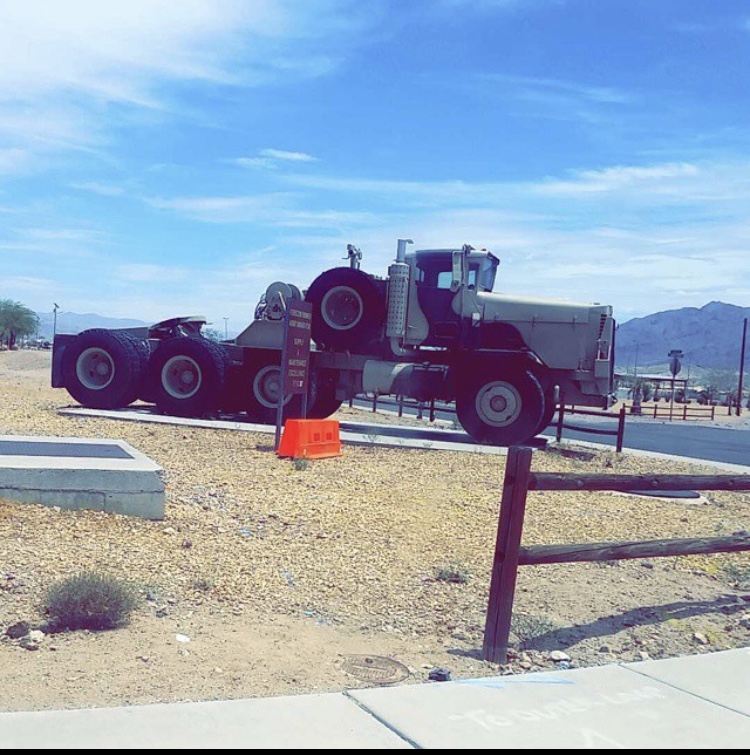 "Painted Rocks" is located outside the main gate. Many units paint there unit crest on rocks at this location once they've completed their rotation at NTC. 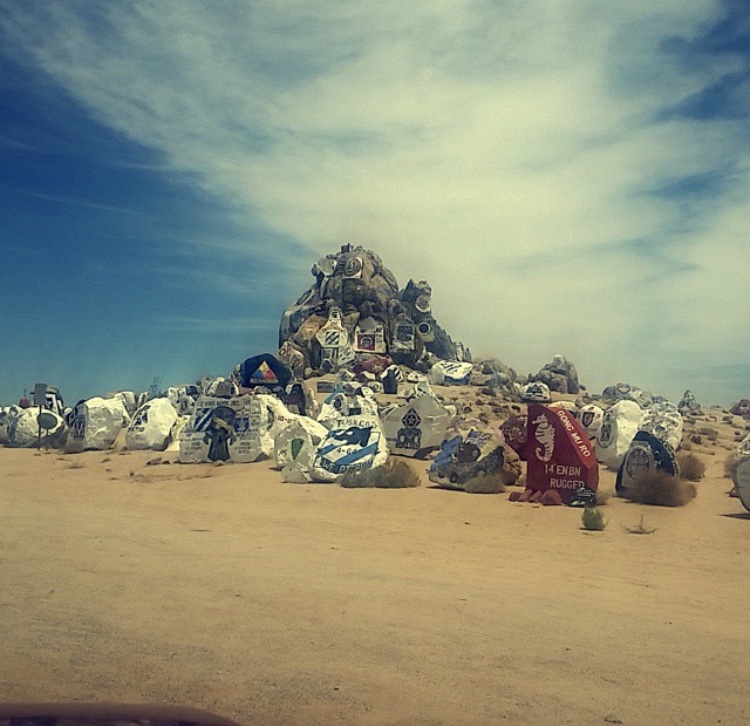 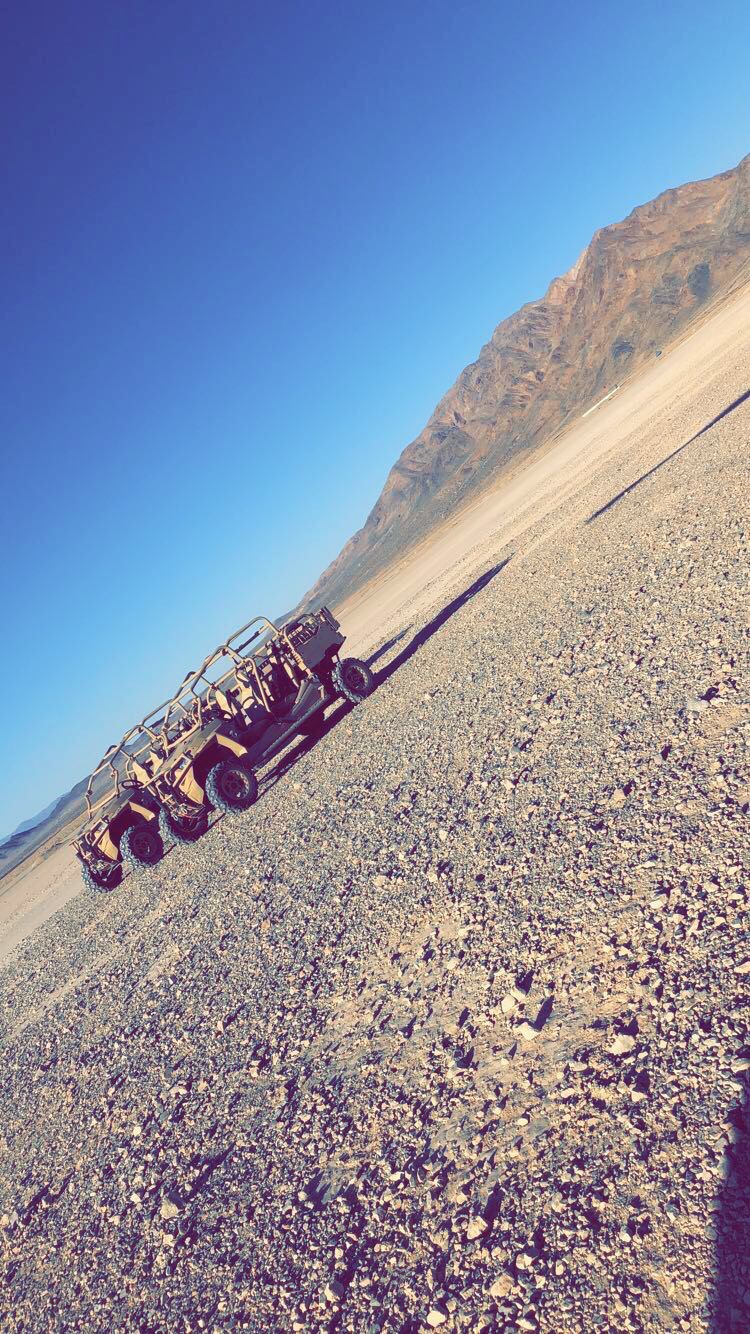 This dried up lake bed, now airfield is the first sight most soldiers see when arriving to Fort Irwin via C-130. 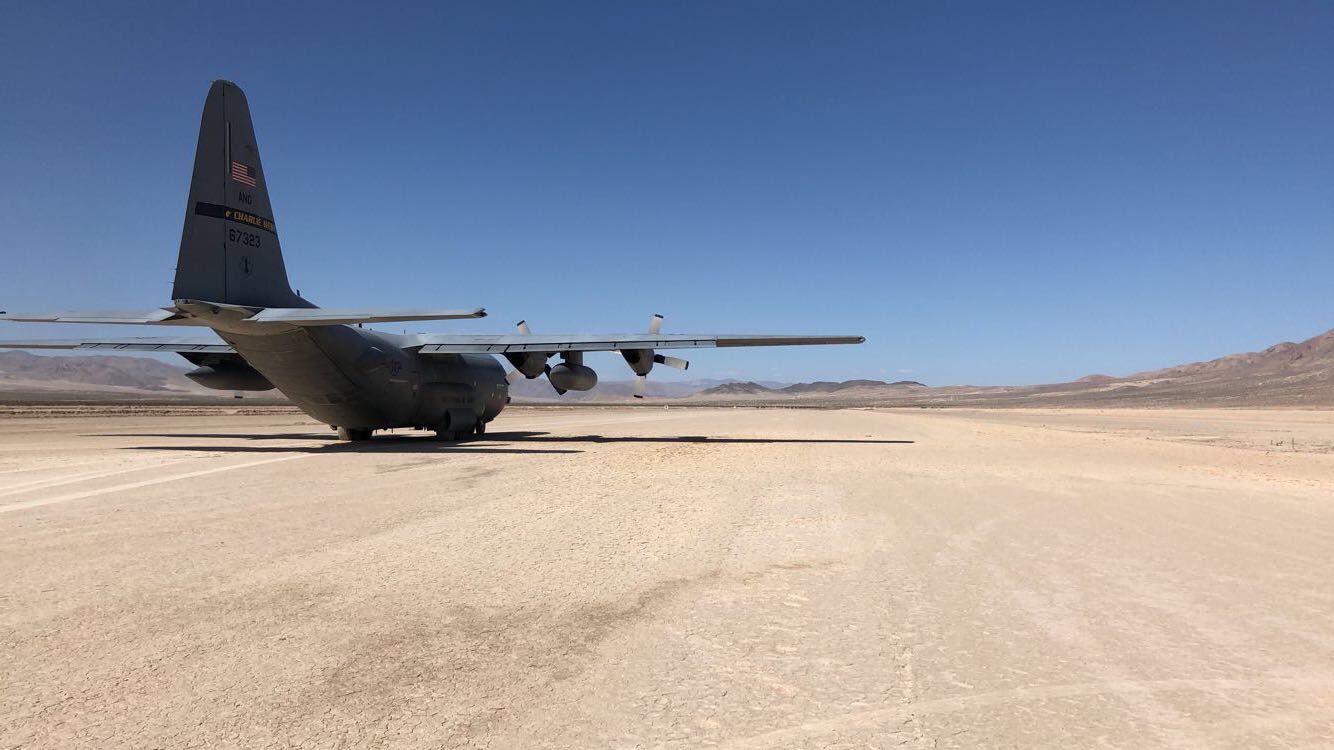 The land surrounding Fort Irwin was inhabited by Native peoples for thousands of years. Father Francisco Garces traveled the Mojave Indian trail in 1796 and recorded native American settlements and pioneer explorations. He noted several small bands of Indians during his travels, and is believed to have been the first European to make contact with the native Americans of the area. In 1826, Jedediah Smith is thought to have been the first American to explore the area. He was soon followed by other pioneers traveling the old Spanish trail between Santa Fe and Los Angeles.

Captain John C. Fremont, accompanied by Kit Carson, was the first US Army member to visit the Fort Irwin area in 1884. He established a camp near Bitter Springs that served travelers on the old Spanish trail linking Salt Lake City to California. This camp later became an important supply center during California's settlement and gold rush. The gold rush brought prosperous trade and trouble to the area. As California grew, raids and horse stealing became a problem. The army constructed a small stone fort and patrolled the Fort Irwin area during the Indian wars. It was the presence of this fort that helped reduce the amount of crime that occurred during this time.

President Franklin Roosevelt established the Mojave Anti-Aircraft Range in the area of Fort Irwin. It was a military reservation of approximately 1,000 square miles. It was renamed Camp Irwin in honor of General George LeRoy Irwin. He was commander of the 57th Field Artillery Brigade during World War 1. The Mojave Anti-Aircraft Range was subsumed into the Desert Training Center as one of its cantonment areas and some of its ranges. Camp Irwin was soon closed then reopened in 1951 as the Armored Combat Training area. It served as a training center for combat units during the Korean war.

On August 1, 1961 the camp was designated a permanent installation. During the Vietnam war, many units trained and deployed from the fort. The post was deactivated again, in January of 1971 in maintenance status under the control of Fort MacArthur, in Los Angeles, California. The national guard in California took full responsibility for the post in 1972. Fort Irwin was used as a training area by the national guard and reserve components from 1972 to late 1980. At that time, Fort Irwin returned to active status as a training base for the regular army.

Presently, Fort Irwin is the US Army's National Training Center. Fort Irwin is home to 11th Armored Calvary Regiment (ACR). 11th ACR acts as the opposing forces also known as OPFOR. NTC is the last stop for most soldiers who are set to go on a deployment over seas. Units go through a month long rotation at NTC, simulating war zone conditions. During the month long simulation, soldiers will be tested on their units combat capabilities and readiness for war.