Visquesney dedicated his statue “to you, America, to the World... that it may be a constant reminder of all of what real Americanism is, what it does and how it safeguards our home and our country." 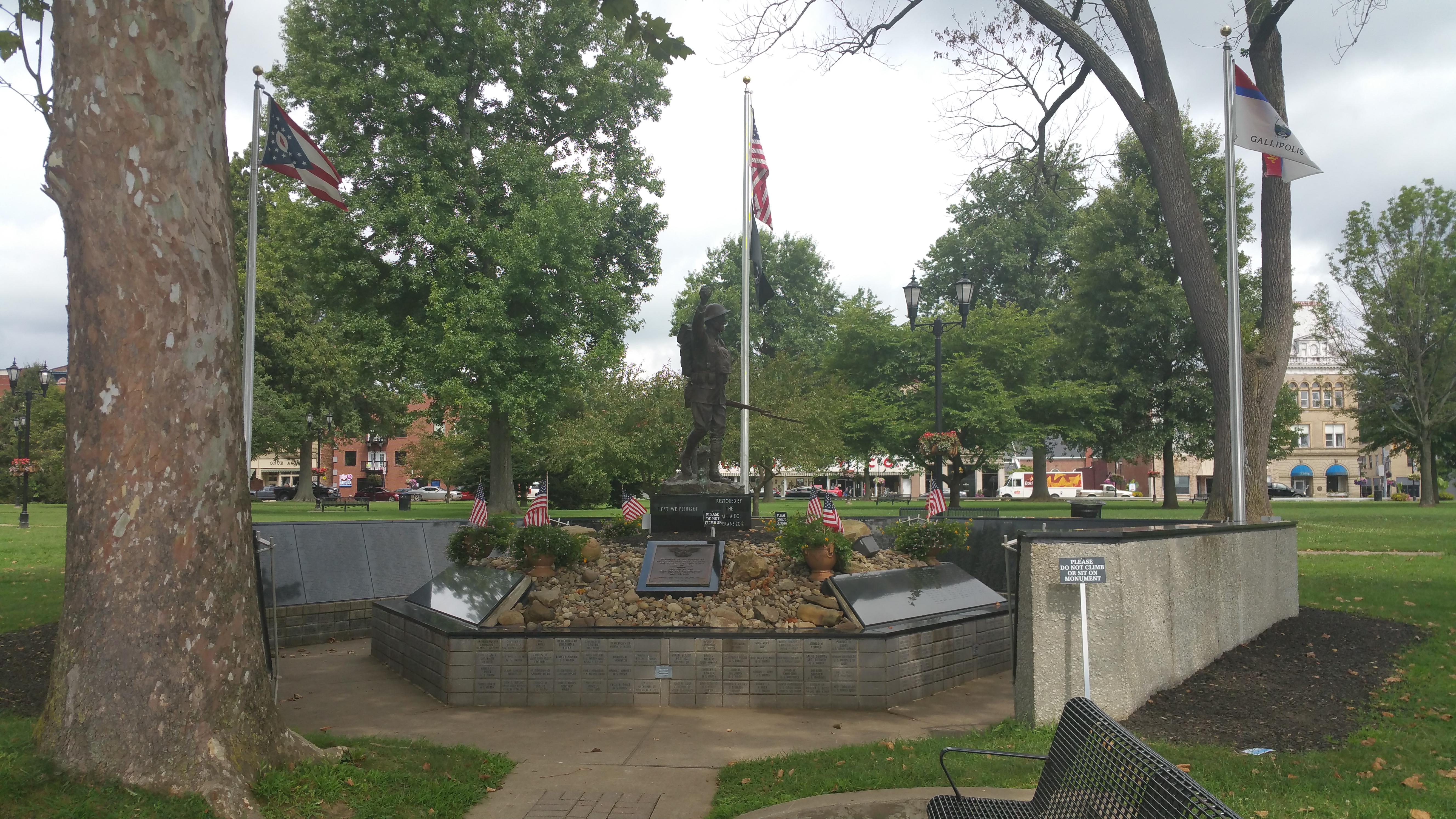 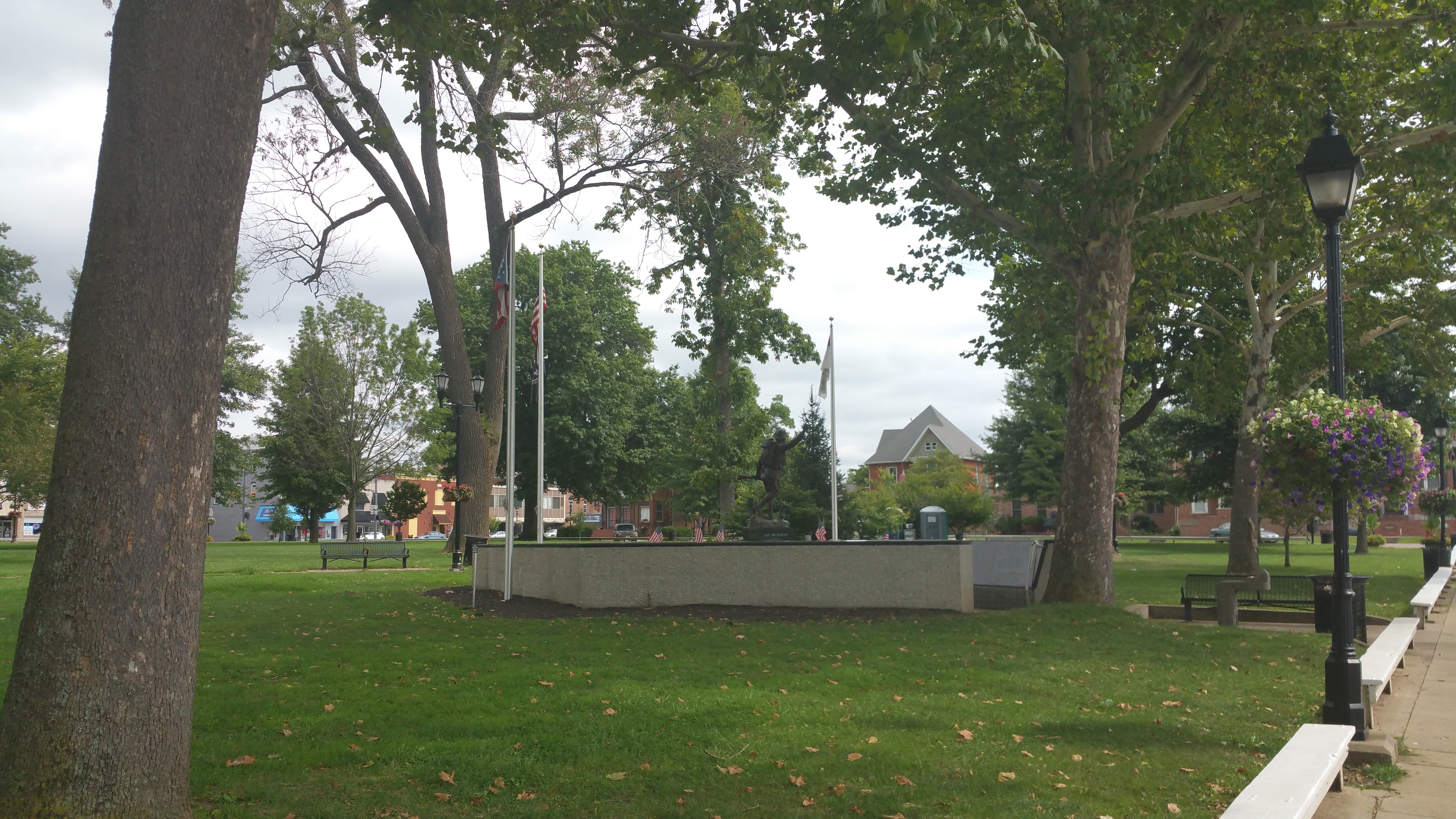 A memorial of Black marble lists the names of Gallia County veterans. 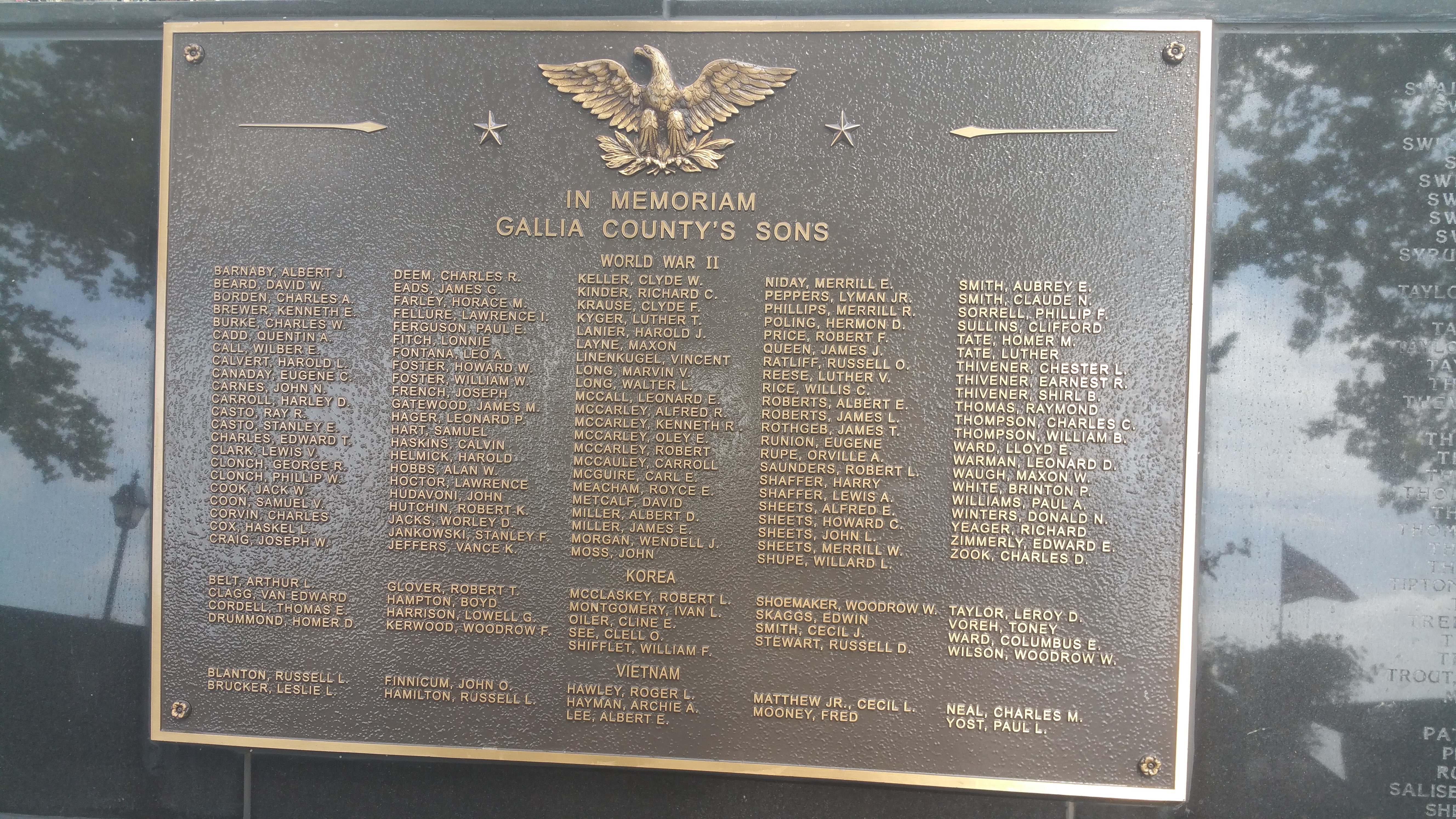 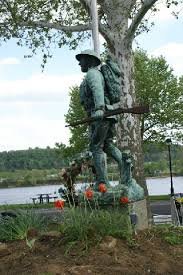 On May 30th, 1931, Gallipolis’s Doughboy statue was dedicated in memory of a young soldier, John Oliver, who was killed in World War I. The Women’s Auxiliary of American Legion Lafayette Post 27 bought the statue and oversaw its installation. The statue stands where Oliver and other members of the Company F, 7th Ohio Volunteer Infantry as well as soldiers from the Civil War trained.

Overall, “The Spirit of the American Doughboy” has fared well in Gallipolis. Annual celebrations on Memorial Day honor Gallia County’s veterans, with a wreath being laid near the Doughboy statue and other markers in the park. After years of facing the elements and occasional vandalism, the Doughboy was restored in 2012. His missing rifle was replaced with a new one made of bronze, and a dry ice sandblasting process restored his finish from green to copper.