The American Swedish Institute is a museum and cultural center in the Phillips West neighborhood of Minneapolis, Minnesota. It was first established by Swedish immigrant and publishing magnate Swan Turnblad in 1929 as the American Institute for Swedish Art, Literature and Science. Turnblad donated his castle-like mansion and lifetime collection of artifacts with intent to foster and preserve Swedish culture in America. The Institute is committed to enhancing the community through the support of local organizations with an impact fund, partnerships with public schools, and the offering of an array of cultural experiences and educational opportunities. Furthermore, every year on the third Saturday of June the Institute hosts the Midsommar Festival, a popular Swedish tradition dating back as early as the 1500s.

The American Swedish Institute added the Nelson Cultural Center in 2012

The American Swedish Institute in Minneapolis, MN is located in the historic mansion of publishing magnate Swan Turnblad.

Swan Turnblad (pictured here c.1915) created the Institute in order to donate his castle-like mansion for the preservation of Swedish culture in Minnesota. Photo courtesy of the American Swedish Institute and Minnesota Historical Society. 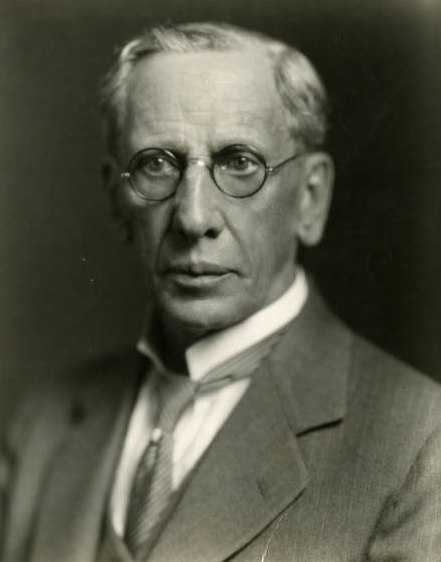 A view of the Turnblad mansion from the street c.1910. Photo courtesy of the American Swedish Institute and Minnesota Historical Society. 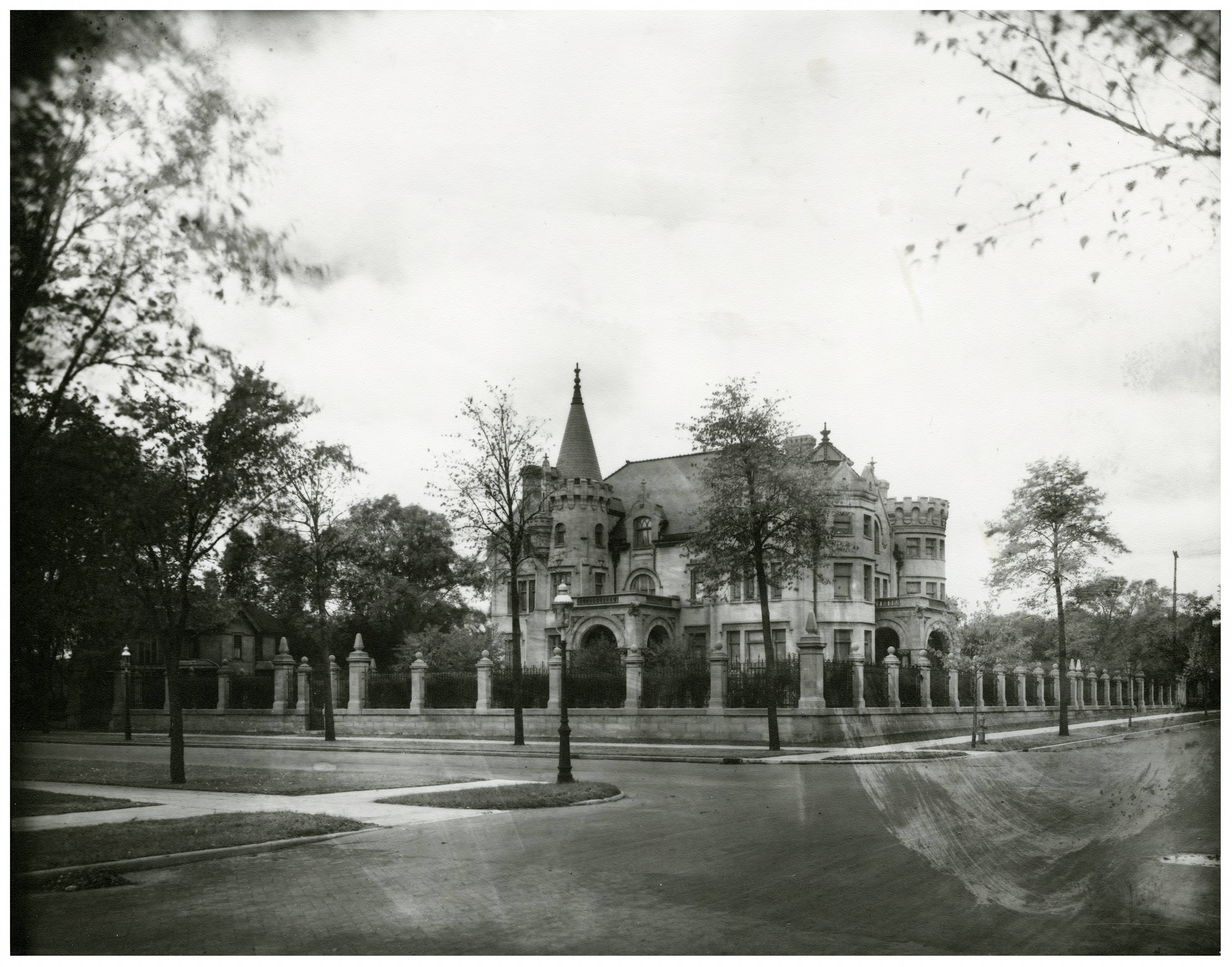 Notice the ornate detail of the limestone as laborers rest on the porch of the Turnblad mansion c.1908. Photo courtesy of the American Swedish Institute and Minnesota Historical Society. 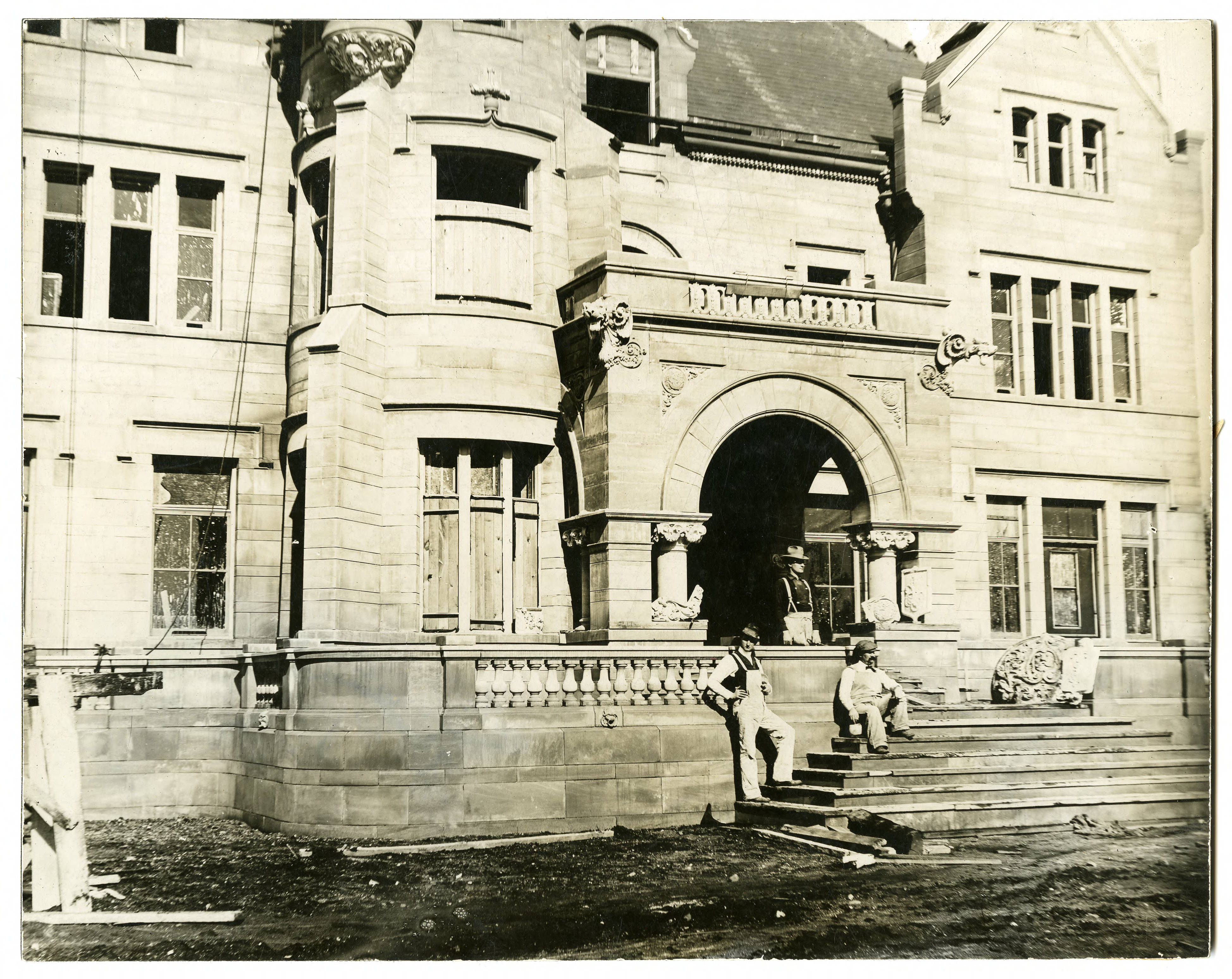 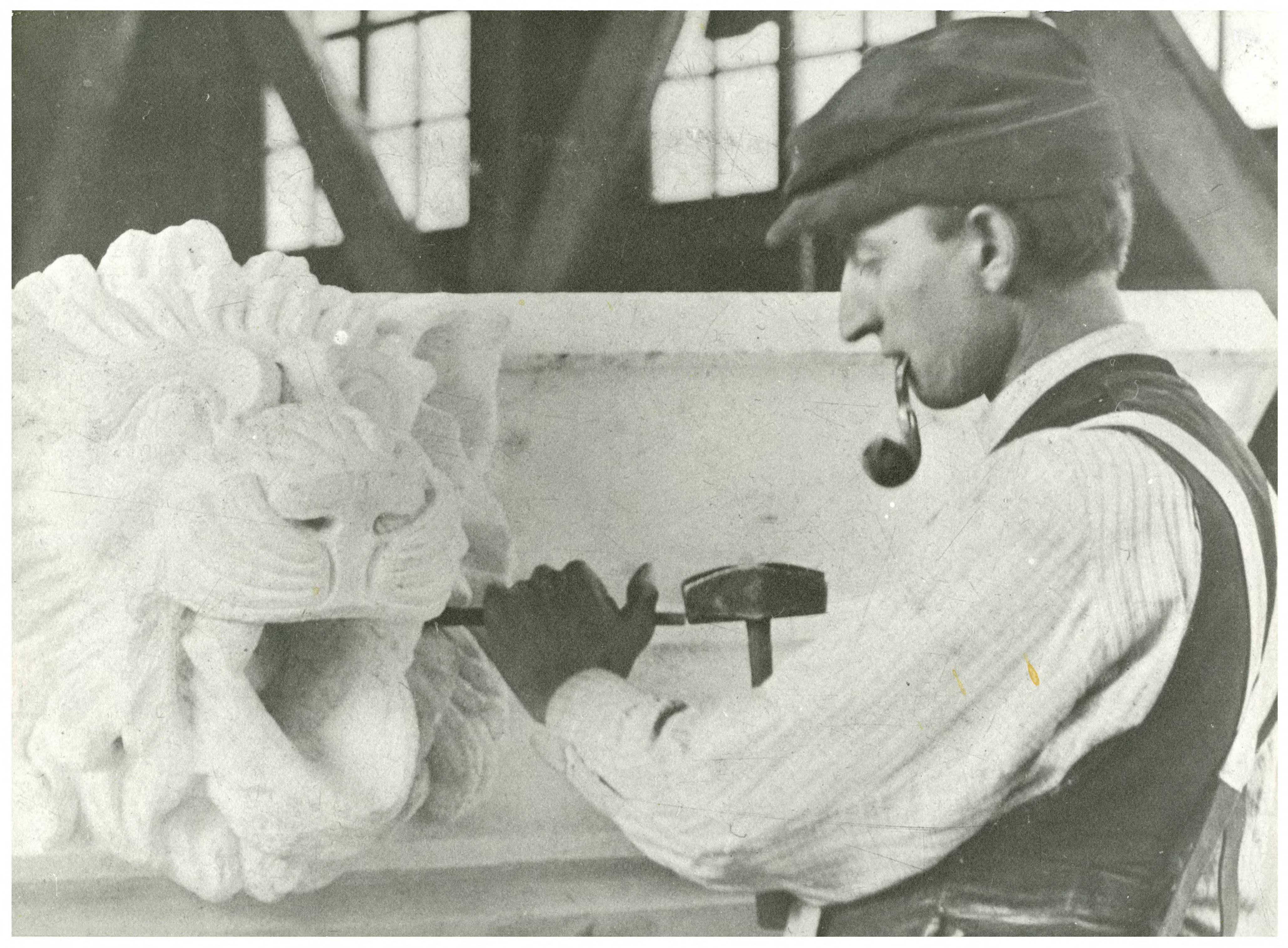 A view of the Turnblad mansion looking at the kitchen entrance from the carriage house c.1910. Photo courtesy of the American Swedish Institute and Minnesota Historical Society. 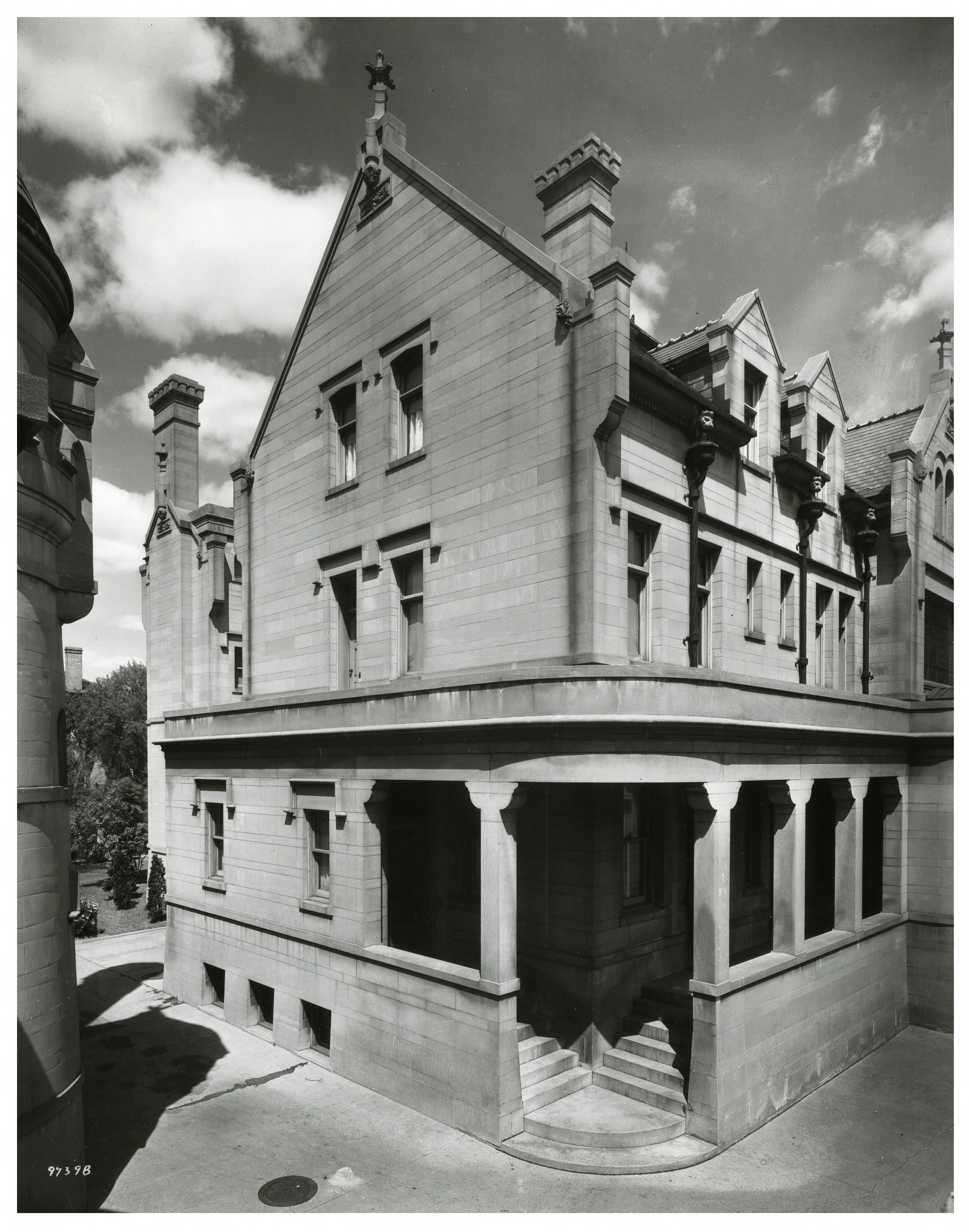 The dining room of the Turnblad mansion was large enough to seat 24 guests at the table. Photo courtesy of the American Swedish Institute and Minnesota Historical Society. 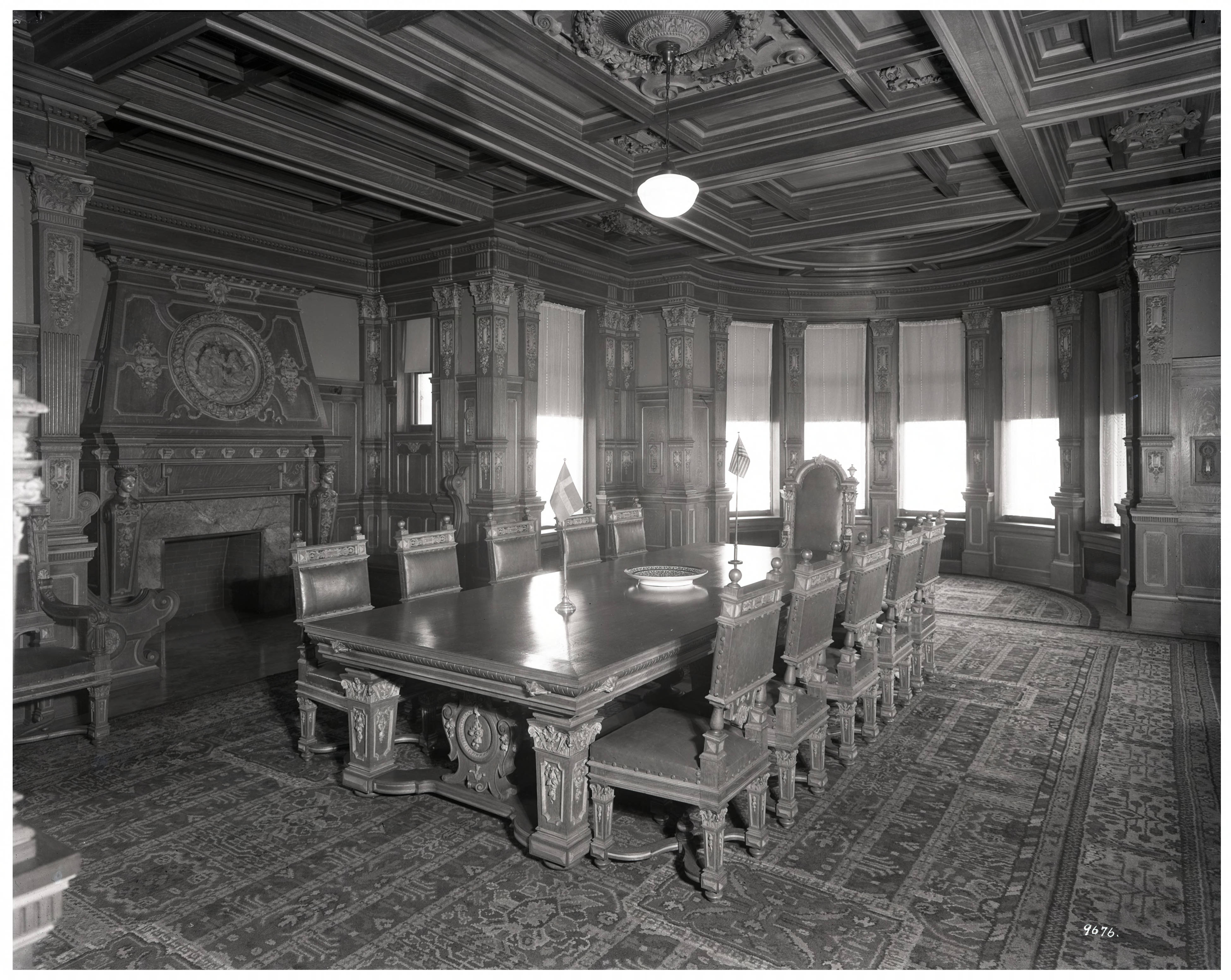 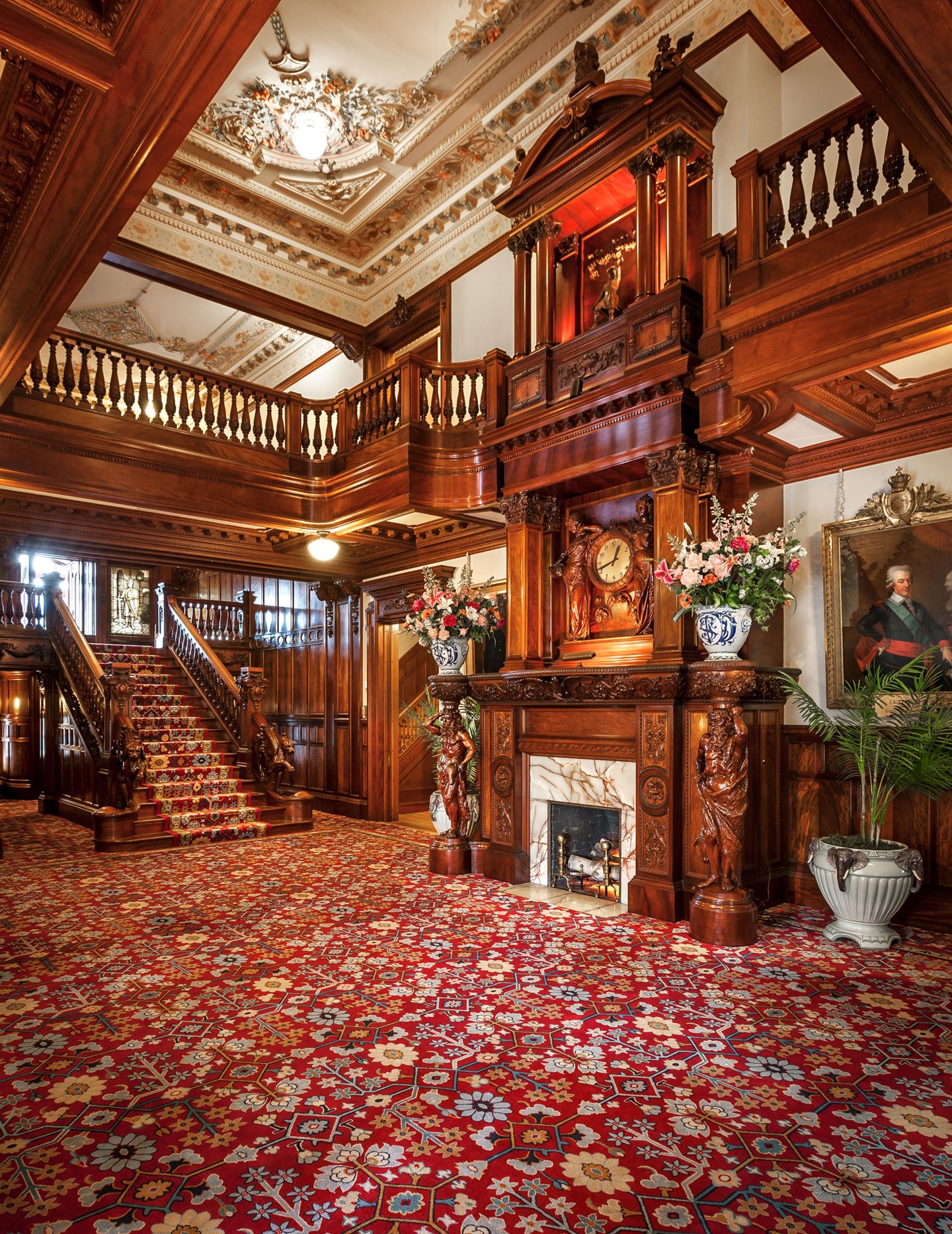 The Visby Window is a 9-foot by 14-foot stained glass window that replicates a painting of the 1361 battle of Visby, Sweden.

On December 9, 1929, Swan J. Turnblad founded the American Institute of Arts, Literature and Sciences. Turnblad (1860-1933) emigrated from Sweden to the United States with his family around 1868, eventually landing in Vasa, Minnesota. Turnblad moved to Minneapolis in 1879 to work as a typesetter and became the publisher and primary stockholder of the Swedish American newspaper Svenska Amerikanska Posten in 1889. After making several innovative advances in publishing, he sold the paper to his wife in 1897 and gradually bought up stock from shareholders before buying the paper back in 1901. Svenska Amerikanska Posten became the largest Swedish language newspaper in the country.

After purchasing a Waverly electric car and becoming the first Minneapolis resident to own a commercially produced automobile, Turnblad began planning the construction of his family’s home. In 1903, he bought six plots of land on Park Avenue and started building an extravagant mansion; it was not complete until 1908. The 33 room home was designed by architects Boehme and Cordella in a French Chateauesque style and allegedly cost $1.5 million (more than $47 million in 2022). It is made of limestone and contains arbitrary asymmetry, turrets, and decorative, hand carved accents, as well as a two-story carriage house connected by a tunnel.

The castle-like mansion was built with many lavish features including a solarium, library, ballroom, and a highly ornate formal dining room. The two-story grand hall is paneled in African mahogany and was said to be ‘the finest in North America’ by the Mahogany Association of America. The top of the grand staircase features the Visby Window, an incredible, 9-foot by 14-foot stained glass window that replicates an 1882 painting by Carl Gustaf Hellqvist depicting the 1361 battle in Visby, Sweden. Turnblad also collected tile fireplaces known as “kakelugnar" and placed them throughout his home. He had the largest collection outside of Sweden and except for the German fireplace in the library, all of them were made uniquely different by the Rorstrand Company of Sweden. The fireplace in the breakfast room won first prize at the Paris Exposition in 1902. The Turnblad Mansion was accepted into the National Register of Historic Places in 1971. The structure remains largely original and intact with only minor alterations to the interior windows and wall coverings, and the conversion of the basement’s gymnasium, smoking room and billiards room to an auditorium.

After years of expressing interest in donating his home to a Swedish cultural institution, Turnblad established the American Institute of Arts, Literature and Sciences in 1929. Subsequently, he donated the Park Avenue mansion, along with Svenska Amerikanska Posten, his book collection, and his lifetime collection of artifacts “to foster and preserve Swedish culture in America.” He was the president of the Institute until his death in 1933.

The American Swedish Institute is located in the Phillips West neighborhood. While the area is culturally diverse, it is one of the most economically challenged areas in Minnesota. Committed to enhancing the community, ASI offers a donor-supported community impact fund to strengthen service-oriented organizations, primarily benefiting the Phillips West community. They also partner with Minneapolis public schools for after-school programs and initiatives like Story Swap and The Pippi Project. The Nelson Cultural Center opened in 2012 and offers retail, gallery, performance, and event spaces, along with a café. In addition, ASI is host to cultural experiences, Nordic hand-crafting events, language classes, unique exhibitions, and annual festivals, such as Midsummer (Midsommar) and the Midwinter Folk Festival.

From 1750-1850, the population of Sweden more than doubled from 1.78 million to 3.58 million, largely due to improved health conditions, minimal military conflict, and increased food supply. However, the agricultural reforms that increased food supply also decreased opportunity for land ownership and limited employment opportunities. Into the 1840s, economic incentives, dissatisfaction with the political environment, and intolerance of minority religious groups motivated people to emigrate. Roughly 1.25 million people immigrated to the United States from Sweden from 1845 to 1930 in search of economic opportunity. Nearly 300,000 of those settled in Minnesota, more than any other state.

First arriving in Illinois in the mid 1840s, the Swedish immigrants gradually moved north. The Native American tribe Dakota owned territory in Minnesota, making it illegal to permanently settle there until 1851 when they ceded most of their land and agreed to move to a reservation. By that time however, settlement was being encouraged following the Pre-emption Act of 1841 which gave migrants the first option to claim government land before going to public sale. This spurred the first of many waves of Swedish immigration into Minnesota, but due to an economic downturn, the first wave ended in 1857. During that time, the first Swedish immigrants arrived in the Twin Cities. They occupied makeshift housing that had been abandoned by previous temporary residents in a ravine along Phalen Creek - they called it "Svenska Dalen" or Swede Hollow.

The US Homestead Act of 1862 allowed the government to grant heads of families public land for a small fee and a commitment to continue residence for 5 years, with the requirement to improve the land in that time. In combination with ease of travel by railroad, a second wave of migrants appeared in 1863. Another economic decline in 1873 halted the second wave, however, within a few years numbers were surging again due to falling grain prices in Sweden and the quick rebound of the US economy.

By 1893, yet another economic depression struck and most of the affordable farmland had been claimed, but other industries in St. Paul and Minneapolis were expanding and needed laborers. Men took jobs in mining, lumber mills and with the railroad, and women worked in domestic services and textile industries. Final waves shifted from family migration to single individuals in the turn of the century and through the Great Depression. After WWI, Sweden’s economy had begun improving and less incentives were available in the US, which greatly reduced immigration. By the 1930s, more Swede’s were returning to their native country than immigrating to Minnesota.