Located near Charleston rd just east of Hometown, West Virginia is one of four different histortical markers. This marker signifies the march of Andrew and Charles Lewis from Lewisburg to Point Pleasant with their army in Lord Dunmore's war. The march occurred on a nearby highway that was critical to reaching the nearby territory. Just north of this location occurred the Battle of Point Pleasant, a significant battle in October of 1774. 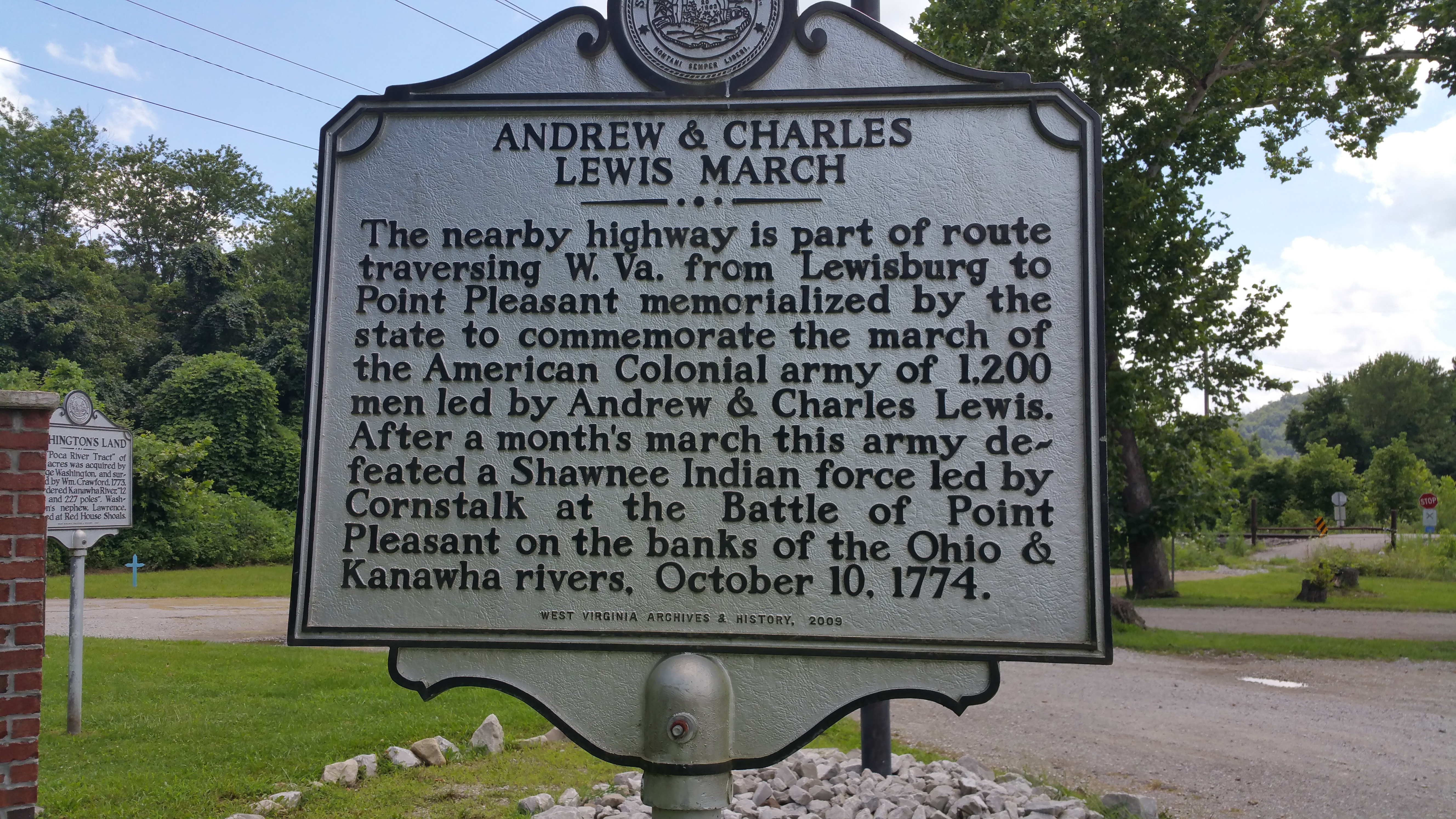 Part of the West Virginia Department of Culture and History, this marker commemorates the march of Andrew and Charles Lewis during Lord Dunmore's war. Andrew Lewis was a prominent soldier during the Indian Wars of the colonial era, as well as a famous officer and general in the American Revolution, and served with a remarkable work ethic during the French and Indian War.
His most notable feat is the defeat of the Shawnee at the Battle of Point Pleasant in 1774, despite surviving captivity by the British in Canada, being promoted Brigadier General of the Continental Army in March of 1776, as well as countless diplomatic relations with the Native Americans, serving the State of Virginia politically, and being esteemed highly by George Washington repeatedly. Washington is quoted as saying "I always look'd upon him as a man of spirit and a good officer."
There are several more historical markers and monuments in nearby Point Pleasant regarding his efforts in various wars and a rather large stature of him at Tu-Endie_wei Park.