Constructed circa 1805, Henry Cooper’s Cabin was likely the first two-story cabin built in Wood County by pioneer Henry Cooper, who sojourned from Eastern Virginia in 1800. In the early twentieth century, the cabin was purchased by the city of Parkersburg and relocated from its original location in Slate, which is only nine miles away from its current location. The cabin was gifted to the Centennial Chapter of the Daughters of the American Pioneers. The building is now a museum that displays artifacts from the United States' Pioneer Era. It was placed on the National Register of Historic Places in 1984. The Centennial Chapter of the Daughters of American Pioneers continues to own and oversees the cabin and museum. The structure is significant both historically, and as a target of preservation long before preservation initiatives were common.

The Henry Cooper Cabin ten years after being installed in City Park. 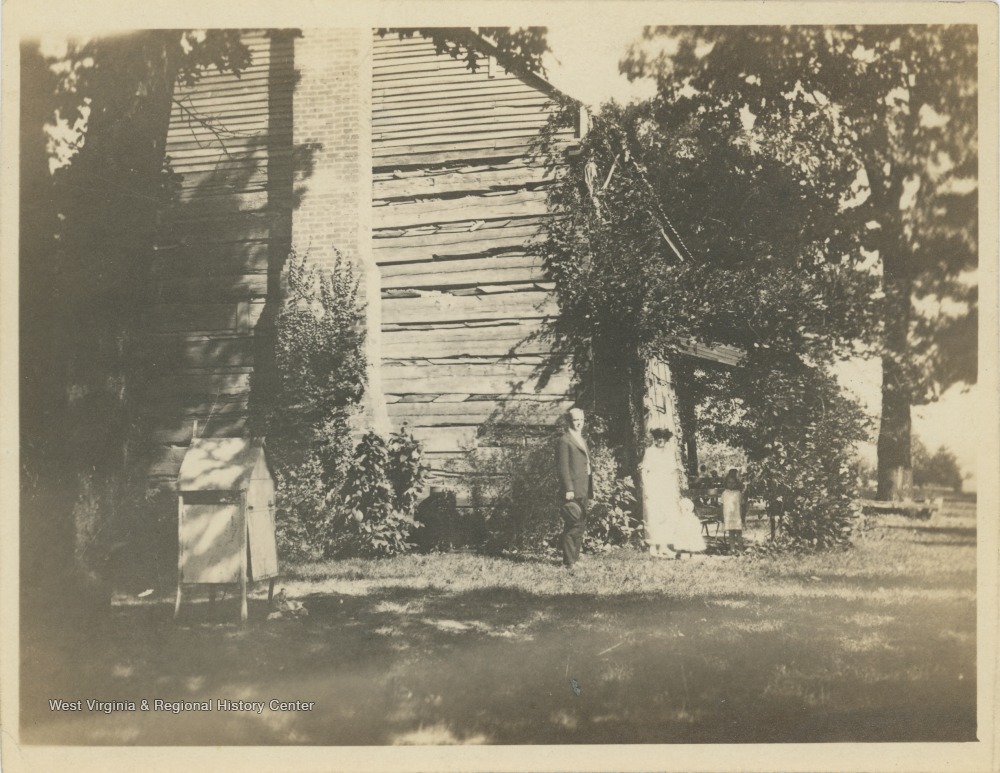 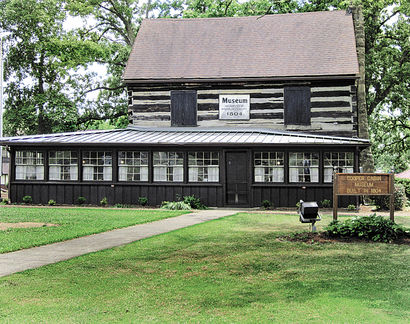 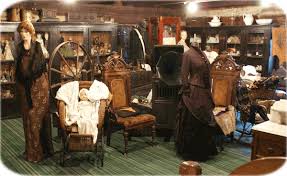 Little is known about Henry Cooper, other than that he traveled from Virginia to this area in the early 1800s. He settled in Elizabeth Pike, also known as the Slate District. This location is roughly nine miles from Parkersburg to the southeast. Cooper took out a government loan on several hundreds acres of land, likely purchased as they encompassed extensive stands of pine, gum, black oak, white oak, walnut, and poplar trees. Shortly after arriving in modern day Wood County, Cooper began construction on his cabin, which was completed circa 1805.

The two-story structure is emblematic of early American log cabins. The house was likely the first two-story cabin in Wood County. It was constructed with two stories to achieve the best lighting and conserve heat during the winter, as well as logs during construction. Each floor of the home is a single room. The first floor is the primary living space, while the second floor was used as a bedroom. A wooden staircase links the two floors. There is also a small attic section. Two porches were part of the cabin, one of which included a kitchen. Having the kitchen outside of the home was typical for the early nineteenth century, due to the inherent risk of fire in a wood structure. An enormous central stone fireplace heated the home and provided a light source. The exterior design is consistent with the standard American log house design of this period. The cabin has a gabled roof which was originally shingled with wood. The oak logs that compose the body of the cabin are hand-hewn with clay and straw chinking in between them. Dowels running vertically through the log stacks help provide stability. Eight windows, two on each long side per floor, would have been devoid of glass or other manufactured screening, though there were likely shutters or another way to block the openings off from the elements.

In 1910, the Parkersburg City Council purchased Henry Cooper’s cabin from two of Cooper's descendants, F.L. Barnett and Barnett’s brother-in law, M.L, Lemasters. The city paid $400 for the structure with the intention of preserving and restoring it. The house was then dismantled piece by piece and brought to its current location in City Park to celebrate Parkersburg's Centennial year. The cabin has the same layout as it originally did, with two exceptions. The two back porches are laid out differently than Cooper intended and the large central chimney now sits flush with the exterior wall of the building. Other than these alterations, the cabin is materially and historically identical to Henry Cooper’s original home. After reconstruction finished in September 1910, the City Council bestowed the structure upon Parkersburg's Centennial Chapter of the Daughters of American Pioneers (DAP). In 1984, the cabin was added to the National Register of Historic Places.

The DAP transformed the Henry Cooper Cabin into a museum of various artifacts including clothes, photographs, and furniture. These artifacts are primarily sourced from between the 1700s to the early 1900s. The museum boasts that it possesses one of the largest button collections in the country, in addition to tree bark from a tree planted by none other than Johnny Appleseed. Since 1910, DAP has also offered tours of the Henry Cooper Cabin. The museum is the oldest museum in the Mid Ohio Valley. The Henry Cooper Cabin is significant not only as one of Wood County’s first major buildings, but also because it was the target of a preservation exercise well before the preservation movement was the norm.