Here is the final resting place of James Jeffers and his wife Elizabeth. Jeffers was most notably involved in the Indian Wars following the American Revolution. His wife was the daughter of the prominant James Whitaker who was known during the Revolutionary War. Jeffers himself has descendants in the area that erected this marker in 1984. 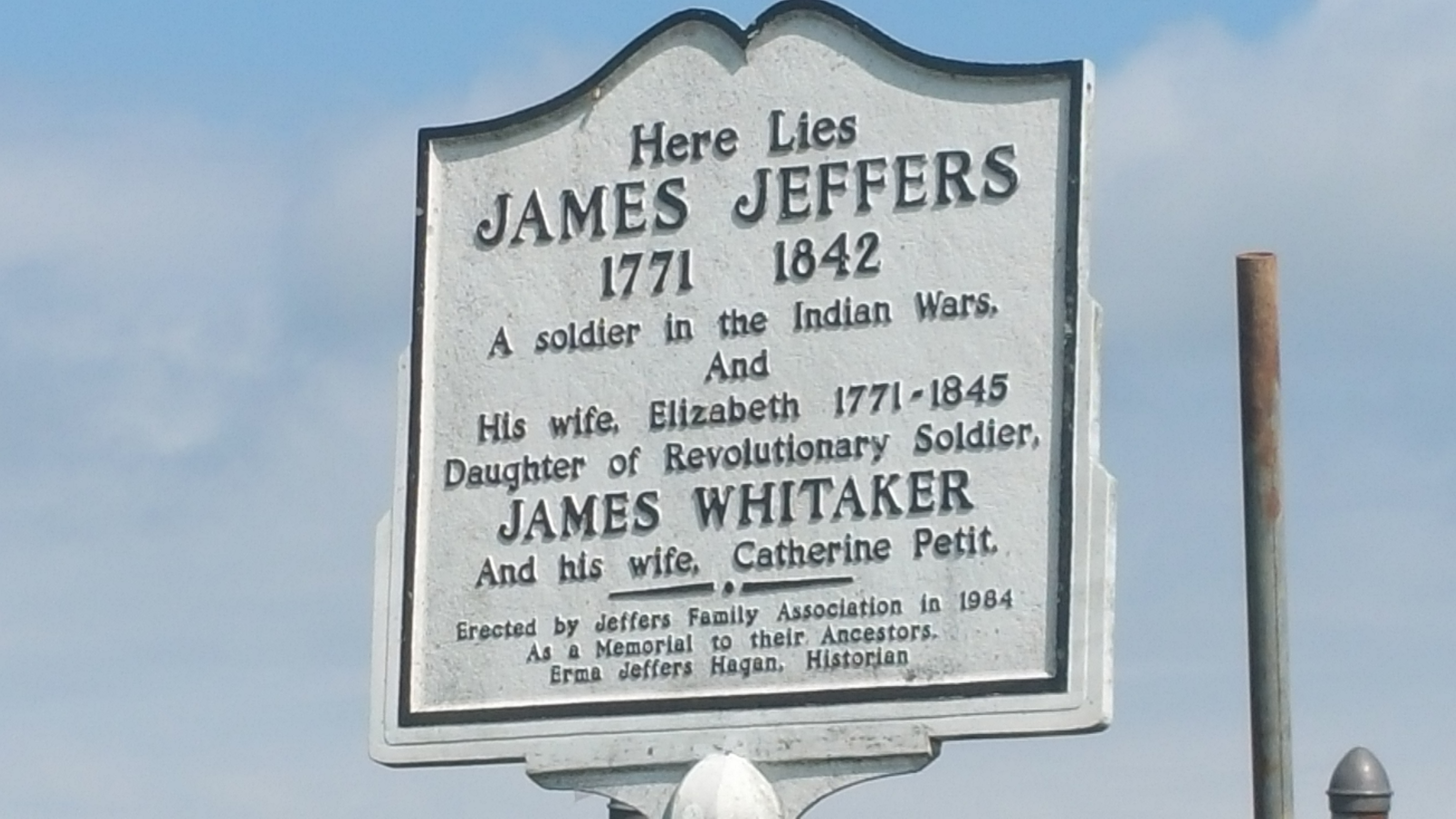 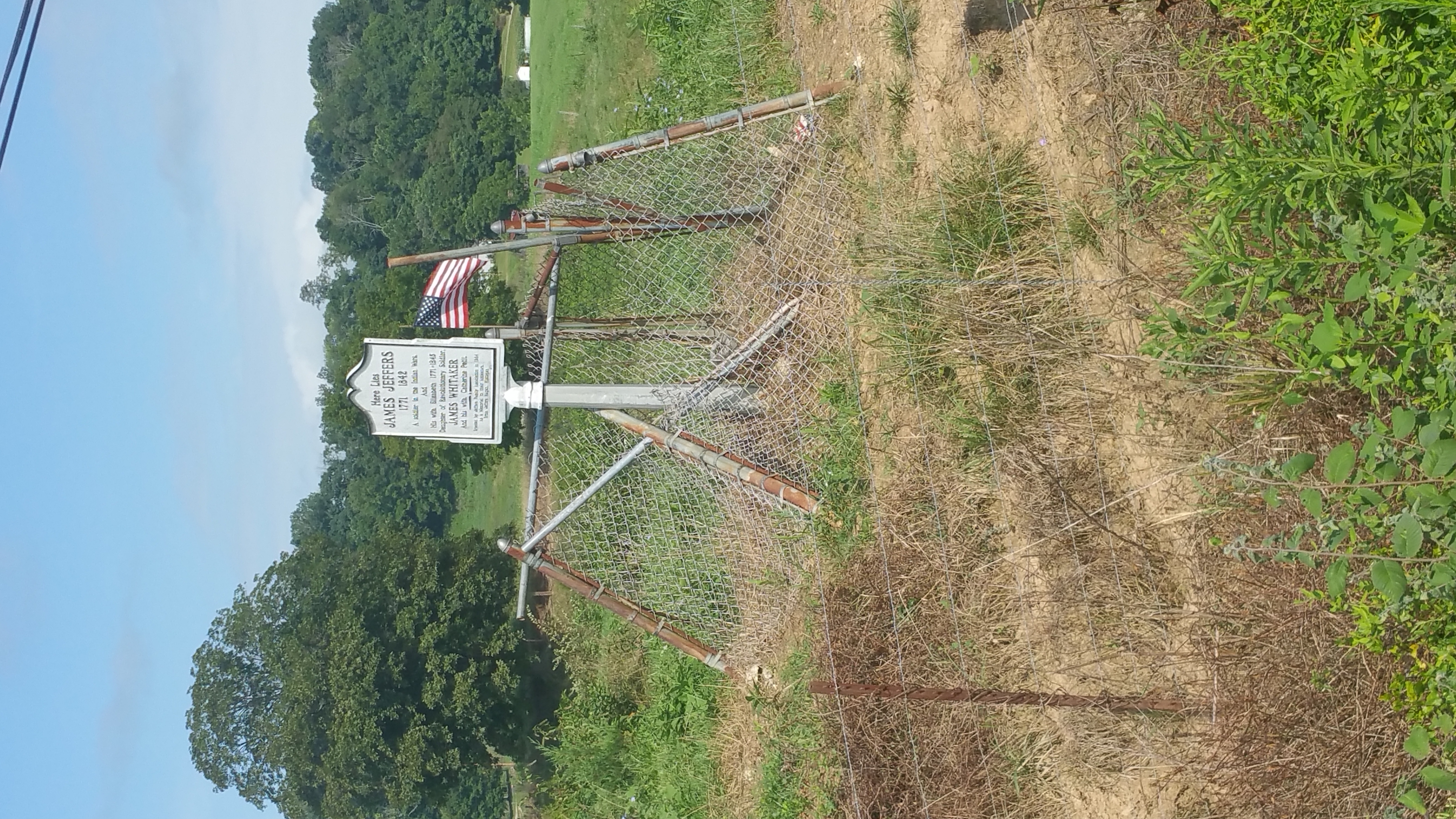 James Jeffers fought as a soldier for the United States during the Indian Wars, more specifically the Northwest Indian war. This conflict was one that preceded the war of 1812, as settlers continued to pour westward over the Appalachian mountains into what is now Ohio, Indiana and parts of Michigan.

This conflict was significant for several reasons, most prominently is the success at the Battle of Fallen Timbers (1794) and the following Treaty of Greenville (1795). General "Mad" Anthony Wayne is the most famous individual from this war, sent in by President Washington after the disastrous St. Clair's Defeat in 1791.

This particular marker, signifying the grave of Jeffers and his wife, is located just off of State rte 7 several miles south of Gallipolis, Ohio. The marker is in a cow field surrounded by fencing, and is not easily accessible. There is no parking in the immediate vicinity but can be seen by car from the roadway.