The West Milford Gristmill and Dam

For well over a century, a gristmill and dam stood at this location. First built in the mid-1800s, the mill and dam were built, repaired, and rebuilt several times prior to its final demolition in 2016. Scotland Highland designed this dam and mill along with several other in the area. The mill was active until the 1910s while the dam was in place until the county water board decided to remove it and several others in 2016. Many residents of West Milford are interested in purchasing land around the former mill and dam in hopes of creating a park that would include markers and other features that preserve the history of the former mill and the importance of mills in the community's early history. 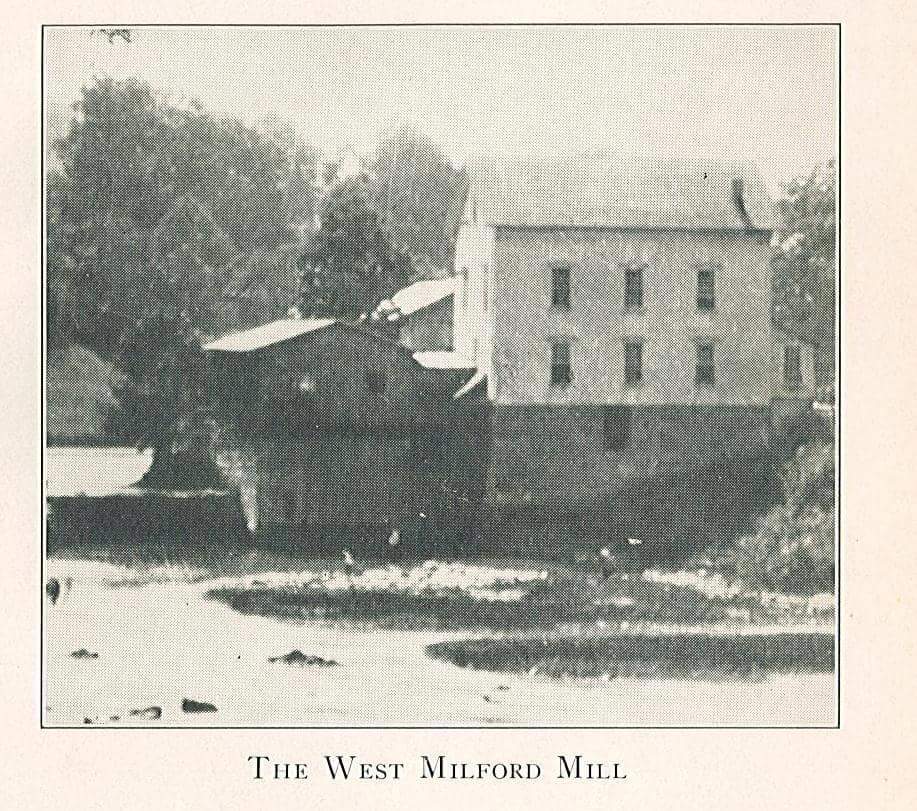 This photo shows the old grist mill dam being modified to its current state sometime around 1920 Notice in the fire damage on the upper left-hand side of the mill. Ca.1922. Courtesy Milford Wheel 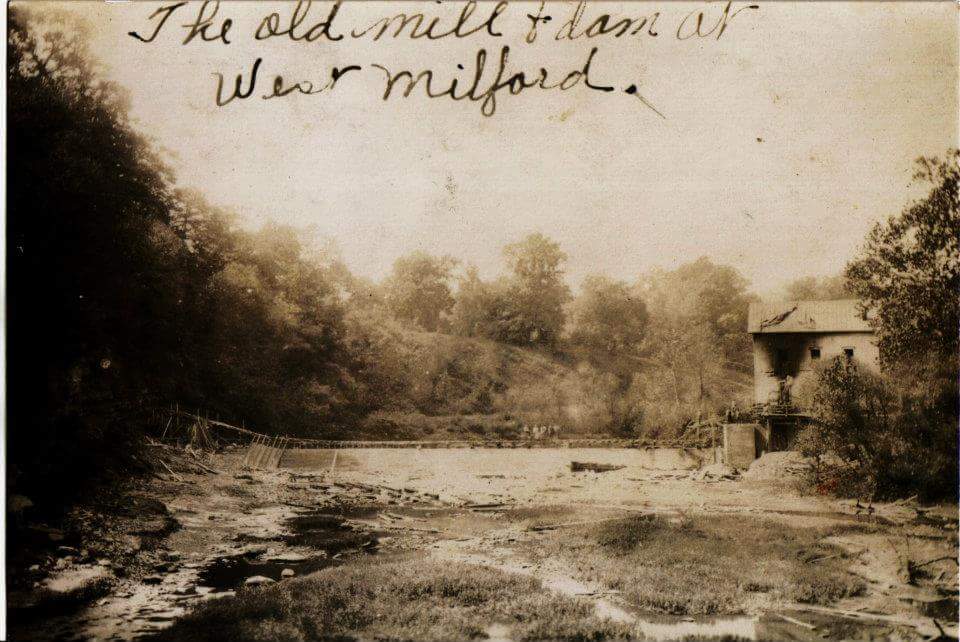 The dam prior to demolition March 23, 2016, Milford wheel 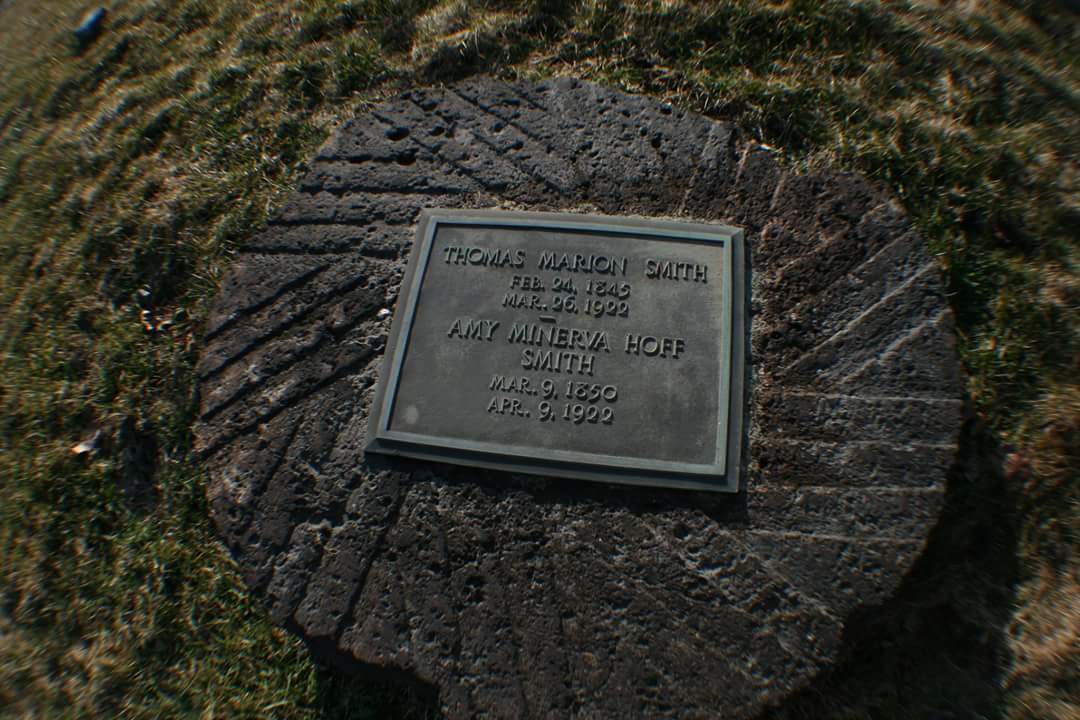 One of two remaining millstones saved by Scotland Highland, This stone is located at the city building in West Milford, W.V. Nov 19, 2012, Milford Wheel 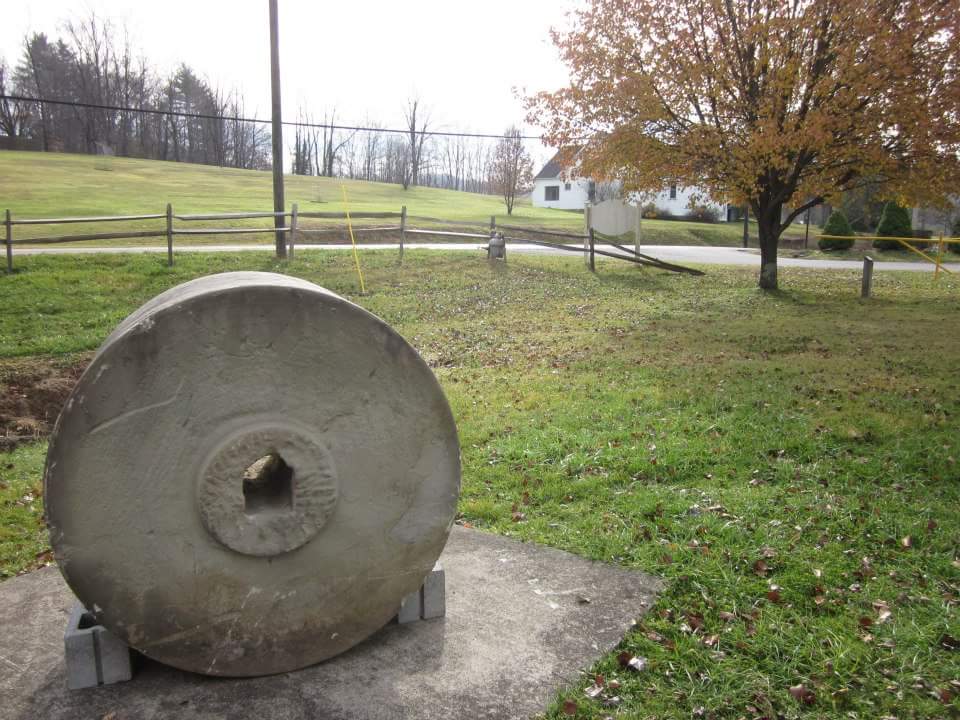 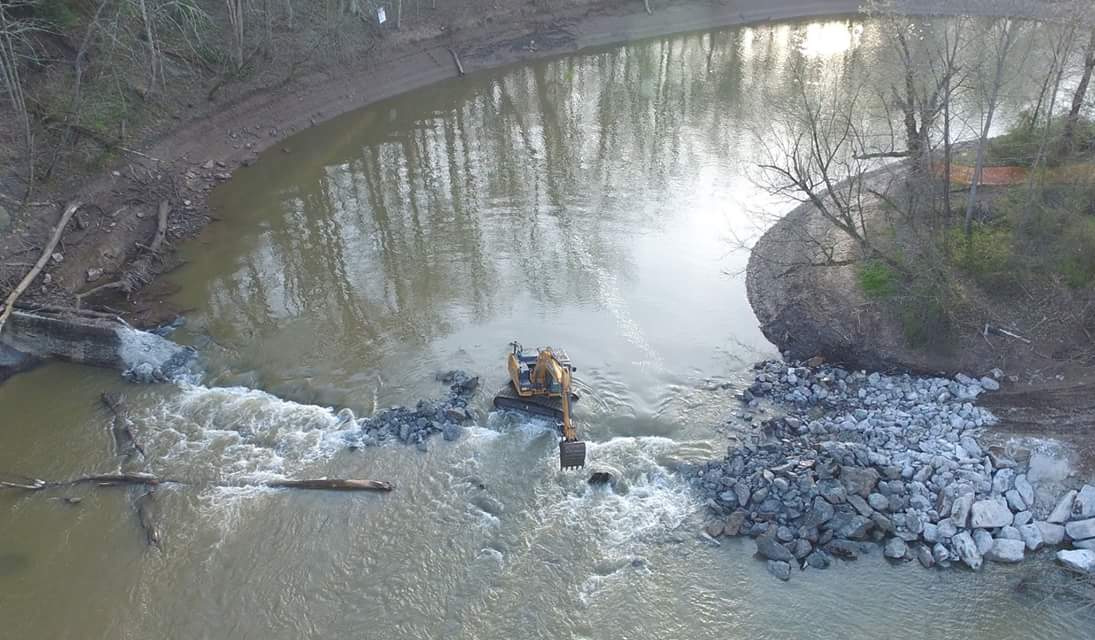 The mill built on the West Fork of the Monongahela River in the 1800s giving name to the town West Milford. It was originally owned and built by Samuel Clemans although it would be owned and rebuilt several times and known as Shinn dam (Gaston 2015). Once a steam mill it also connected to a carding machine and a cabinet shop with a house for the miller. In 1888 the mill and the wooden bridge were destroyed by a flood. The miller had to be rescued by boat as the first floor was five feet under water. In 1889 the mill, dam, and bridge were rebuilt, according to late historian, Harvey W. Harmer, it was “One of the Best mills in the country,” as it was increasingly improved. (Wheel n.d.). The mill operational until 1912 when it was closed May 1, 1912.

A young West Milford boy, Scotland Highland, developed the designs for the West Milford, Two Lick, and Highland dams. The new dam construction started sometime in early 1920.    Highland, later became superintendent of the Clarksburg water board, which bought the land that the old mill stood on for $2000. The water board tore down the old mill in 1922. At some point in the ten years that it was not operational there was a small fire that damaged the left upper window and roof (Wheel n.d.). Highland saved two of the wheel stones, which are now located at the water board in Clarksburg, WV and the city building in West Milford, WV (Wheel n.d.). One of the original milestones is located in West Milford; it sunk to the bottom of the river during the flood of 1888 but was recovered by mill the owner. The matching stone has yet to be found.

In March of 2015, the Clarksburg Water Board decided by a majority vote of two to one to tear down the dams in the area per a deal made with the U.S. Fish and Wildlife Service (Shelor 2015) The Town of West Milford and the other towns affected by the dam removal petitioned the board to leave the dams standing, but the board refused (Jacobs 2016; O'Brien 2016; Wheel n.d.).Since the removal of the dam, there has been damage to public and personal property so much, so dam removal was put on hold (Wheel n.d.). Due to the loss of water from the dams, several small roadways have collapsed towards the river such as the one mention in the article by Zack Tuggle.   The dropping water levels are also causing sewer lines exposure (Murray 2016). Flooding of major intersection such the West End in Clarksburg which has caused worry in the community.

The Town of West Milford is trying to obtain this land to preserve the history of the site with a memorial park for the town and a placard.