At this location on May 10, 1912, Glen L. Martin flew the seaplane he built in Santa Ana from the waters of the Pacific Ocean to Catalina Island. Not only was this the first flight to take off and land in separate bodies of water, this was the longest and fastest over-water flight to that date. On his return to Balboa, Martin carried the day's mail from Catalina--which was another first.

C. 1912, Glen L. Martin in a pusher bi-plane. Note the newspapers. Martin delivered papers in California as a promotional stunt. 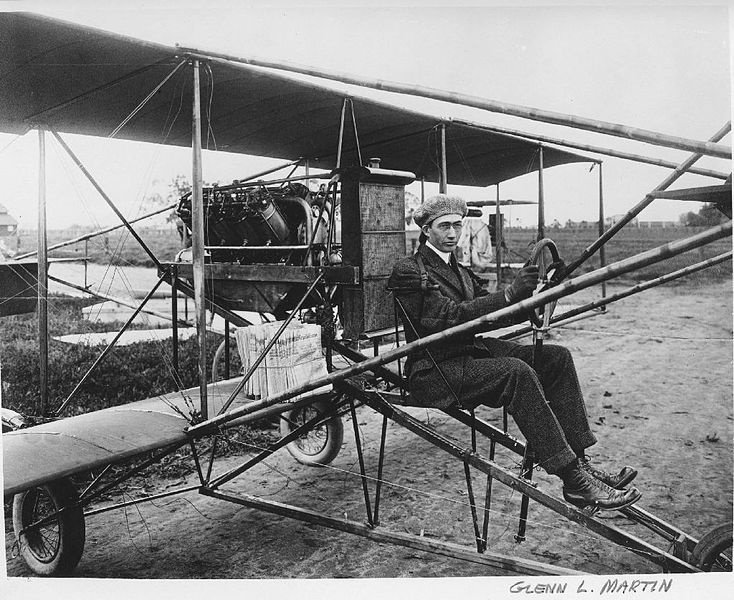 This historical marker is located next to Balboa Pier. 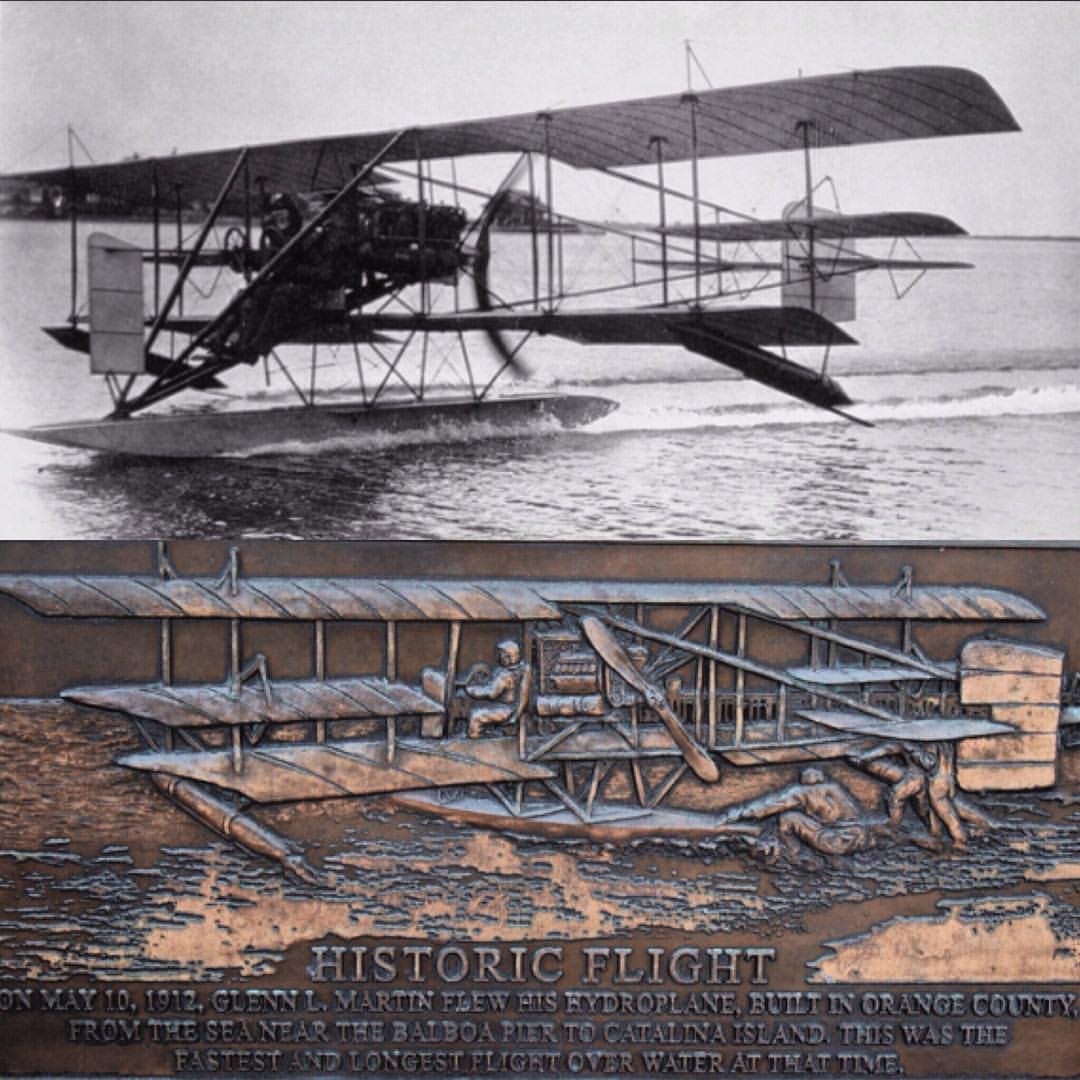 Glen Martin was an aviation pioneer whose company--after a number of mergers--would become Lockheed Martin. Martin was born in Iowa in 1886 and fascinated with flight from a young age. He built his first plane in 1909, and like many other aviation pioneers, this first working prototype was destroyed in its first flight. He modified his next plane, which flew a short distance before succumbing to gravity. Martin continued to make and develop new planes, learning from his failures and successes alike.

His 1912 flight from Newport to Catalina beat the existing record--which was a flight over the English Channel. The flight covered 68 miles and took 37 minutes. Martin received a $100 prize for his achievement upon his return.

Martin established a factory in Los Angeles so he could continue to build planes. To help finance this endeavor, he would often engage in stunt shows. When a casting call went out for a pilot in an upcoming movie, Martin saw an opportunity to gain some notoriety. The film--A Girl of Yesterday (1915)--starred Mary Pickford.

In 1916 Martin merged his company with the original Wright Company, forming the Wright-Martin Aircraft Company. He soon left and founded a second Glenn L. Martin Company in 1917. Martin's company helped with military production during both World Wars. Particularly, they were involved with the MB-1 and MB-2 bombers.

Aerospace History and Museums
Railroads and Transportation
Science and Technology