The Elisha Taylor House/Art House is a Gothic Revival home completed in 1872. It is located in the historic Brush Park neighborhood near downtown Detroit. The house has all original fireplaces, mirrors, woodwork, decorative plaster, stenciling, Minton floor tiles, parquet floors, etched glass, and period furnishings and artworks. Once a private residence, it now serves as a center for art and architectural study.

The Elisha Taylor home in 1884 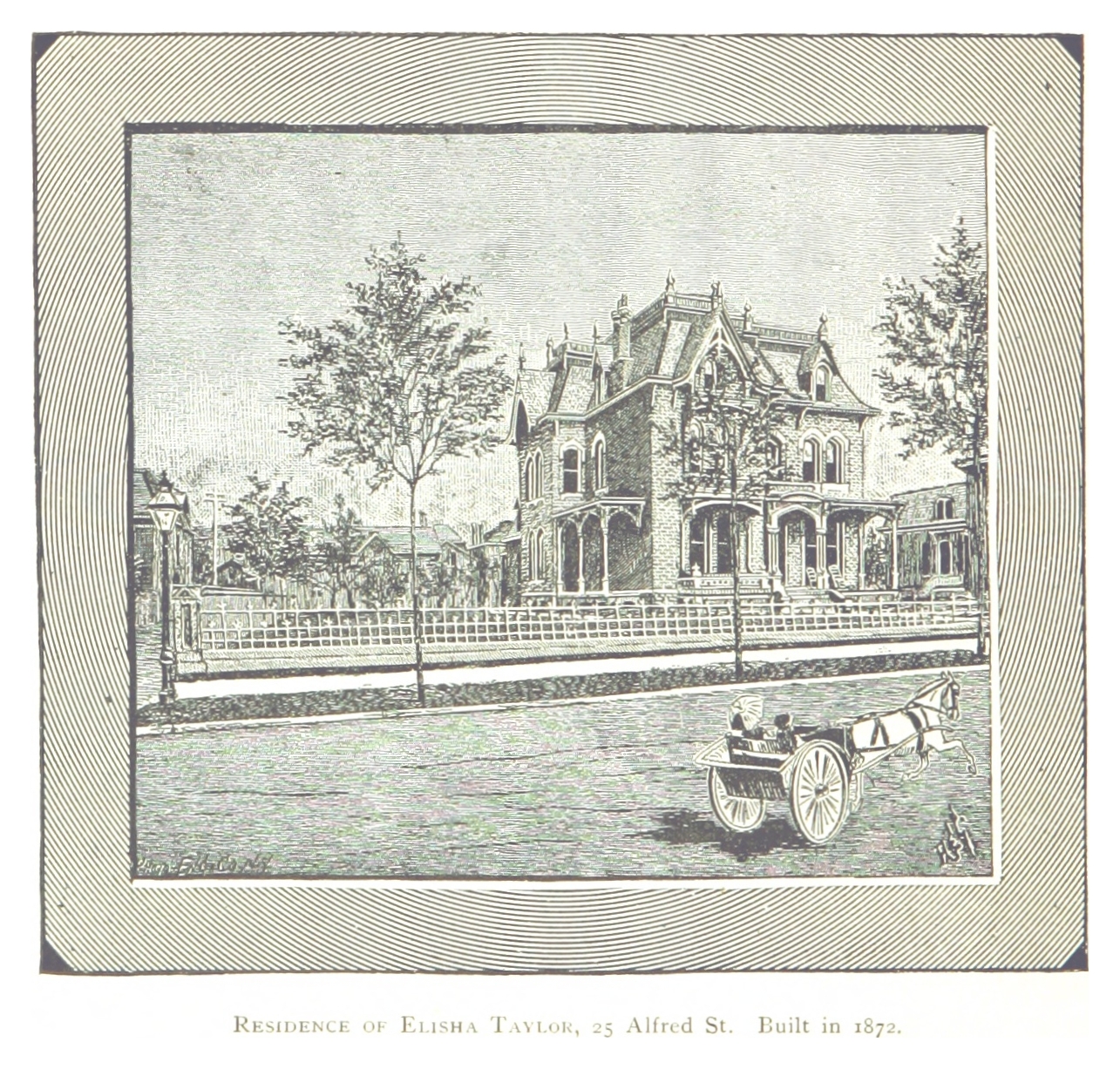 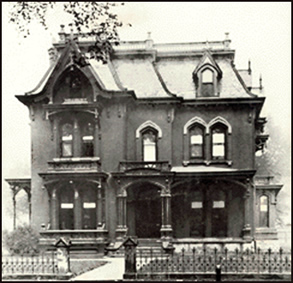 After the roof restoration 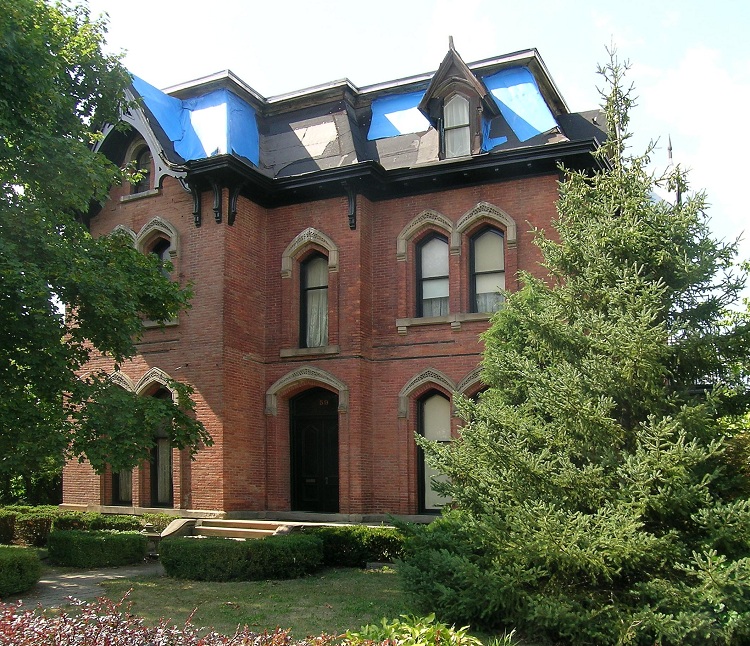 The Elisha Taylor/Art House is one of the best examples of a post-Civil War era home in the area. This residence is red brick two-and-one-half story Gothic Revival building. There is a Mansard roof with impressive gabled dormers protruding at both the front and along the sides. This home also illustrates the decorative use of verge boards; that is, the small projections from the flat component of the Mansard roof that overhang the dormers. It was designed and built for William H. Craig sometime between 1868 and 1875. Elisha Taylor, one of the most eminent lawyers at this time in Detroit, purchased the residence in 1875. He was a Detroit barrister who held many offices in his career, including Circuit Court Commissioner from 1846 to 1854. Prior to that appointment, he had served as an assistant to Peter Morey who was Michigan's Attorney General from 1837 to 1841. 1

The Brush Park neighborhood was one of the wealthiest neighborhoods in Detroit in the late Victorian age. Elisha lived in the home until his death in 1906 and his son De Witt H. Taylor lived there until 1927. By that time, Brush Park was already moving into a state of decline as wealthy patrons moved further outside of the downtown area. During the Great Depression, the home was converted into a boardinghouse. In his book, Detroit: A Biography, Scott Martelle creates a vivid picture of the area: “A lot of neighborhoods have risen and fallen in Detroit, but none has been more emblematic than Brush Park. It is the visual center of ‘ruins porn,’ as locals refer to the unending stream of photographs of empty, crumbling buildings. They are hard images to resist. The vast majority of Brush Park’s old Victorian and Italianate homes have been torn down or are collapsing under their own weight. […] Brush Park itself hasn’t collapsed so much as it has been eroded from neglect, the remaining buildings looking like mesas in a southwestern desert.”2

Michael Farrell, a professor of art history, bought the dilapidated home in 1981 for $65,000 with the help of friends. He made the ambitious decision to live in the home while restoring it and turning it into a center for art lectures and tours. He had to begin by replacing the roof and repairing water damage. Even though his home has been burglarized several times, he has also acted as a proponent of saving the neighborhood and the other historic homes within it. Today, Farrell is the owner, caretaker, and tour guide for the Art House, a center for art and architectural study. 3