Planned in 1722, The Spanish Governor's Palace hails from the Spanish Texas period. Constructed around 1749, it is considered to be the only remaining example of an 18th-century Spanish aristocratic residence in all of Texas. It was originally built as the residence of the commanding officer, Presidio San Antonio de Bexar (the fort which had accompanied the building of the San Antonio de Valero Mission, which was also later known as the Alamo). When San Antonio became the capital of the Province of Texas in 1772, the residence became the house of all 32 governors that ruled between 1772 and 1804. Today, it is now open to the public as a historical museum. 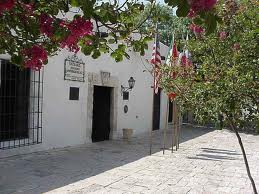 A courtyard inside the palace 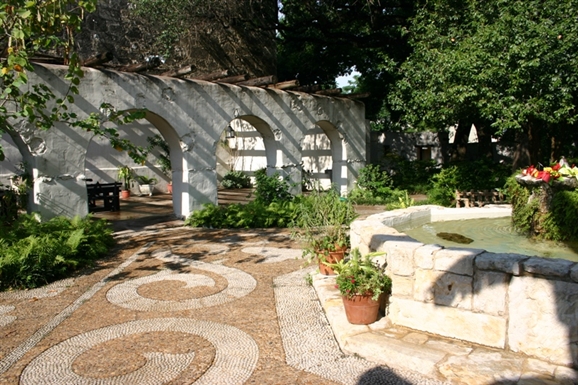 The building was built during the 18th century being planned in 1722 and completed around 1749. There is a front entrance with the coat-of-arms symbol created by Spanish King Ferdinand VI dated in 1749. The Spanish Governor's Palace is a single-story, U-shaped building. The palace was built with thick stone walls covered in lime plaster and the rear opens out onto a large courtyard and a patio. It was apart of the Spanish Texas period when Spain established a presence in the future Southwest United States.

It became the home of the presidio captain and later as the home of Spanish Governors that ruled over the area. Afterwards, it was renovated into a capitol building for the region in 1772. The building was purchased by E. Hermann Altgelt in the 1860s. He lived in the residence at various points with his wife and family. After he passed away, his wife held the residence into the early 1900s. Afterwards, the building fell into a state of disrepair and was used for various commercial purposes, but they did not serve it’s historical preservation. The building was only saved for preservation when it had deteriorated to the point of no longer being safe for residents.

By the 1920s, at various points, the different rooms had been the places of all sorts of industry. The front entrance had once been the "Hole-in-the-Wall Bar," which advertised nickel beer. The chapel had once been a clothing store. The ballroom had been a produce shop and the room beyond it had been a tailor shop. The building had also housed a school at one point.

The city purchased the building in 1928 and restored it in 1929. Most of the rock and brick walls had remained intact and required only re-plastering. Walls that did require replacing were carefully laid on the basis of the still-existing foundations to as closely mimic the original 18th century residence as possible. Much of the other features throughout the palace are originals, such as much of the tile flooring and the wooden lintels over the doorways. Other pieces which had to be recreated were done as closely as possible so as to match the original design, such as the hand-carved doors and the building's roof. The interior was furnished with Spanish colonial period pieces allowing visitors to seemingly step back in time. Today, it is a public history museum and was placed on the National Register of Historic Places in 1970.