Built in 1931, this chapel was the first Mormon chapel (also called a ward) established in El Paso. Mormons, who had settled in the northern Mexico beginning in the late 1840s, began to arrive in the city in the early years of the Mexican Revolution (1910-1920). It is estimated that 4,500-5,000 fled the armed conflict and made their way to El Paso. They lived in tent cities while they made plans to either remain in El Paso or move to other parts of the West. Those that stayed (about 10%) eventually built the chapel. In 1984 it became a Texas Historical Landmark. It was built in the Mission Revival style and features stained glass windows and a tower capped by a dome.

First Ward Chapel as it looked in 1984. Courtesy of the University of North Texas's (UNT) Texas History archives 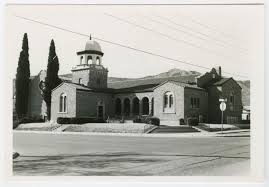 Chapel as it looks today. 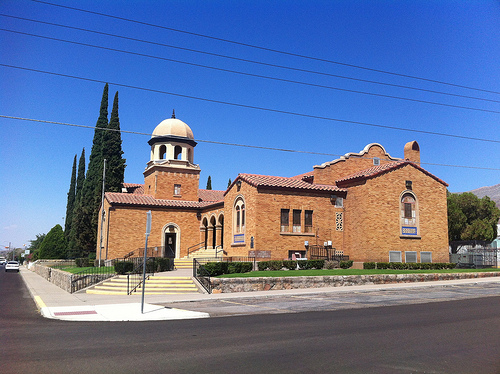 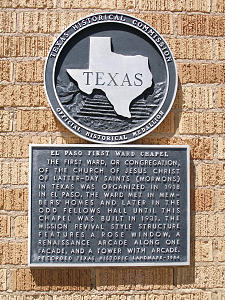 Robert Dinsmoor, Public Relations Official for The Church of Jesus Christ of Latter-day Saints in El Paso, sits in the chapel after renovations were completed. Courtesy of El Paso Times 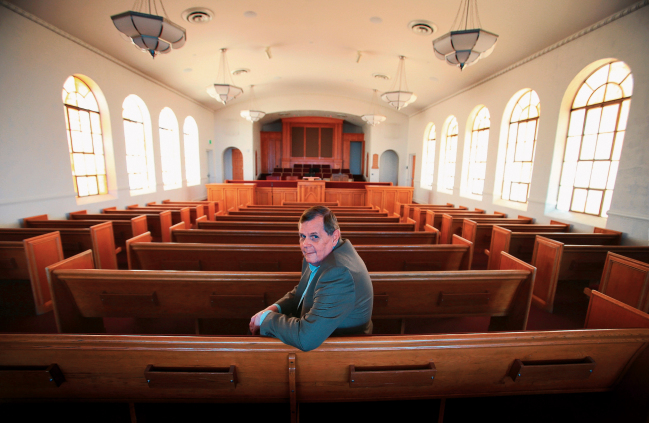 The chapel had humble beginnings. Mormons began to worship in homes in 1918. From this emerged an effort to build a chapel. It was such an important occasion that then LDS president, Heber J. Grant, attended the dedication in May, 1932.