Fort Ouiatenon is a replica of the original 18th-century fort that was built by the French in 1717 to protect the Ohio and Wabash Valley from the British. The reconstructed fort is now a museum preserving for future generations the history of the French settlers and native Wea people that once lived there. It also listed on the National Register of Historic Places. Reenactments are performed at the fort during special events where 18th-century French military practices are demonstrated for the public.

The French built Fort Ouiatenon to help protect the Ohio and Wabash Valleys from British incursion. The actual site of the fort is about a mile away. The British and Native Americans also occupied the fort. 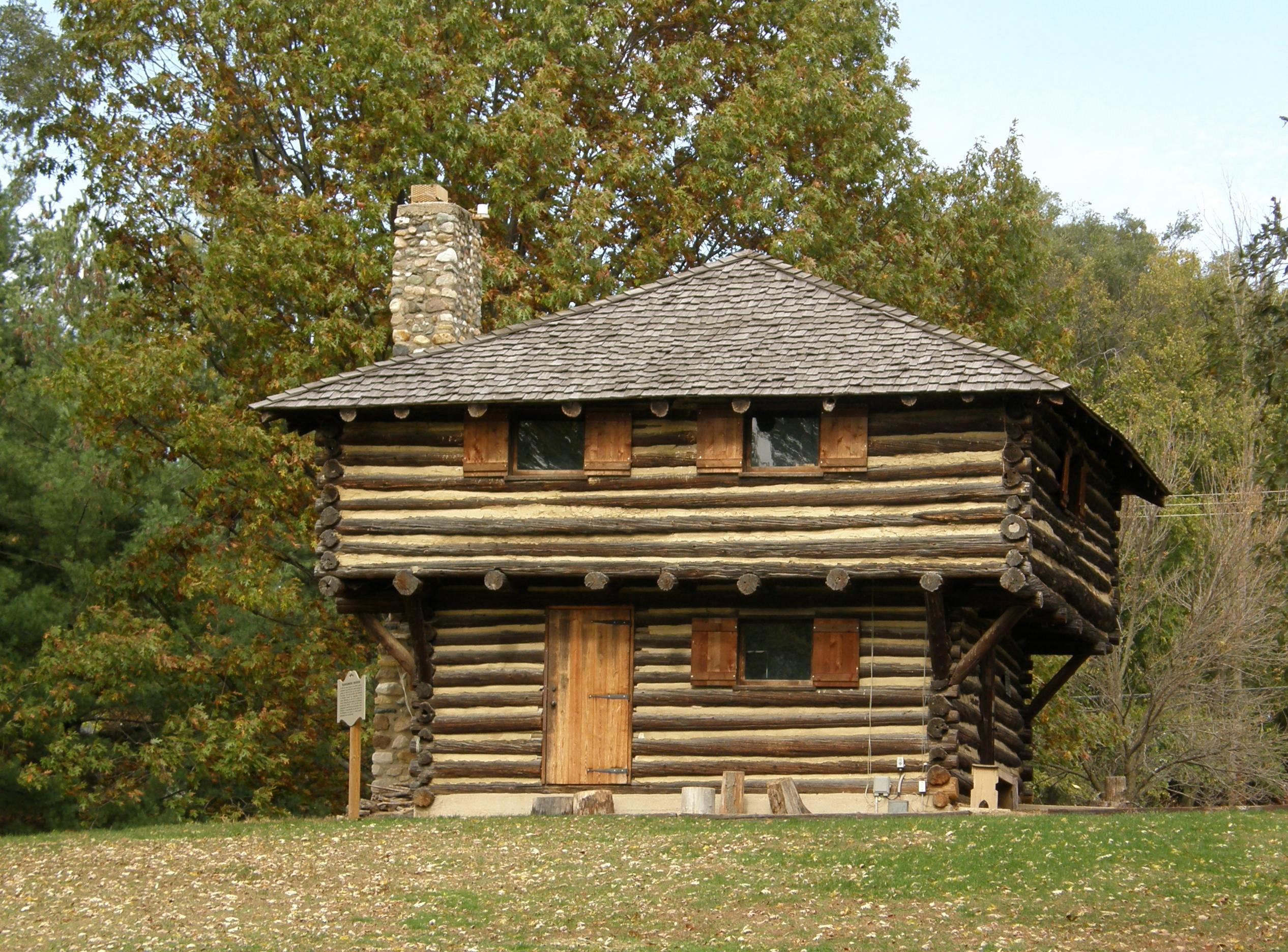 This historical marker provides information about the fort's history. 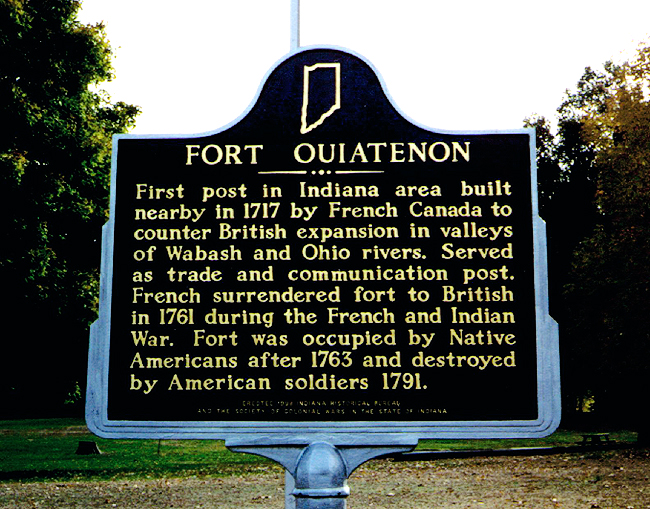 The fort is the first fortified European settlement in Indiana. It was originally built in 1717 to serve not only as a military installation but also as a trading post for buffalo and beaver hunters.  It was also a stopping point for French immigrants traveling to Quebec and for Catholic missionaries. The location of the fort was chosen not only because of its position on the Wabash River, but also because of the nearby Wea village, who were allies of the French. The two groups lived side by side in relative harmony for over forty years, with the relations between the French and the Wea often dealing peacefully enough to produce mixed-race families. These good relations were beneficial to both sides, since they often traded fur pelts and other items with each other.  When the French lost all of their lands in North America during the French and Indian War, the fort was taken over by British troops led by Lieutenant Edward Jenkins.  The good relations between the Wea and fort's inhabitants continued, but growing animosity between the British and other Native American tribes that lived around the Wabash grew.

In 1763, Chief Pontiac of the Great Lakes Ottawa led an effort, later known as Pontiac's Uprising, to drive the British away from the Great Lakes and the Wabash Valley.  He and his warriors eventually reached Fort Ouiatenton that July and easily captured the fort, as well as Lieutenant Jenkins and a few of his men.  They were later released during a prisoner exchange in Detroit.  Pontiac's Uprising ended in 1765 when Pontiac and Colonel George Croghan, deputy supervisor of Natives affairs for the British, met at Fort Ouiatenon and signed a peace treaty.  The end of Pontiac's Uprising marked the slow end of the fort.  It was not regarrisoned and by 1778 it was merely a small trading post with only twelve households. During the Revolutionary War, the fort served as a headquarters for both American and British troops, albeit at varying times.  Then, in 1786, after a series of raids on Kentucky settlers by Native American tribes living along the Wabash, the Wea were forced to leave their village.  In 1791 the fort was destroyed by order of George Washington, and, as time went on, all remnants of it began to disappear.

In 1930, a replica of the fort's blockhouse was built on the estimated grounds of the original fort due to the efforts of a local physician named Dr. Richard B. Wetherill. During the latter half of the 20th century, several archaeological excavations were done of the site and the location of the original location of the fort was discovered about a mile away from the replica. The blockhouse still stands today as a museum and educational center. The fort is visited by many many visitors annually, especially for school field trips.  There is also a large festival held at the fort in the fall called the Feast of the Hunter's Moon, where reenactors portray 18th-century French soldiers and Wea tribe members. The event is a tradition that dates back to the 1700s when the French and the Wea met at the fort every fall.