Established in 1997, this local history museum is located in firehouse that was built in 1916 and served as the home of Engine 123 and its crew. The museum is home to historic apparatus and equipment, a library of historic documents and photographs, and exhibits that chronicle the growth of the fire service throughout the city of Chicago. 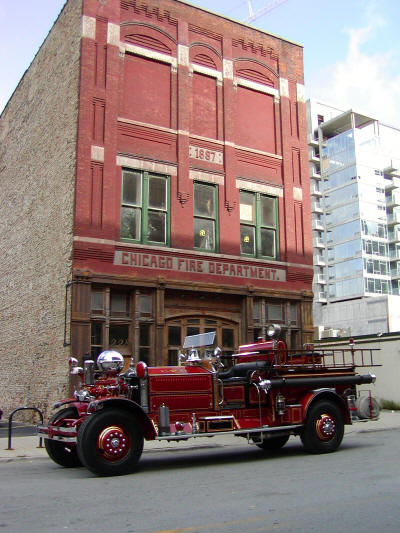 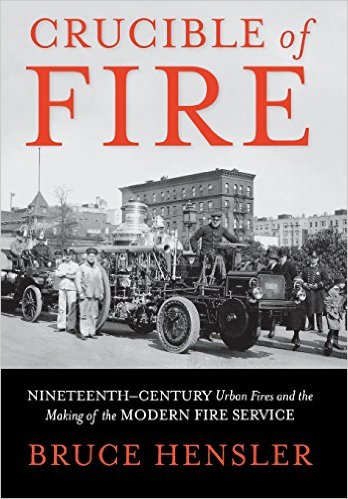 In 1997, fire-history enthusiasts and firefighting veterans established the museum in order to preserve Chicago's long firefighting history, as well "provide an educational forum for succeeding generations to understand how emergency situations were confronted throughout history so they may be better prepared and equipped to meet future emergencies head on."1  From the Great Fire to readiness attached to a city dominated by very tall skyscrapers, the fire servicemen and women of Chicago are part of a rich history.

The Great Chicago Fire of 1871 made it abundantly clear that Chicago could not exist without a dedicated, professional fire service. Moreover, the fire led to an infusion of young architects into Chicago that coincided with immigration and a subsequent population boom. Chicago's architecture grew to influence the world, and the city became one of the biggest in the world.2 However, none of that could have happened without fireman to protect the city and its residents.

Railroads, meat packing, and banking dominated the Chicago economic landscape during the late 19th and early 20th centuries, but there also existed a large increase in cultural centers such as theaters. All of which presented a fire danger. The city and its fire department  faced several fires including numerous Stockyard fires, the Iroquois Theater fire, and the Eastland ship disaster.3

The 1920s ushered in the era of automobiles. Chicago and suburban fire departments adapted rapidly. As the twentieth century progressed, so too did the fire department, including relying on "computerized communications, new firefighting technologies and the vast expansion of emergency medical services."3

The two-story museum works to share and preserve that history. The building is located in the former Engine 123 firehouse at 5218 S. Western Ave in Chicago, which served as a firehouse from 1916 until January 17, 1974. The renovation project that began in the late 1990s including removing the kitchen and poles to make way for exhibits, such as old fire trucks. Meanwhile, the Ken Little library is scheduled to reside in the museum's second floor, which is currently being renovated. The library will serve as a research facility as well as house books, photographs, and other unique artifacts.

1 "Museum History," Fire Museum of Greater Chicago, last accessed August 2, 2016, http://www.firemuseumofgreaterchicago.org/visit-us/history.html 2 Robert Bruegmann, "Built Environment of the Chicago Region," Encyclopedia of Chicago, last modified 2005, http://www.encyclopedia.chicagohistory.org/pages/181.html. 3 George W. Hilton, "Eastland," Encyclopedia of Chicago, last modified, 2005, http://www.encyclopedia.chicagohistory.org/pages/408.html; Also, see, for example, "What Happened," Eastland Disaster Historical Society, accessed August 2, 2016, http://www.eastlanddisaster.org/history/what-happened. The site explains, "The S.S. Eastland, known as the "Speed Queen of the Great Lakes," was part of a fleet of five excursion boats assigned to take Western Electric employees, families and friends across Lake Michigan to Michigan City, Indiana, for a day of fun and fellowship. But the festivities were short-lived and quickly turned tragic.The Eastland, docked at the Clark Street Bridge, never left the Chicago River. Tragedy struck as the ship rolled over into the river at the wharf's edge. More than 2,500 passengers and crew members were on board that day – and 844 people lost their lives, including 22 entire families." 4 "Museum History," Fire Museum of Greater Chicago.