Over the course of 66 years, the nuns who ran the Home of the Good Shepherd housed, educated, counseled, and vocationally trained over 8,000 young women. The building has outlasted lightning strikes, arson, and potential redevelopment as a shopping center. Since the facility closed in 1973, this National Register of Historic Places site and Seattle Landmark has been transformed into a multi-purpose community center and urban agriculture space operated by Historic Seattle. 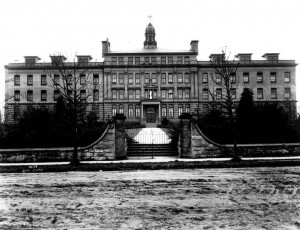 The Center Chapel (image from Wikimedia) 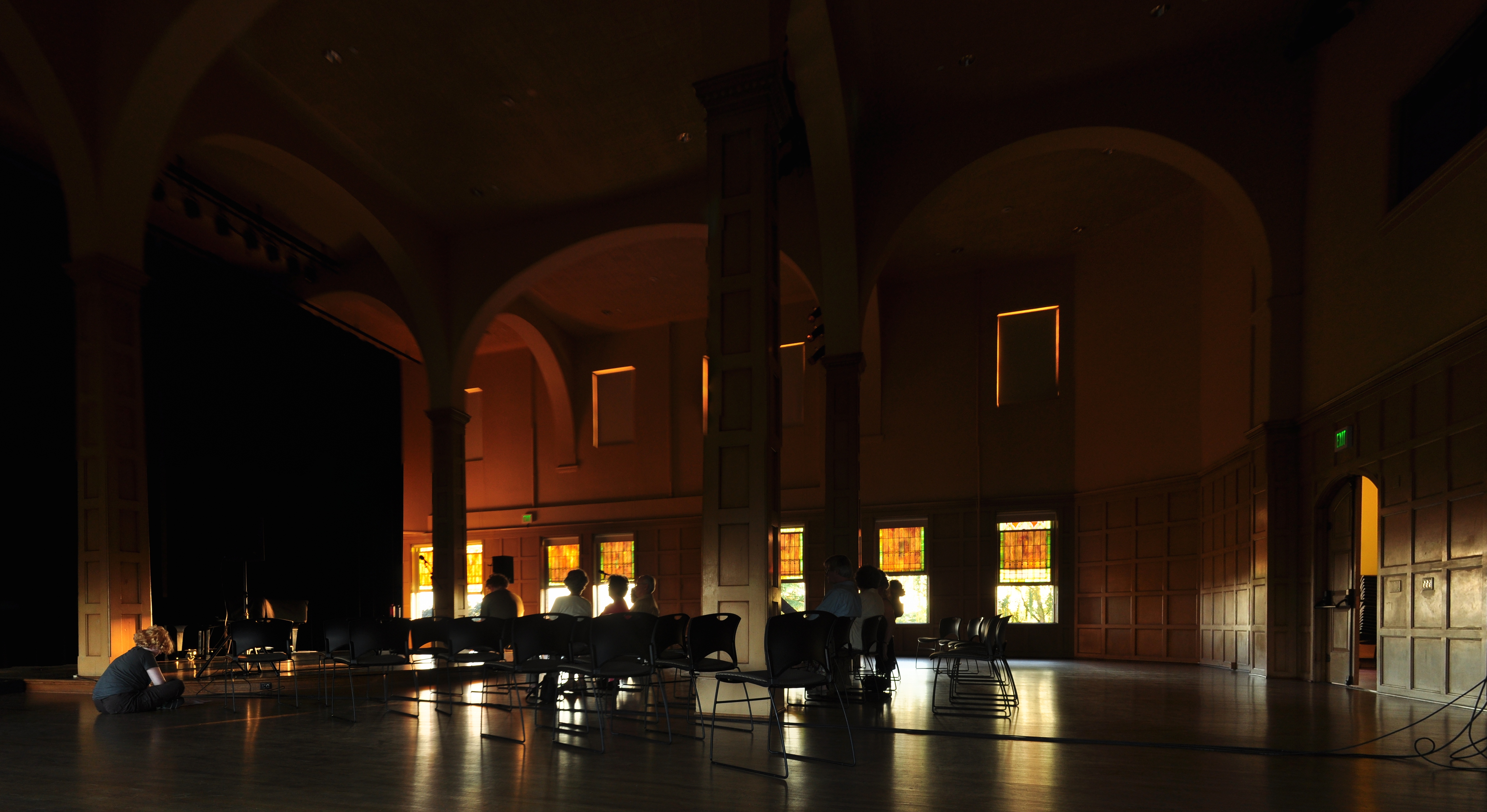 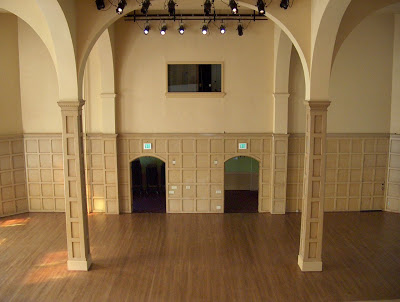 Stage and piano in the performance space (image from Chapelspace Blog) 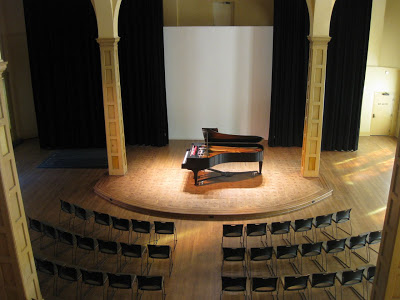 History of the Home of the Good Shepherd

The Order of Our Lady of Charity of the Good Shepherd, or the Good Shepherd Order, was founded by Frenchwoman Mary Euphrasia Palletier in 1835. Over a hundred convents of the Order opened during the next several decades, dedicated to sheltering and educating delinquent and orphaned girls. At the request of a Seattle priest and the Bishop of Nisqually, five nuns of the order arrived in Seattle by train in July of 1890 and established an orphanage in a donated seven-room residence on First Hill. By September, seventeen girls were in their care, and the Order purchased a second house, and an addition was built onto the first with lumber donated by local merchants [1; 3]. Further local help came when, during the Panic of 1891, the Order struggled to pay for food for the girls; local farmers donated meat, fish, fruit, and vegetables [1]. The institution quickly outgrew these facilities, and in 1905, Seattle architect C. Alfred Breitung was commissioned by the nuns to design a new building in the desirable neighborhood of Wallingford: the Home of the Good Shepherd [1; 3]. The Home accommodated 171 girls and opened on July 29, 1907; the architect sent ice cream for everyone on opening day. Repairs were made after the north dormitory was struck by lightning later that year, and a balcony, sidewalks, and a retaining wall were added in 1908-1909 for the Alaska-Yukon-Pacific Exposition [3].

Situated on 11.5 acres, the Home had room for orchards, vegetable gardens, poultry houses, root cellars, and a few cows, providing most of the food for meals [1; 3]. Funding came from the Good Shepherd Aid Society at first, and later from the Seattle Community Fund, the Seattle Times, the Bon Marche department store and other local organizations, and Boeing. The main floor held two kitchens—one for the girls and one for the Sisters and employees—with separate dining halls, and there were separate wings for orphans (the north or Angel Guardian wing) and delinquent, wayward, or penitent girls (the south or Sacred Heart wing) referred by courts or their families. The Home took in girls from all over Washington state, as well as from Alaska, charging according to the families' means or the county's provisions. Originally, the girls studied "character education, voice, piano and other instrumental music, needlework, dressmaking, public expression, catechism, vocational training, basic academics, and physical education," and the "delinquent" girls worked in the Home's commercial laundry, which earned money for the institution; clients included the Great Northern and Northern Pacific Railroads and several Seattle hotels. In 1926, the orphans of the Good Shepherd moved to a separate facility, the Sacred Heart Villa in the Laurelhurst neighborhood, and the north wing became the nuns' residence [3].

St. Eurprasia's School, the Home's four-year high school, began operation in 1939. Despite the vocabulary of the time, the school philosophy stated, "A sister of the Good Shepherd always dislikes the word 'delinquent girl'…In most cases, the girl herself is not the 'problem', but she has a problem to big for her to solve," [1]. As new classes, occupational training, and recreational options expanded throughout the 1940s and 1950s, additions were made to the facilities including a science and art annex in 1954, an outdoor pool in 1959, a model apartment for home economics courses, sports fields, and an outdoor roller skating area. Changes in Church policy by the 1965 Vatican II Council granted the nuns of the Good Shepherd Order more freedom, and in turn the Sisters granted their wards more freedom, as well, creating a less strict, more home-like environment in the Home. Unfortunately, one of the girls started a fire in the attic on August 7, 1967 and caused severe damage in the top floor of the South Wing. In the 1970s, the Home struggled financially as the demand for laundry services from the railroad disappeared, contributions declined, and maintenance costs rose [3]. The Home closed in June of 1973, having provided shelter, education, counseling, and vocational training for over 8,000 young women over the course of 66 years [1; 3].

A proposal to develop a shopping center which the Wallingford community opposed and defeated gave way to the purchase of the property by the City of Seattle, which then transferred the property to the Parks Department and Historic Seattle for use as a community center. The community center, operated by Historic Seattle, is home to the Wallingford Senior Center, the Meridian and Neo Art Schools, non-profit organizations including Alliance Française and Seattle Tilth, a resident artist program, a performance and rehearsal space in the former chapel, and urban agriculture programs [2; 3; 4]. The site is listed on the National Register of Historic Places and is a Seattle Landmark [4].