The Miike Maru historical marker in Waterfront Park commemorates the spot where the first trade ship from Asia arrived in Seattle. The Japanese steamship Miike Maru was received with great fanfare in 1896, and brought regular shipments of cargo and passengers across the Pacific until 1929 [2; 5; 6]. 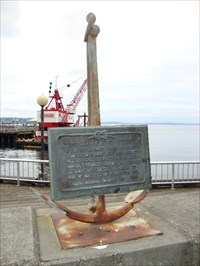 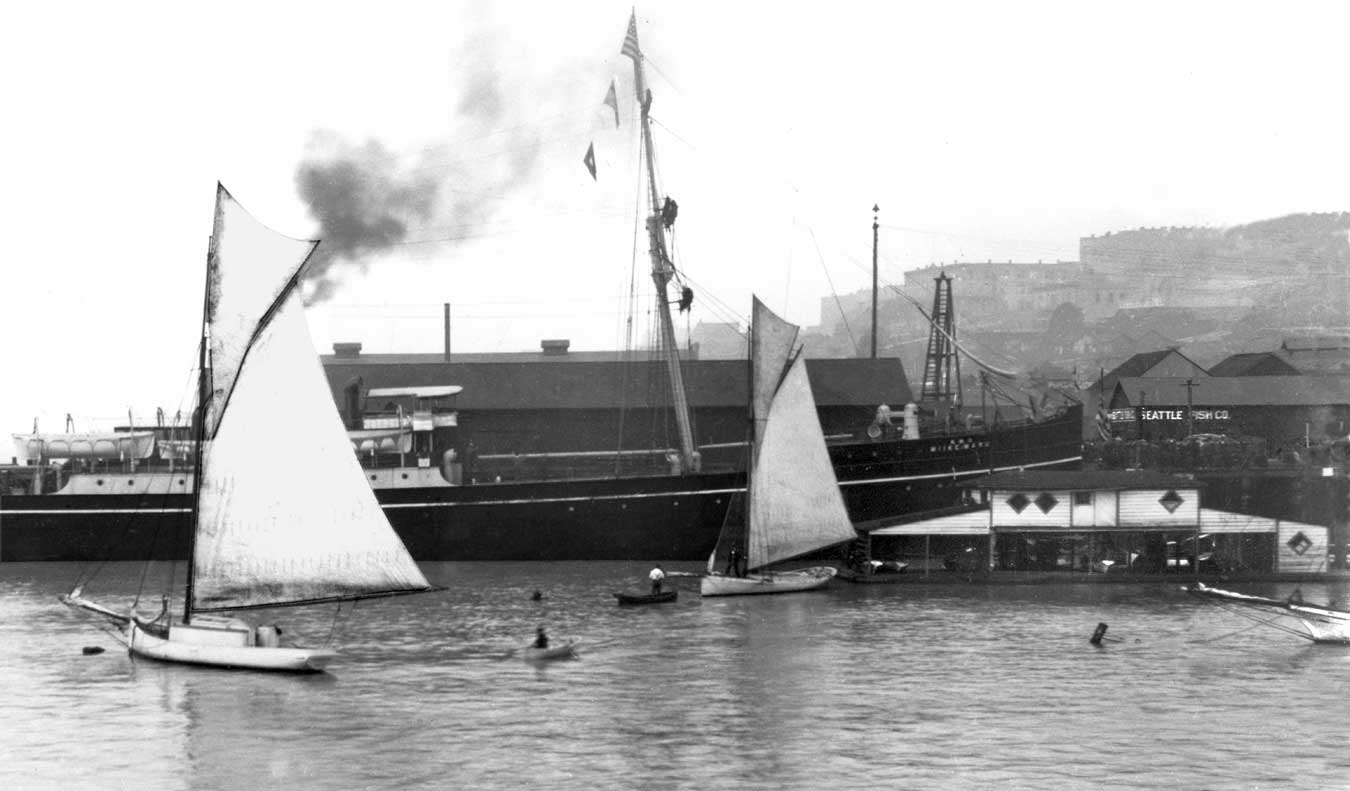 The Miike Maru historical marker in Waterfront Park commemorates the spot where the first trade ship from Asia arrived in Seattle. The Japanese steamship Miike Maru was received with great fanfare in 1896, and brought regular shipments of cargo and passengers across the Pacific until 1929 [2; 5; 6].

Though incidents of trade occurred between the American Pacific Northwest and Japan had occurred even in the 18th century, the steamship Miike Maru was the first regularly-scheduled commercial ship between the United States and Japan [2]. The steel screw steamer was constructed in 1888 by Robert Thompson & Sons of Southwick and purchased by the Tokyo-based Nippon Yusen Kaisha (Japan Steamship Company) [3; 5]. The ship brought its first cargo to America on August 31, 1896, a year after the Japanese Consulate was established in Tacoma [2; 3]. Nippon Yusen Kaisha chose Seattle as their only North American port after considering San Diego, San Francisco, and Portland, marking the city as a vital international center of trade and answering the fondest hopes of James J. Hill, owner of the Great Northern Railway Company, who had brought the transcontinental line to Seattle specifically to connect to trade with Asia [1; 3]. Accordingly, Seattle received the arrival of the Miike Maru with great excitement and fanfare when it brought its first cargo of 488 tons of freight, 8 passengers, and 253 Japanese immigrants to port [2]. Several Nippon Yusen Kaisha steamships served the Port of Seattle thereafter: the Miike Maru, Yamaguchi Maru, Kinshui Maru, and Sakura Maru. Cargo included not only Japanese goods, but goods from China and elsewhere in Asia, as well: teas, silk and silk products, camphor, soybean oil and ginger, paper, curios, and straw matting. Seattle shipped back lumber, coal, metals, wheat and flour, cotton, hardware and nails, fish, leather, beer, and tobacco to Yokohama, Kobe, Nagasaki, and Hong Kong [2; 3].

The census recorded only one Japanese resident in the state of Washington in 1880 and 125 Japanese residents in Seattle in 1890; by 1900, Seattle was home to 3,900 Japanese immigrants residents, and in 1901, the Japanese Consulate moved from Tacoma to Seattle. Many Japanese immigrants fished or labored in sawmills or on railroad construction, but the city's Japantown was also home to farmers, merchants, restaurateurs, shop owners, innkeepers, and students [1]. The Miike Maru served briefly as an auxiliary ship in the Russo-Japanese War in 1904, but returned to its use as a cargo ship afterward; it was stranded at Tomai, Karafuto in 1929 and subsequently broken up [3; 5]. A World War II Japanese troop transport ship was later named the Miike Maru, but was an entirely different construction and vessel.

Miike Maru / Historical Point of Interest / At this site on August 31, 1896, the Nippon Yusen Kaisha Steamer ‘Miike Maru’ arrived with her cargo of tea. This was the first regularly scheduled steamer service between the Orient and Seattle and marked the birth of Seattle as an international port / Erected National Maritime Day – 1968 / Yukon Club & Propeller Club – Port of Seattle.