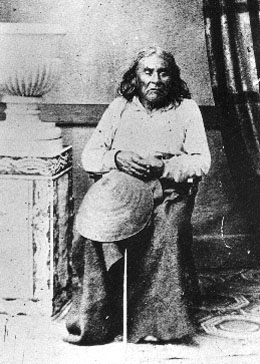 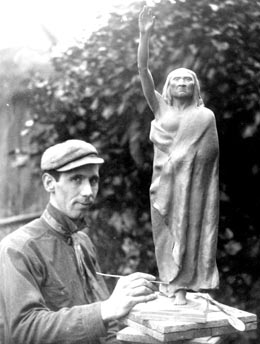 1912 Dedication of the statue (image from Seattle Municipal Archives) 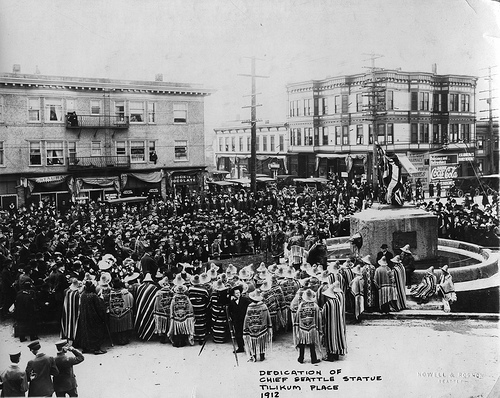 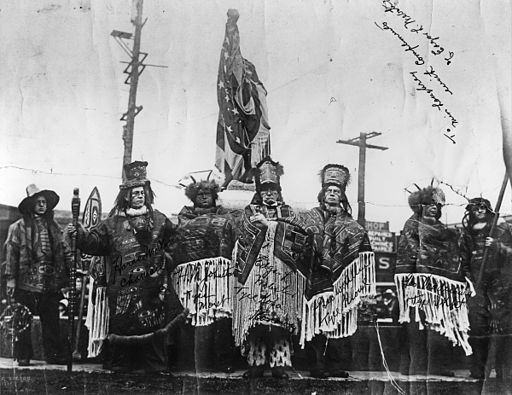 Detail of left side of monument (image from Historical Marker Database) 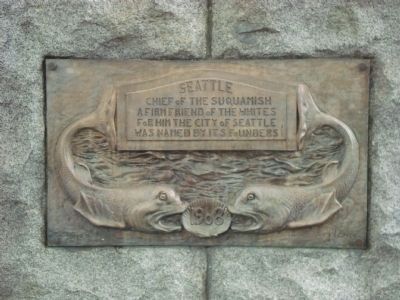 Detail of right side (image from Historical Marker Database) 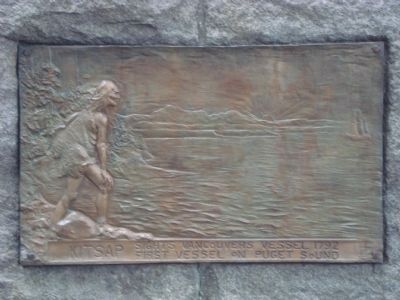 Chief Seattle and His Namesake City

Chief Seattle (Noah Sealth) was born on the Kitsap Peninsula of Blake Island (the Old-Man-House village) between 1783 and 1786, the son of Suquamish Chief Schwaebe and Scholitza, his Duwamish wife [3; 4; 6]. During Seattle's youth, Captain George Vancouver (1758-1798) explored the Puget Sound in 1792 [4; 6]. Before Europeans returned to settle permanently, Seattle gained respect among his people through his oration, diplomacy, leadership, and strategy, initially by preventing a raiding party from upriver from attacking the Suquamish and Duwamish people of central Puget Sound. In his early twenties, he became Chief, and was recognized by both tribes due to his parentage; in the first two decades of the 19th century, the Duwamish of Alki Point had moved to Suquamish on Agate Passage, and Seattle was recognized as headman of the Allied Tribes of the Puget Sound Region from Cedar River and Shilshole Bay to Bainbridge Island and Port Madison [2; 4; 6].

In the 1850s, Europeans began settling the region. The Arthur Denny party was welcomed at the mouth of the Duwamish River by Chief Seattle, who subsequently befriended Denny, Carson Boren, William Bell, and David S. "Doc" Maynard [2; 3; 6]. The Hudson's Bay Company established the first European settlement near present-day Olympia, at the mouth of the Sequallitchew Creek, where Seattle came to trade with the newcomers [6]. Seattle was baptized as Noah by Catholic missionaries, and convinced Maynard to move his general store from Olympia to the village of Zechalalitch/Duwumps on Elliot Bay; Maynard opened the "Seattle Exchange" in 1853 and later persuaded the settlers to rename the town Seattle in 1855. That same year, along with several other tribal leaders, Seattle signed the Point Elliott (present-day Mukilteo) Treaty, ceding ownership of most of the Puget Sound basin to the United States Government in order to avoid a military conflict [2; 3; 4; 6]. In exchange, the United States offered reservation lands, protected fishing and hunting rights, education, health care, money, and other benefits, little of which was ever actually delivered [4; 6]. Chief Seattle retired to the Port Madison Indian Reservation and, in spite of his own disappointments, did his best to prevent violence over the ensuing conflict and remained on friendly terms with Maynard, Denny, Bell, and others in the new city of Seattle [2; 4; 6]. His only known photograph and his most famous speech were taken and given in the city before his death of fever on the reservation on June 7, 1866 [4; 6].

The Statue at Tilikum Square

James A. Wehn (1883-1973), originally from Indianapolis, moved to Seattle with his parents at the age of six. He worked with his father in the family iron and brass foundry, then apprenticed to an Indianapolis sculptor from 1900-1905. Best known for his well-researched sculpture of Chief Seattle, he also established the University of Washington's sculpture department in 1919, designed the official seal of Seattle in 1936, and created several other monuments for the city [1; 2]. In 1907, Wehn was commissioned by the city to design a sculpture to be placed at the intersection of the property boundaries of Seattle founders Carson Boren, William Bell, and Arthur Denny. The intersection, in the Potlach Meadows used for generations of American Indians for feasts and games, was renamed Tilikum (meaning "Welcome" or "Friend" in the Chinook language) and is now part of the Seattle Center [2]. Chief Seattle was, appropriately, chosen by Wehn as the subject of the statue which was to commemorate the friendship the city founders received from the Puget Sound Indian tribes, and a local firm cast the form in 1908. Unfortunately, the casting was so unacceptable to the sculptor that Wehn loaded the plaster cast into a wheelbarrow and dumped it into the bay, threatening to abandon the project altogether if he were not given creative control and a choice of foundries for the casting [1; 2]. Wehn spent 1911 in Indian villages to work with live models and used the only photograph ever taken of Chief Seattle to create a second statue, which was cast in New York in 1912. The bronze sculpture was dedicated on Founder's Day, November 13, 1912, and was unveiled by Chief Seattle's great-great-granddaughter, Myrtle Loughery [1; 2; 3]. The statue, which was the second public artwork in Seattle and the first of Wehn's civic works, is listed on the National Register of Historic Places [2; 3].

[Left side of the monument]