This impressive home was built in 1875 by Joseph Magoffin, a successful businessman and important community leader in El Paso. The house is constructed in adobe and designed in the Spanish Territorial and Greek Revival styles. Joseph Magoffin and his descendants lived in the house for over 100 years. The house has 19 rooms, 8 fireplaces and features many original family items, including a large canopy bed, and other items brought in to enhance the historical nature of the home. Given its historical importance, the house and surrounding grounds were placed on the National Register of Historic Places in 1971. Every year the home hosts a Victorian tea, a holiday tea, and other public events.

The Magoffin home. Here you can see its beautiful adobe style architecture. 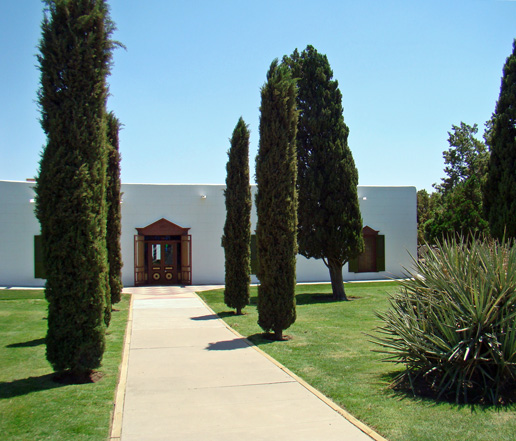 One of the living area rooms that has been carefully recreated. 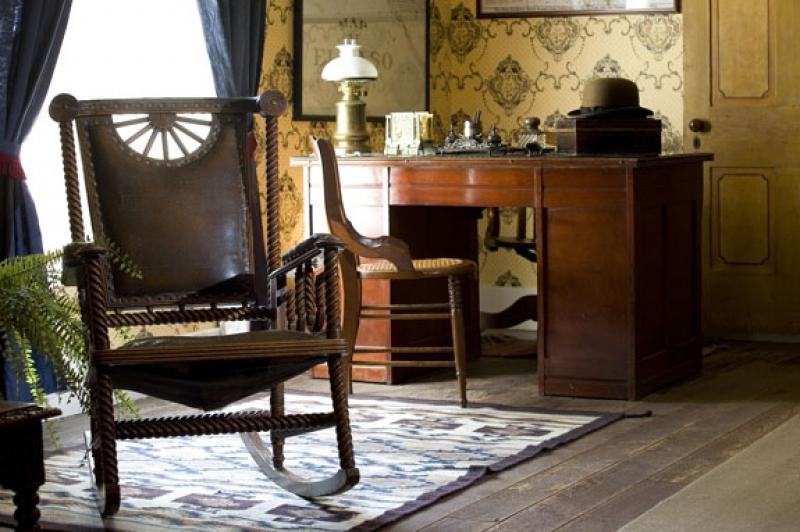 Photo showing some of the family that used to live there. 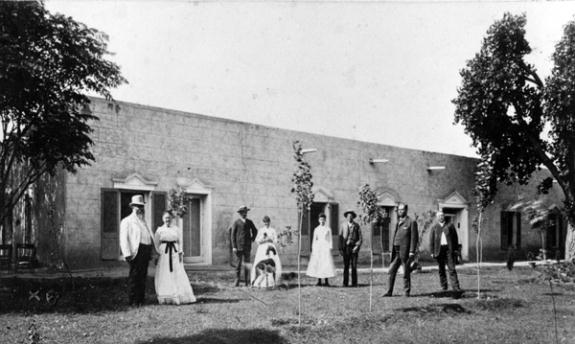 Joseph's father, James, moved to Mexico from Kentucky in the 1820s and became a successful businessman. Joseph was born in Chihuahua, Mexico and received his education in Kentucky and Missouri. He moved to El Paso in 1856 to work in his father's business there and gradually earned solid reputation in the community and became successful himself. He married his wife Octavia in the early 1870s and together they had four children. Joseph would become a four-term mayor, county judge, found State National Bank, and hold many other civic positions.

Joseph's granddaughter, Octavia, lived in the house until she passed away in 1986. Restoration efforts began many years before when in 1977 the historic preservationist Eugene George started restoring it to the original glory. Today, the home is owned by the City of El Paso and the State of Texas and the Texas-Historical Commission maintains it.