The Abbot House, formerly known as the Abbot Spalding House is located in Nashua, New Hampshire. It was inducted into the United States National Register of Historic Places in 1980. The Nashua Historical Society now owns and operates this museum since purchasing it in the year of 1978. Inside the house, artifacts, exhibits and furniture from the Spalding family are available for observation. Tours are available every colander year by appointment only. 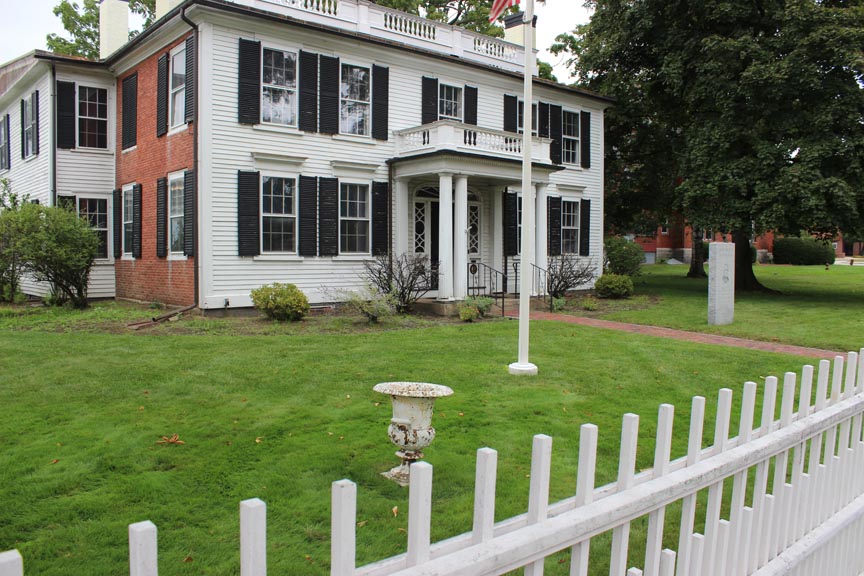 The Spalding family owned this house for seventy three years prior to it being purchased by the Nashua Historical Society. This house was built between the years of 1802-1804. It is a two story house with a wood frame. The style of this historical house entails a Federal Revival style with brick side walls which was a rare local feature during the time in which this house was built. In 1842, renovations were made to the Abbot House. During this year, a Greek Revival addition was added. Along with the additions, many renovations have been made to the Abbot house over recent years. Inside this house are various pieces of furniture that the Spalding family collected over the years. The furniture that was collected over the years by the family is known to be of high quality and value
Over the years, this house became home to many  successful and prominent people of Nashua. Daniel Abbot was the father of Nashua, George Perham and William Spalding. In the day, the Abbot House was known to be a common meeting ground. In the 1970’s this house was purchased by the Nashua Historical Society from Miss Sylvia Spalding.
This museum not only offers yearly tours by appointment only, but also offers teacher workshops, historic lectures, and annual scholarship programs. The Nashua Historical Society also works with both Boy and Girl Scott programs. It also offers programs such as adopt an artifact. All the proceeds from this program are used in conservation and preservation of this historical landmark,

Open per calendar year and by appointment.