After 2012, the Motorola sign replaced the Santa Fe sign that held its place on the roof for more than a century. The Santa Fe sign now resided in Union, Illinois at the Illinois Railway Museum. 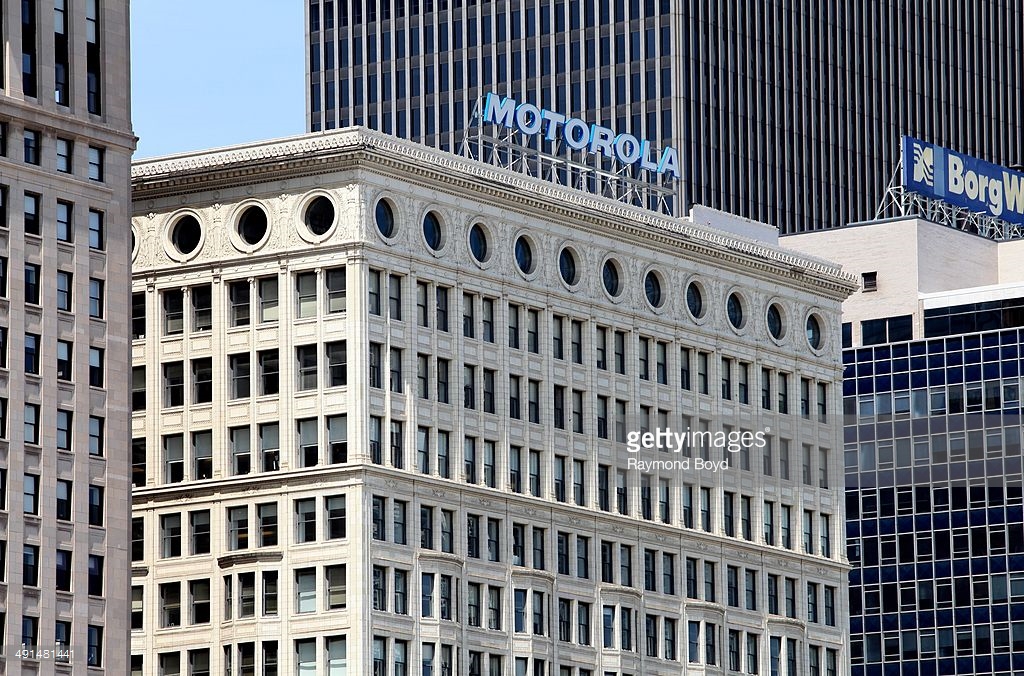 The Santa Fe Building, now known as the Motorola Building, is one of the shining examples of the Chicago School of Architecture, which provided the impetus for the modern day skyscraper. An integral figure in that architecture style was Daniel H. Burnham, whose firm built the Santa Fe Building (completed in 1904). Although its original tenants were the Santa Fe Railroad company who used the building for as a railway exchange, many architectural firms owned offices in the building.1

Burnham and his firm were one of the architects that used the space. In fact, one can still glance upon the northeast corner of the roof and "see the top of the penthouse Burnham had built as the space where the Plan of Chicago (1909) was to be prepared."2 Influenced, in part, by Georges-Eugène Haussmann, who designed a new Paris for Napoleon III in the late 1840s, Burnham looked to make Chicago a new type of Paris. However, that entailed wide buildings rather than tall buildings. Obviously, the city of big shoulders certainly did not evolve as Burnham had hoped. The building from which Burnham orchestrated the Plan of Chicago proved to be of greater influence than his actual vision for Chicago.

However, one principal aspect of the Plan of Chicago existed in having an expansive set of parks, including along Chicago's lake shore. Today's Grant and Millennium Park exist as manifestations of that vision, ironically keeping the Santa Fe building and Chicago's majestic skyline in full view, providing Chicago with much of its identity.3 One can now bask in the idea of making Chicago's shoreline a park while looking at the very building where people conjured that idea. More than that, one can look at the skyscrapers that Burnham (and his partner, Root), helped inspire.