The Illinois Railway Museum has the most extensive physical plant of any rail museum in North America. This is a nonprofit organization managed by a board of directors. The exhibits in this museum have also made an appearance in many films. 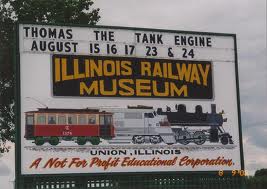 The Illinois Railway Museum, located 55 miles northwest of Chicago, is the largest railroad museum in the world.1 The museum opened in 1953, known then as the Illinois Electric Railway Museum, by ten individuals who acquired a high speed, lightweight car known as the car 65. The car was part of the The Indiana Railroad, which possessed some of the most technically advanced electric cars in the United States.2

As the automobile grew more prominent in American culture during the 1950s, more rail cars became available, notably Chicago and Milwaukee streetcars. More cars meant a need for more space and more workers, Railway enthusiasts volunteered to make the museum a reality and those with financial means donated money. By 1957, the Internal Revenue Service granted tax exempt status (501.c.3) to the Illinois Electric Railway Museum and then in 1961 the museum was given its modern-day name, the Illinois Railway Museum. In time, the museum was moved to its current location of Union, Illinois. Today, it is still run by volunteers - railway enthusiasts dedicated to keeping America's railroad history alive.3

In addition to the expansive collection of steam and diesel locomotives, there exists electric trolley buses,a Pullman Library, and a host of  train memorabilia. The museum has grown so large, and enjoys so many unique pieces, that has been used in several films, such as “A League of Their Own."

The Illinois Railway Museum is a nonprofit corporation owned and operated by its membership and managed by its board of directors.  Electric trains are operated from April to October and diesel and steam trains from May – end of September.  Trolley buses operate first Saturday n June, July, September and October. There are also plenty of special events, including one including Thomas the Train.