In 1733, Anglican minister John Garzia accepted a position as a minister to the small but growing congregation in what would become North Carolina’s oldest town. This historical marker honors Garzia's commitment to the frontier settlement as well as the history of St. Thomas Episcopal Church. Constructed in 1744, St Thomas is the oldest remaining church in North Carolina.

This historical marker is located next to St. Thomas Episcopal Church, the oldest remaining church in North Carolina. 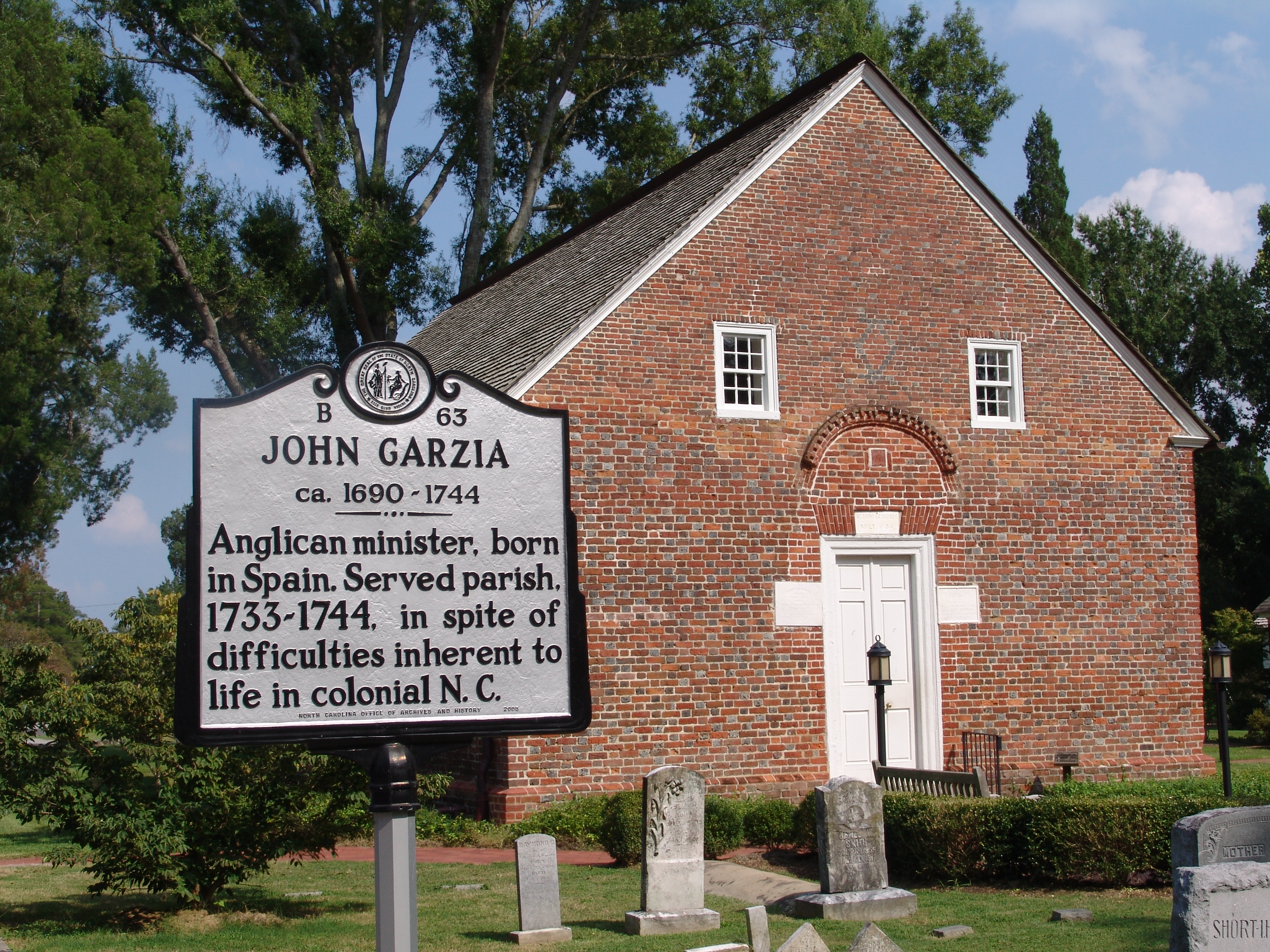 A closer view of the marker 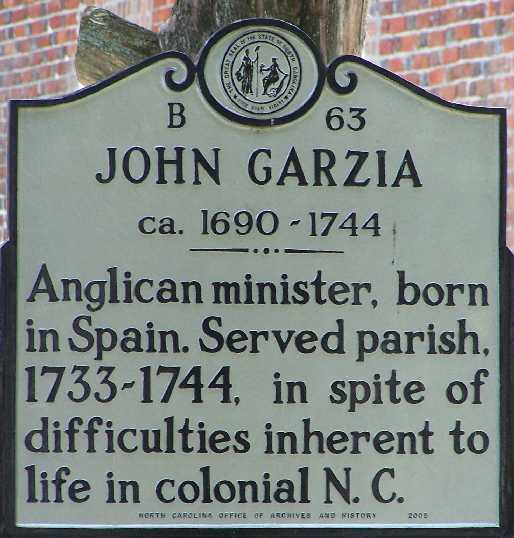 John Garzia was born in Spain and was serving as Catholic priest in Cadiz until his opposition to the oppressive practices of the church and crown known as the Spanish Inquisition caused him to need to leave Spain. Garzia found refuge in Northern Ireland, where he converted to the Church of England and once again became a minister. Working with the Society for the Propagation of the Gospel (SPG), a leading trans-Atlantic organization that sent ministers and missionaries to the New World, Garzia found his way to frontier North Carolina in 1733.

In his first year in the community of Bath, Garzia supervised the creation of St. Thomas Episcopal Church. He was influential in the community, traveling great distances to do the work of the congregation as well as helping area residents. It was during these travels that Garzia lost his life when he was knocked from his horse. The Society for the Propagation of the Gospel provided a small pension to provide for his family, and members of the congregation also came together to support Garzia's widow and children.