The mural, as seen from the street. 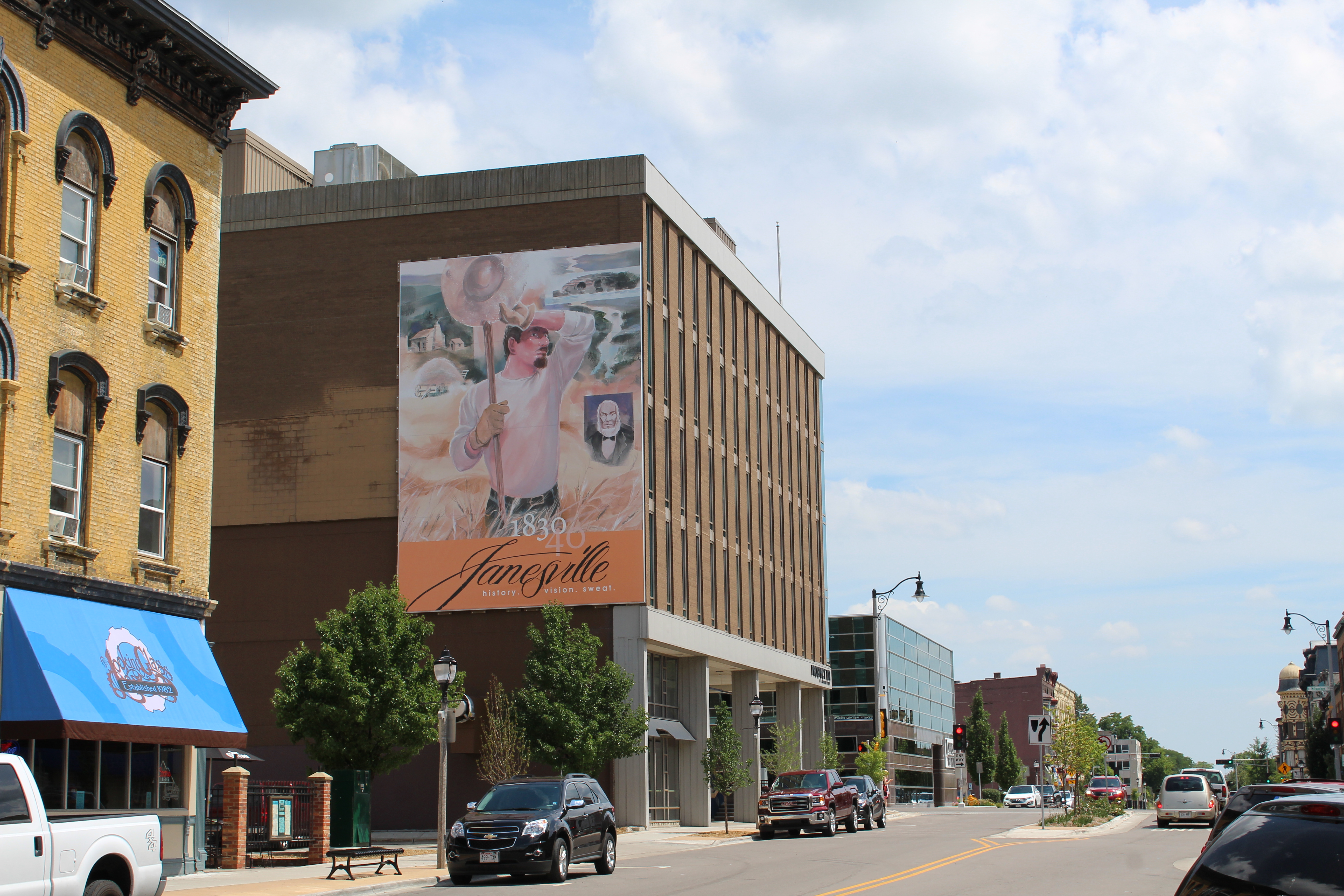 The mural is a testament to the hard work of pioneer farmers who plowed and tilled the land to make Rock County a leader in wheat production in the 1840s. 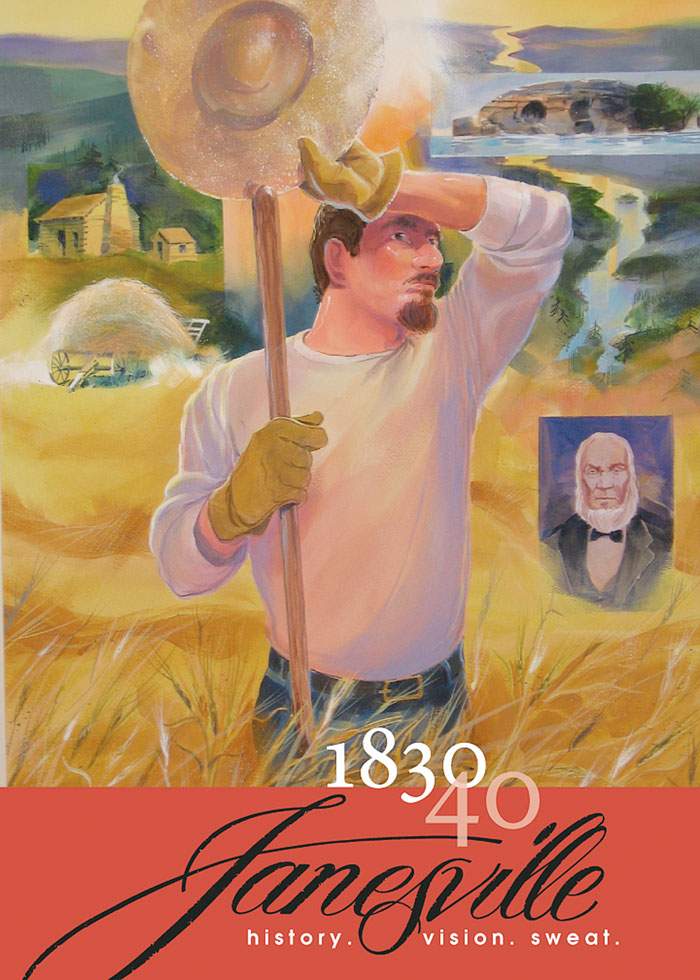 The first mural, located at 101 East. Milwaukee St., represents the growth of Janesville by land, representing the hard work and determination that went into agriculture in Rock County. Painted by Ron Wick of Rockford, IL the mural depicts an early pioneer farmer wiping his brow after working a hard day on his farm. Additionally, the portrait of Henry Janes, Janesville's namesake, graces the corner of the mural amidst a sea of growing wheat. You can also see the famous Monterey Rock, located near Monterey Park in the background.